Here are some screenshots from mine and fulla's project Day of Destiny 2, what you guys think? (its an AoS type map) 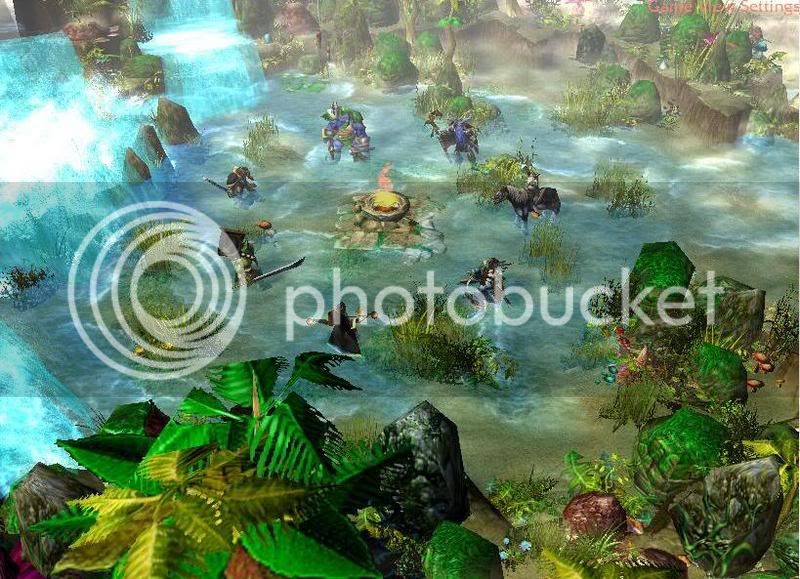 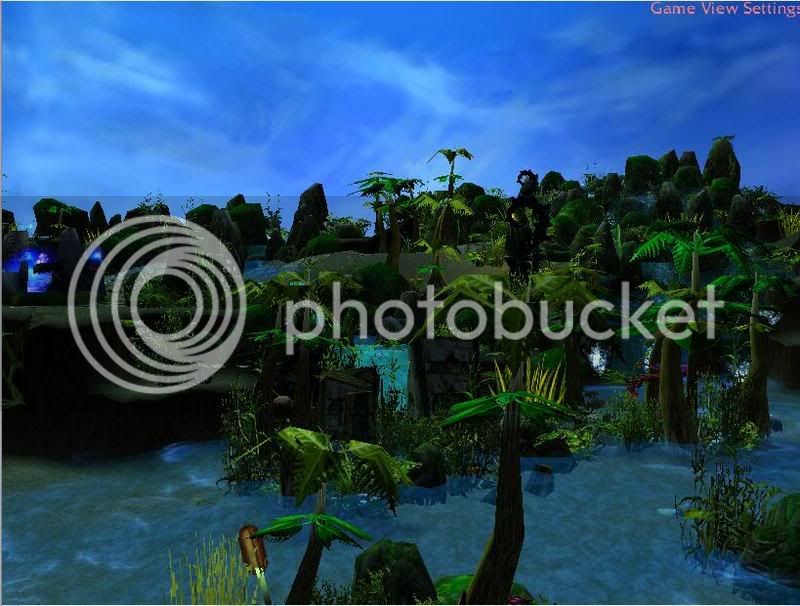 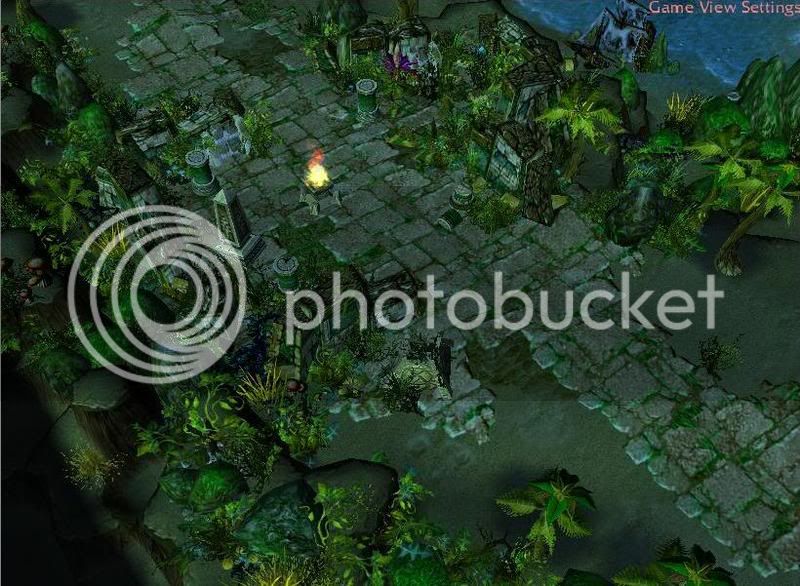 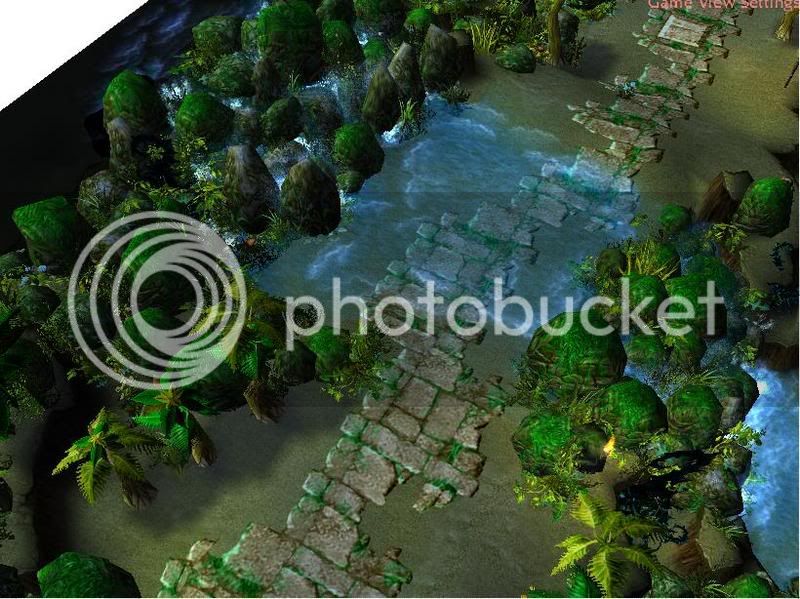 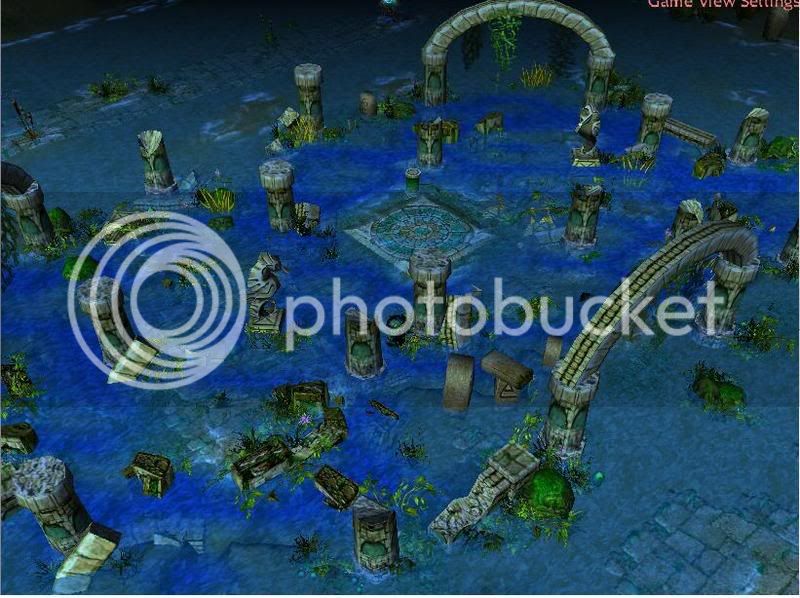 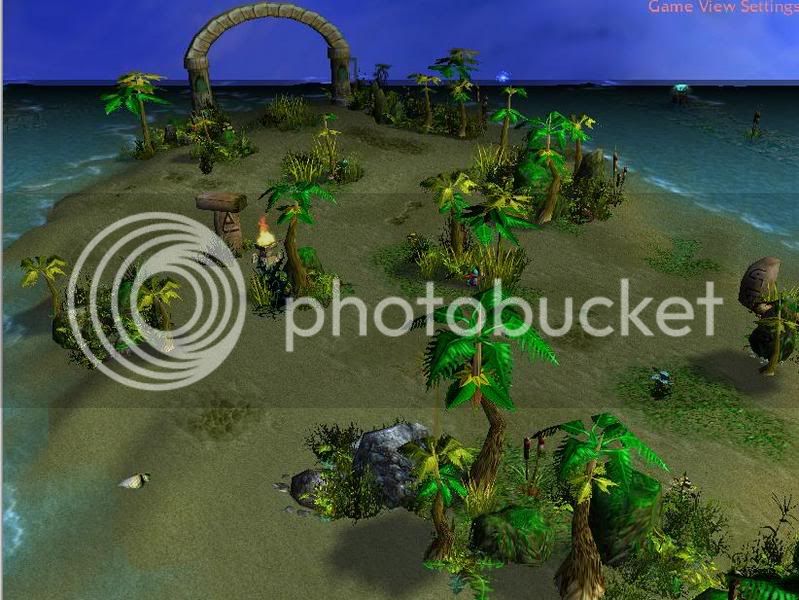 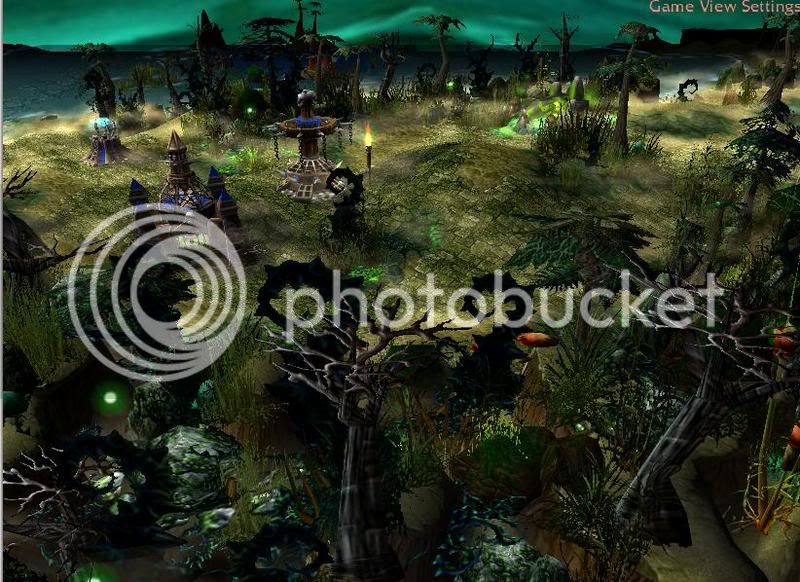 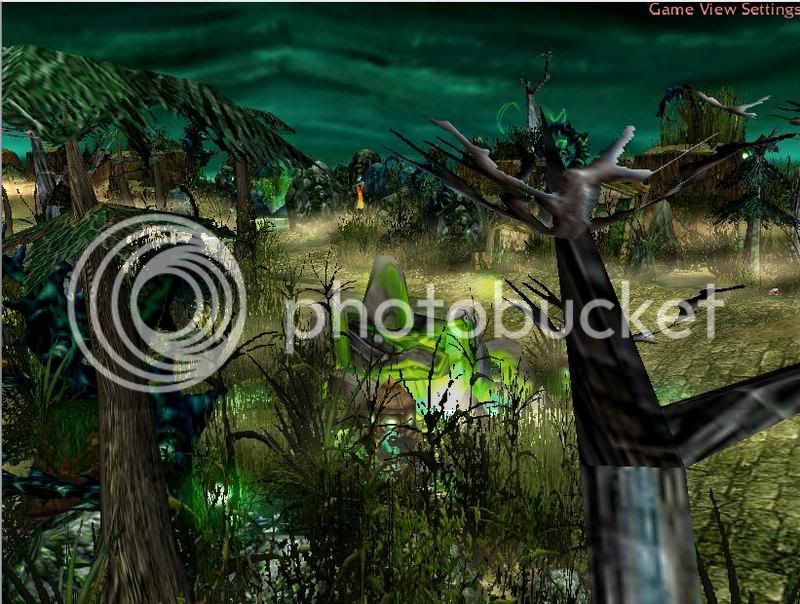 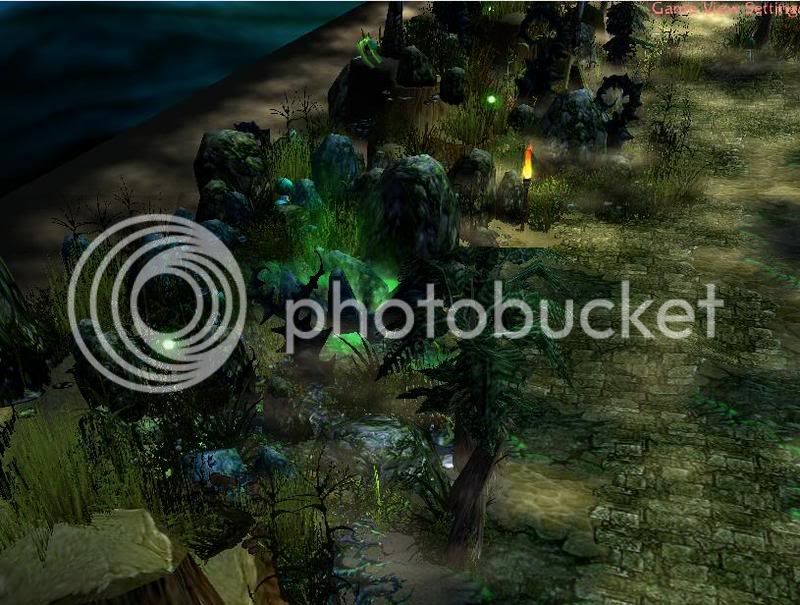 Tutorials 2
A promising project you got there

Should have placed bottoms one at the top thou, they look better, imo.

It is like a better ToB! The terrain is pretty kickass. I don't care for the water with the mass pillars, but it's not that bad.

Maps 6 Tutorials 6
Well while I think that the terrain is very looks very good, it would look a whole lot better with new fog. Try experimenting with some fog, and try and come up with some fog that suits the terrain a lot more then the normal black fog.

You mean the all incompassing fog you set in map options? yea I havn't really tried anything like that yet I tend to find it can be annoying and hinder gameplay but i will try some stuff out, and what you mean suits it better than the normal black fog im not using any? Also can these fogs be viewed in editor or must i open it in game to look every time?

Just hit V in the world editor and you will set it to game view.

Tutorials 2
Should get a few updates soon.

Models 1 Maps 1
I'm gonna have to disagree with you Gilles. I think Tides of Blood had better terrain. Tides of Bloods creativity in terrain and tile variation was a lot better than I'm seeing in these screenshots.
~Craka_J

Really? I thought the middle in TOB was awesome, but the rest was nothing to brag about. I'll have to look again. Maybe it's a subtle terrain!

Agreed that this terrain lacks tile variation. Also the paths are too straight. The water area looks pretty nice, maybe too many pillars, and the beach is decent.

Models 1 Icons 4 Skins 1
They are great!!All of them!I just didn't like the sea-like one

Templates 1
I like them, but maybe you could add some fog to the watery screenie aswell

Models 42 Icons 8 Packs 1 Skins 1 Maps 1 Tutorials 3
The undead terrain is spooky as hell, but the rest is a bit shaky with atmosphere.

A new updated for the Alliance Hero Selection area:
Shows the new fog.

Looks nice. The waterfalls look like they could use work, but it's hard to tell form this angle.

Models 4 Skins 3 Maps 1
Thats a great new one! I think the waterfalls are fine too...

Of course the shots are from the editor. I will assume that this is for a game, so what we need is to see these areas from the game - be it the cinematic wide-screen or the game with the interface. Things just look a lot different from inside the game than in the editor even with the editor game views there is still some differences.

The angles you have for all of your images supplied, along with the extremely far viewing ability of the editor compared to the game does not allow us to see what the player will see.

I give three examples as attachments:

Editor view: We are able to see to the edges of the map from editor there is no far z limitation.

Specialized Camera View: (Morlune the Mighty) The game camera follows behind the selected unit. In this image we see the short comings of the game map. There is a reason why the default game camera only lowers so far...

Default Game Camera view (Buzan the Fearless) scrolled down to the shallowest angle: We are not allowed to see the horizon or the sky or anything beyond the maximum limitations of far z. In fact is is most likely cut a bit smaller than the Far Z of 5000.

---> Both I used the cheat "iseedeadpeople" in order to see the farthest distance from the unit. The reality is that without that the view is even smaller.<---

Far Z (the distance one can see) in game is only 50000 - In editor terms, 6 large grid squares is about as far as the sky box goes from the selected unit. In my editor view compared to my specialized cam view you can see that many of by world edge trees are not seen in the game the Sky Box is closer than them. I have been battling for a year with my own desire for expansive views and the limited distance of the in game camera. The limit of only 6 large grid tiles of distance has made map making a real chore, there is only so many doodads, hills and what not one can use to make small 'rooms' for the character to be in.

There is a difference between pretty image terrain where the picture is taken from the Editor and used as say desktop wallpaper and in game camera views which have fog of war, black mask, the player interface (frame) and the very limited angle of attack of the camera and distance and all of that to content with. All of those have an impact on the final "how does it look" question.

IF at all possible I would suggest that you take in game shots. If the game has blackmask/fog of war then you need to have an invulnerable unit (Will not be attacked by placed hostiles) to run around from place to place to take screen shots of. His/her area of sight in the Fog and Mask will need to be taken into consideration when "judging" your terrain.

Cant place blight in water so looking for ideas of making it more 'dark/evil'. 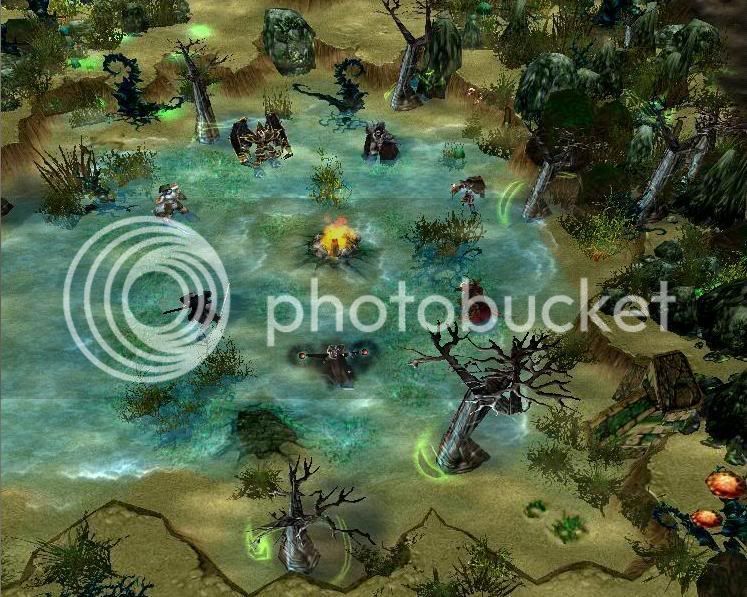 Templates 1
Ja can add blight, first raise the ground, add blight and then lower it

Cant place blight in water so looking for ideas of making it more 'dark/evil'.
Click to expand...

There is the GUI trigger command:

You can either tie it into a "unit enters region" or if you are really good you can try to tie it into camera location (I have no idea but read it somewhere else).

This way you could set the water tinting darker when a unit is in a certain area returning it to another tinting when not there.

Mor)L(unE said:
Ja can add blight, first raise the ground, add blight and then lower it
Click to expand...

I would agree.I am not sure if it works though.

I would create a region. Then add a fog to it. I think there is gray, maybe a black, can't recall.

Tutorials 2
thx for the feedback guys.
Chainer did a bit more work on both the areas. 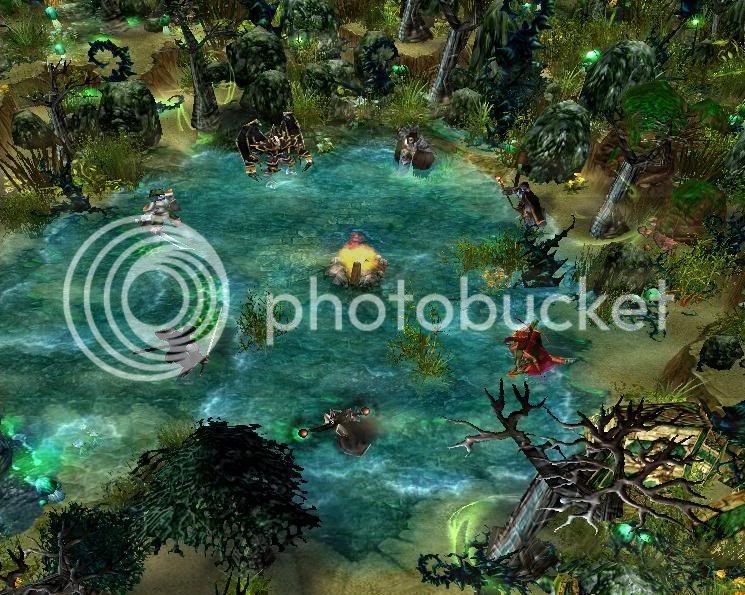 Improved the waterfalls, still need to work on the bottom left one. 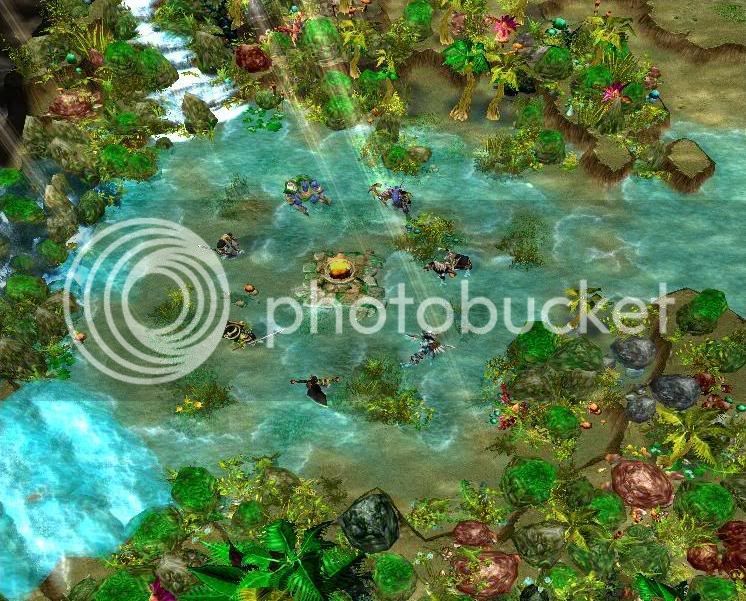 Models 4 Skins 3 Maps 1
They look better! The beastmaster skin is fine, if its what I think it is...

Huge improvement on the new terrains! Fix that last one though. The only thing I might want to change is the new waterfall is a bit small. Don't change it, but make the new one a little wider, more like how it is now, but with doodads.

Ah the reason the ud selection area looked so bright is cause fulla had lighting turned off, here it is with game view settings: 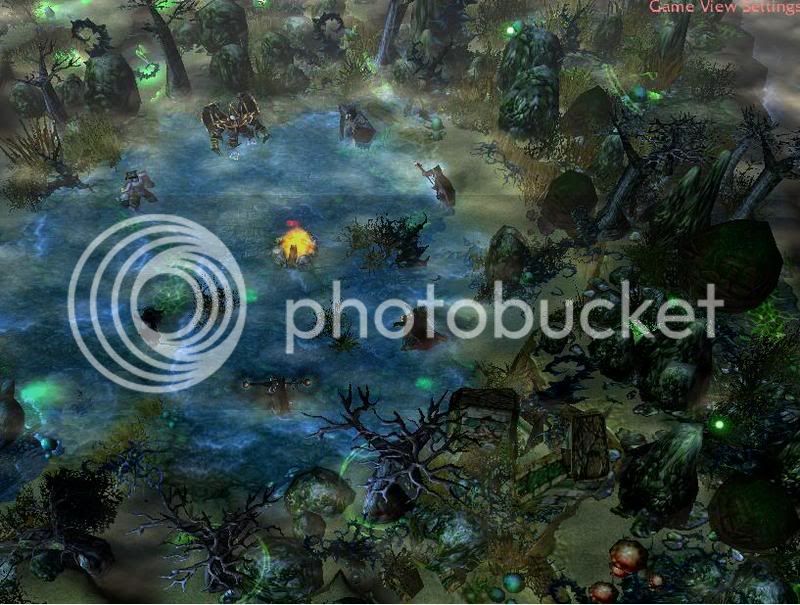 and here is the last waterfall finished: 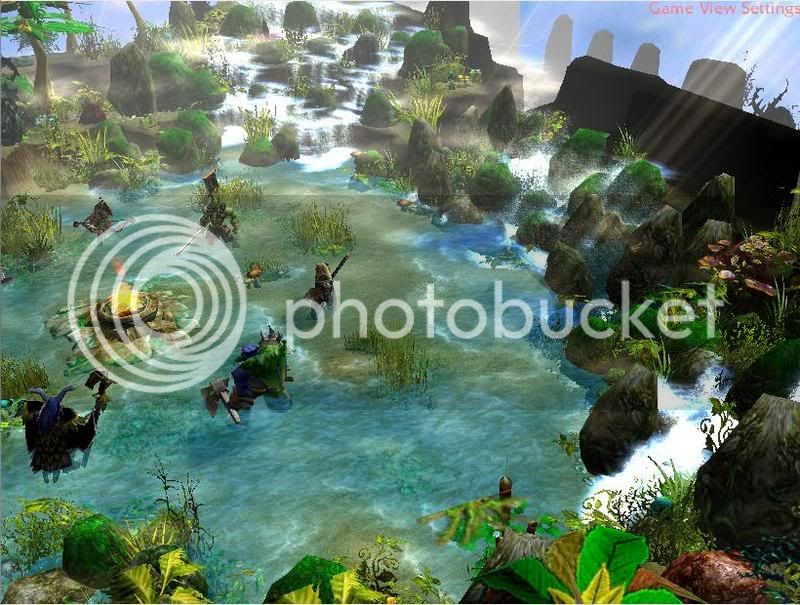 The undead one looks way better in game view! I really like both selection areas! Good work, keep it up!

Tutorials 2
Yea gradually there will be

Models 1 Icons 4 Skins 1
When will the project finish?

Models 1 Maps 1
Finally the terrain is beginning to interest me! Keep it up!

Skins 1
That Beastmaster skin is MINE! WOOOOHOOOO!
You must log in or register to reply here.