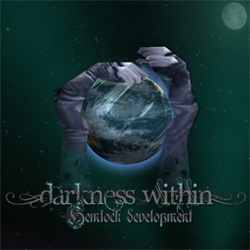 The Darkness Within is a thrilling Cinematic in which one tells another the story of the dark and sinister event that took place in city of Dorhalh.

This Cinematic was Made for the Hiveworkshop's Contest, and made it to the 1st place, winning the contest.

This map has not been locked, feel free to browse through it, however do not copy this, and please give credits where needed.

Brought to you by Hemlock Development