Tools 1 Maps 2 Tutorials 2
This tutorial works only for Warcraft III patch 1.29 and earlier.

Warcraft III has capability of playing movies similar to what Blizzard's intro and ending movies are. However, you need to know to what format to encode your movie that it works in the game.

By default, Warcraft III supports movies with a maximum width of 800 pixels. Therefore, a 16:9 movie will be 800x450 pixels. Blizzard used about 24 frames per second in their movies, but in this tutorial we will encode them with 25 frames per second. Moreover, you need to encode the movie with different codecs on Windows and macOS.

Preparing Your Movie
You can create your movie in any video editing software and then export it to MP4 or similar common format. It can be in any resolution, frame rate, etc. For the Gnoll Campaign intro movie, we used Final Cut Pro X and exported it to 1920x1080 @ 50 fps MP4. It was also the format we uploaded it to YouTube.

After preparing your movie, you need a software that can convert your movie into the right format for Warcraft III. It can be a video editing software or a specific video converter.

The exact options are shown in the pictures below: 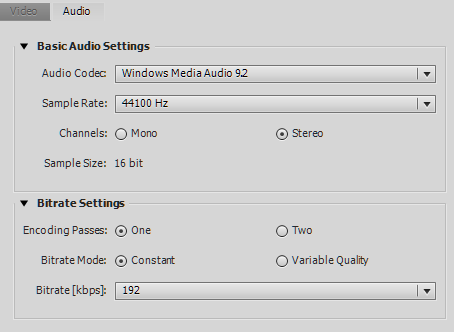 macOS Encoding Options
To encode your movie for macOS, you need a software that can encode into a specific AVI file format. We used MOVAVI Video Converter for Mac. The settings must be the following:
Encapsulation Format: AVI
Video Codec: MJPEG
Audio Codec: PCM

You must choose first the AVI format and then create a custom preset in the program. We named it "MJPEG PCM 6Mbps". You can use any name you want.

The exact options are shown in the pictures below: 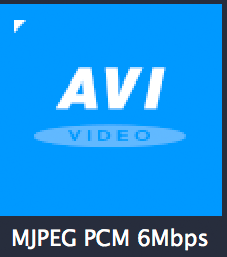 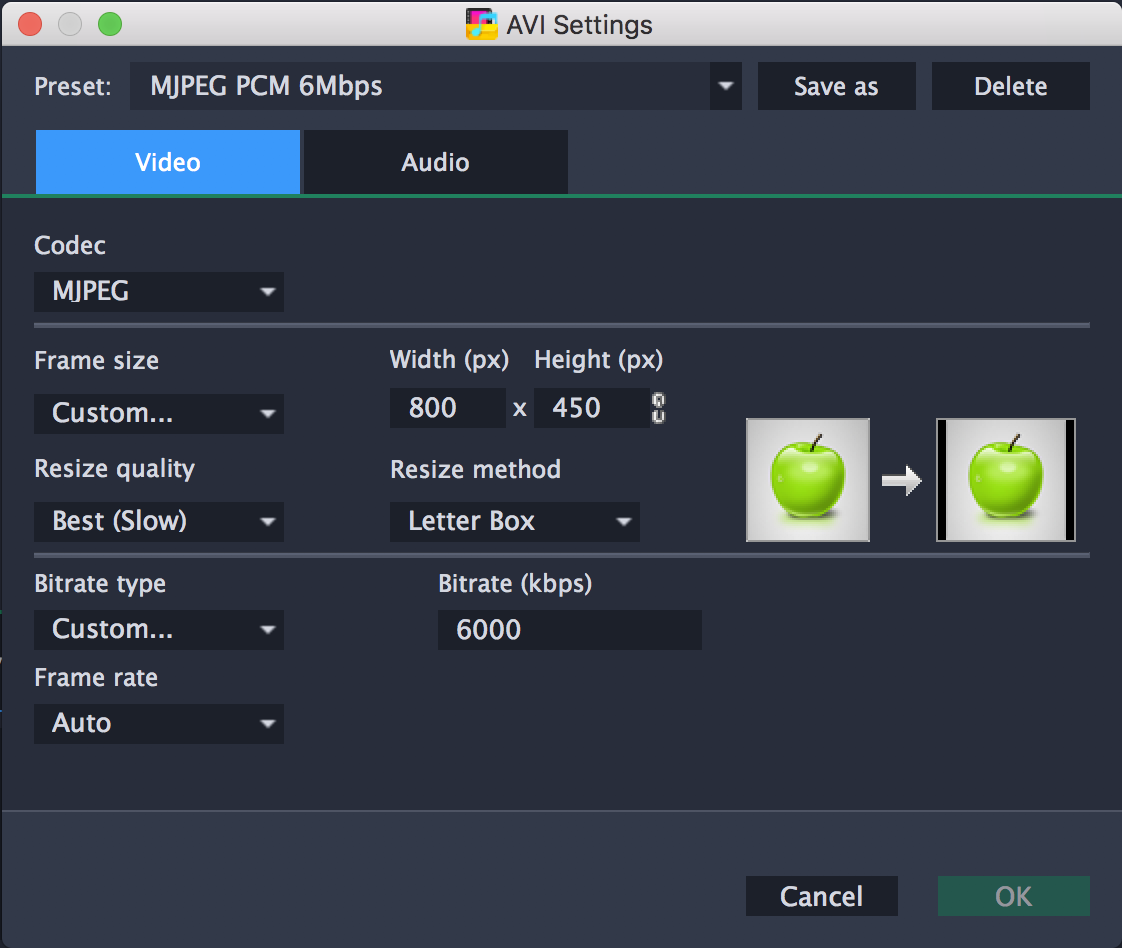 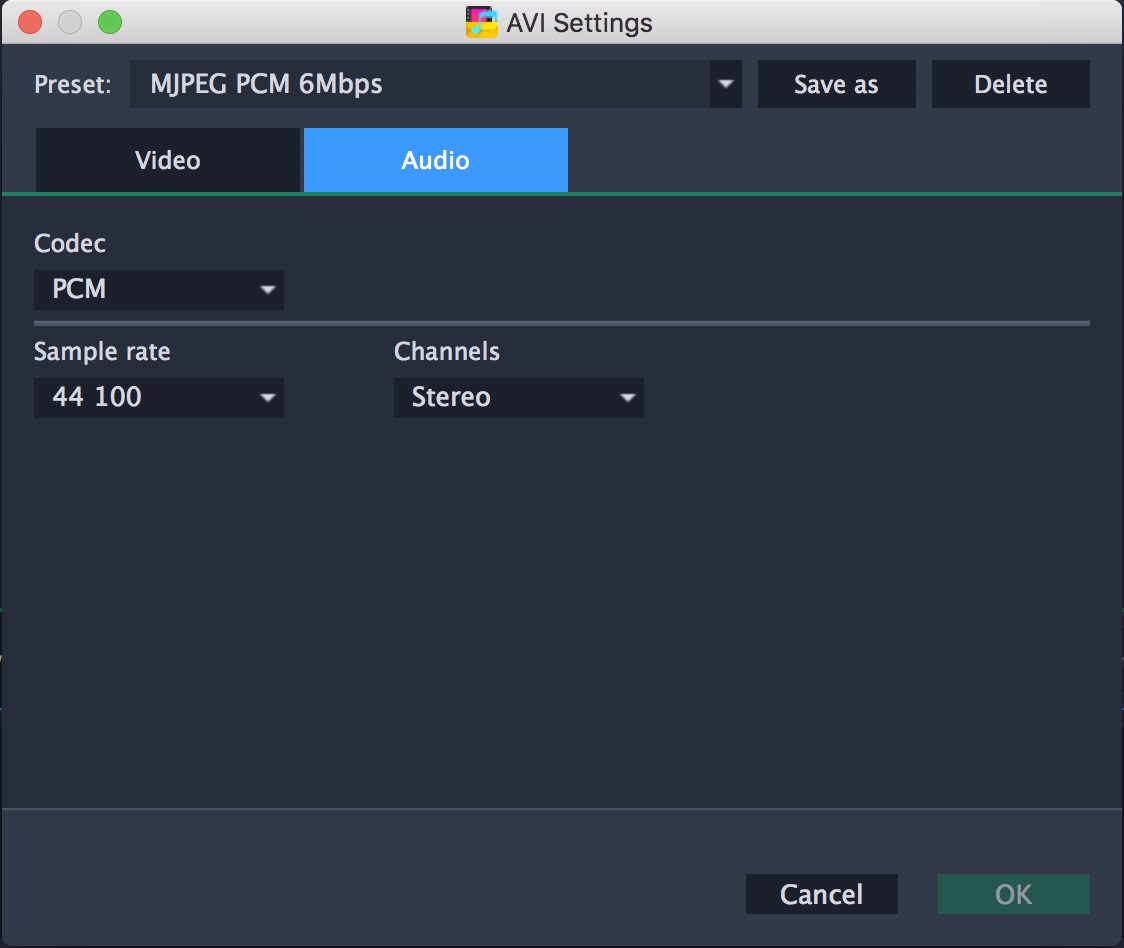 Renaming and Copying the Movies
To use the movies, you must rename them to <moviename>.mpq. We used GCIntro.mpq for our movie. The movie must have a .mpq extension regardless of what format it really is.

Playing the Movies
After you have converted the movies, you can play them with the custom PlayCinematic JASS command. However, it needs some extra work to show the movies correctly. The best way to learn how to show a movie correctly in Warcraft III is to look at an example.

Download the Gnoll Campaign and open it in the World Editor using the Campaign Editor. Export the CinematicIntro.w3x map or open it through the Edit Map command. There you can see how to the screen is made totally black with some imports and trigger actions and then the cinematic is played after a 0-second wait. Be free to take this example to your campaigns as well. Note that the best way to play a movie in Warcraft III is to make a separate map for it in your campaign.

Now you should be ready to create your custom movies for Warcraft III!

Icons 1 Tools 1 Spells 4 JASS 4 Tutorials 8
Hey Tommi! It is absolutely awesome to see you back.

Great tutorial--the instructions are clear and you have a working example. Thanks for providing all the details on the settings! Those are painful to figure out. Approved!
You must log in or register to reply here.
Share:
Reddit Pinterest Tumblr WhatsApp Email Share Link
Top