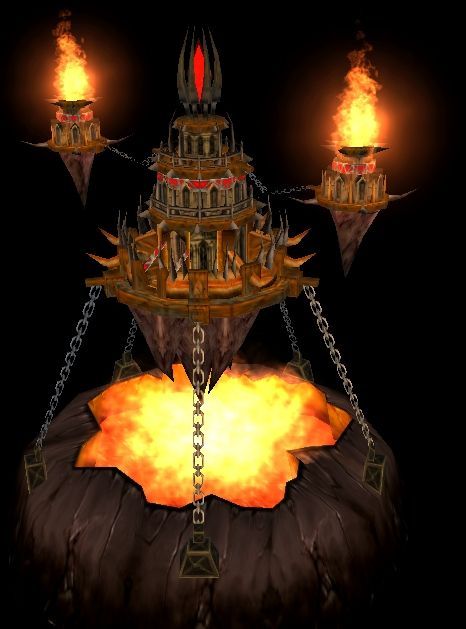 This bundle is marked as director's cut. It meets all expectations and excels in every regard.
View usage Statistics
Reactions: deepstrasz, Boris_Spider, Pourquoi and 10 others
Animations by donut3.5, mesh and unwrap by me, textures by blizzard, SFX made by WILLTHEALMIGHTY, as well as some mdl changes. Enjoy.

Maps 1
2-3 months to do it wow long time indeed. Look's great I was hoping to use it in my Warhammer map but if only the lava and the flames was blue cause it's for the Tzeentch's Inevitable city (for those who don't know what Tzeentch is he's a dark god of Chaos, the lord of change in other word's he has a f**k up world he live's in, his fav color is purple and blue)

Models 3 Icons 52 Packs 2 Skins 30
This is the best Wc3 Building model that exists on the Internet!!! You deserve 5/5 and +rep your models are the best, keep up man, you're good!!!

This is the best model I've ever seen by you, HappyTauren. You get a 'GODLIKE' for your awesome uberness.

Maps 6
guys why in meny models i dl dose it only come up as well nothing ingame?

Icons 2 Maps 1
perfect, the thing that i need for my Chaos Race.

Maps 4
This is so sick. I just have to say, its awesom and anyone that says anything else is purely stupid. I cant think of ANY better building model, and maybe not a better model at all... <.<

Ive always liked your work, but this time its so awesome that eyes falls out when im looking at it. 5/5 and a

The only thing I wonder about is who are the weirdos not giving it 5?

Models 121 Icons 105 Packs 3 Skins 8 Maps 1 Templates 1
I can indeed say this model is TotallyAwesome. Best building with ingame textures I've ever seen in this database, and a great use for a demonic race. XD
Good job, HT, donut3.5 and Will.

Only two small bugs that can easily be fixed:
- The Birth animations aren't set to Non-Looping. Birth animations should NOT loop.
- The model lacks a death sound. I suggest the huge explosion sound from the human town hall.

Models 74 Packs 6 Tutorials 1
This is a nice model! High-Poly, but it looks so good, I don't think the polys will effect it that much.

Mr. Bob said:
This is a nice model! High-Poly, but it looks so good, I don't think the polys will effect it that much.

Skins 1
Oh ma gawd! Small filesize for the amount of pwn this brings! Amazing work, i see no flaws, 5/5.

Icons 2 Maps 1
theres a problem with the updated model. the chains are green, and whenever i do "iseedeadpeople", the entire map turns a shade of yellowish green. it also screws up alot of skins. i changed the model to something else, and its fixed. please update this again.

Models 1
Wtf i dont see anthing ood here, i only see a citadel from unded on fire, sry for the truth

Considering he's talking to HT, but he has only 5 posts, I can't tell whether he's dead serious, or kidding.
I hope for his sake he's kidding.
--donut3.5--

Icons 5 Maps 2 Spells 2
This is one of the greatest models ever!

Maps 2
Someone give him a medal. This is perfect timing! i was making an RPG and i neeeded a base for the Fire / demonic Tribe! BLESS YOU!

Well Happy Tauren, what does it feel like to be a god among modeling? Every one loves your work. Don't stop.

Maps 2
TEACH ME TO MODEL! YEA! Just email me if you have time. i got some 3d editing stuff i just need some help getting it into .obj and assigning textures.

May i Edit This Model Abit? Just a New Skin, and Hi Btw...

can someone tell me how to show each individual tier? that would be very helpfull

Models 63 Icons 23 Packs 1 Tutorials 2
See the Required Animation Names in unit object data. Then set the tier one building to nothing, tier two to "Upgrade, First" and tier 3 to "upgrade, second"

Maps 17
LOL DevineArmy google is always like that... anyway dis is de best model i ever seen... it looks like u copied from some pro model maker

Ragnaros said:
wow i must say this is really nice
Click to expand...

I think you just did 1 minute ago in the previous post. I would suggest finding a mod to erase it before a mod finds you and neg reps you.

Icons 1
Hey, I'm working on a map, and I imported it into World Editor. Oddly enough, when I placed a building with this model, everything suddenly had a bright yellow glow on it, as if there was a yellow light coming from the right side. Also, when I opened the map, the glow wouldn't appear until the Chaos Citadel came into the screen, after which it would stay until I closed the map or removed the Chaos Citadel. I haven't checked in-game, but is it supposed to do that in World Editor?

Here's some screenshots I took, and hopefully you understand what I am referring to. (lol, if you look carefully, you can see that a lot of the units there are various models from the Hive Workshop.)

Without the Chaos Citadel:

With the Chaos Citadel:

Other than that, this model is really cool. I love all that detail that went into the model. Keep up your good work.

Icons 1
Hmm... It still has a yellow glow on my computer. Did I leave out any steps?
1. Re-download file
2. Extract and replace old .mdx file with the new one
3. Re-import and replace the older imported file into the map
4. Save, close, and re-open the map

Maps 4
Awesome model
You must log in or register to reply here.