Cauldron over the Fire 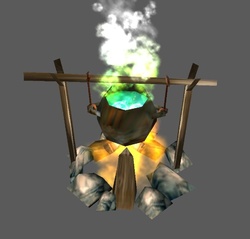 Well, to make a long story short, it's a cauldron, that bubbles and fizzes.
I used the Fire Pit Pig doodad, tweaked around with it, added a cauldron and tweaked in ropes to hold up the cauldron over the fire. Then added bubbles and smoke and whatnot on top of that.

It's a simple geomerge, but I suppose It might be useful? Uses ingame textures.
That's.. about it. Made it during the night because I couldn't sleep. Enjoy.

Edit:
As suggested by Misha, moved it up a little.

Edit x2:
The new image didn't appear to be showing, linking it here. 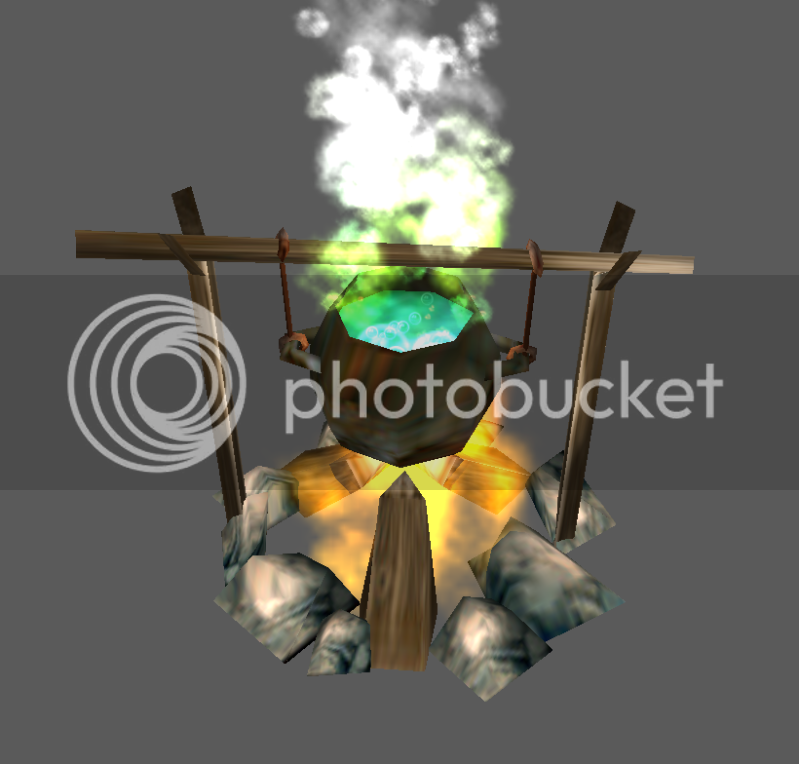 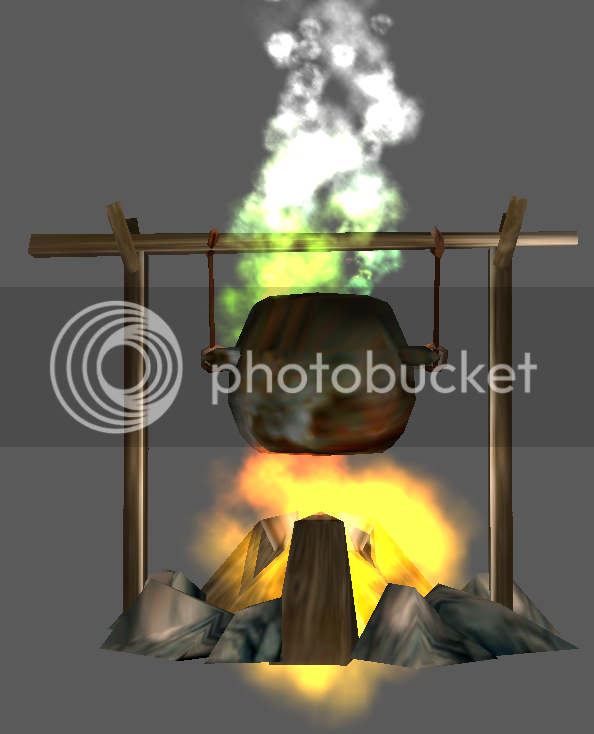 Edit x3:
Removed a texture and re-textured the rope. Wood as a texture to a rope looks surprisingly well. It's not a drastic change, most people wont be able to tell the difference from before and now. Saves 1kb. XD

Edit x4:
Finally figured out how to remove stuff during certain animations. I'm not sure if I should remove everything though, not even the ingame firepit does that. Also, gave it a imaginative name. FirepitCauldron. Yes. That'll work.