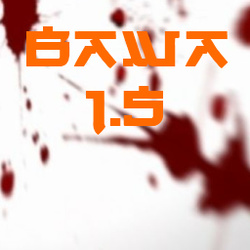 By playing Custom Map Blood Age, you will feel the intensity of the bloodiest battle that you ever know.

By playing this map with your friends, you must apply a lot of tactics and skills to gain final victory.

At the top of Hyjal, the battle between coalition legendary Human - Orc - Night Elves against the Burning Legion has a secret that residents of the world may know. That is their powerful magic water contain its enormous power that not everyone is predictable.

Recalling the old days, also in the battle against evil corps, to prevent Sargeras and his minions to be Night Elf world where people live, Malfurion had a tough decision to destroy the magical lake. In the battle of Malfurion (who wants to destroy the lake) and Azhara (who want permanent protection of water resources), there are very terrible place, the magic that Highborn who use to cause the chaos surrounding it.

Finally the water column inside the lake became seething, creating continuous series of explosions rocked the temple and across the lands. Do not just stop there, the explosion becomes too large, it produces the strongest earthquake ever in the history and the world must be cracked.

When the earthquake happened, the sea rised and flood overflow into giant cracks. Nearly eighty percent of Kalimdor mainland was submerged into the sea, separated land from Kalimdor moved around and creating a newly ocean. In the center of this new area, where previously water of eternity is now an endless storm of anger and the chaotic energy.

In that terrible explosion, the magical water were destroyed, or all people were thought that. By the greed of Illidan, he has help the magical water remains on top of Hyjal until the Burning Legion took over the magical water again from the hands of Union Human - Orc - Night Elf. This is something no one expected, even the Night Elves have precautions by sealing the strength of the World Tree.

Under the lead of Archimonde, the Burning Legion as more power, they headed for Hyjal summit that met only feeble resistance. They go, where it turns into a terrible site, not grass or trees can survive by the power of evil.

Malfurion finally chose a difficult decision to destroy the World Tree would destroy all evil demons. By his power, Malfurion activated energy from the World Tree, finally Archimonde and his minions exploded with the World Tree, ending the bloody invasion of them.

But at that historic moment, the blast so awful that no one has an attention to a particular event that has occurred under the influence of the explosion of the World Tree. The explosion atop Hyjal with dark energy from the Burning Legion and undead army inadvertently opened the Power Dark Portal, suck all the guys standing near the explosion to a world not been discovered before. The people who are attracted to this are new residents of this world. This new world which was later the inhabitants of it called the New World, also referred to by a other name : Aritak Ma. 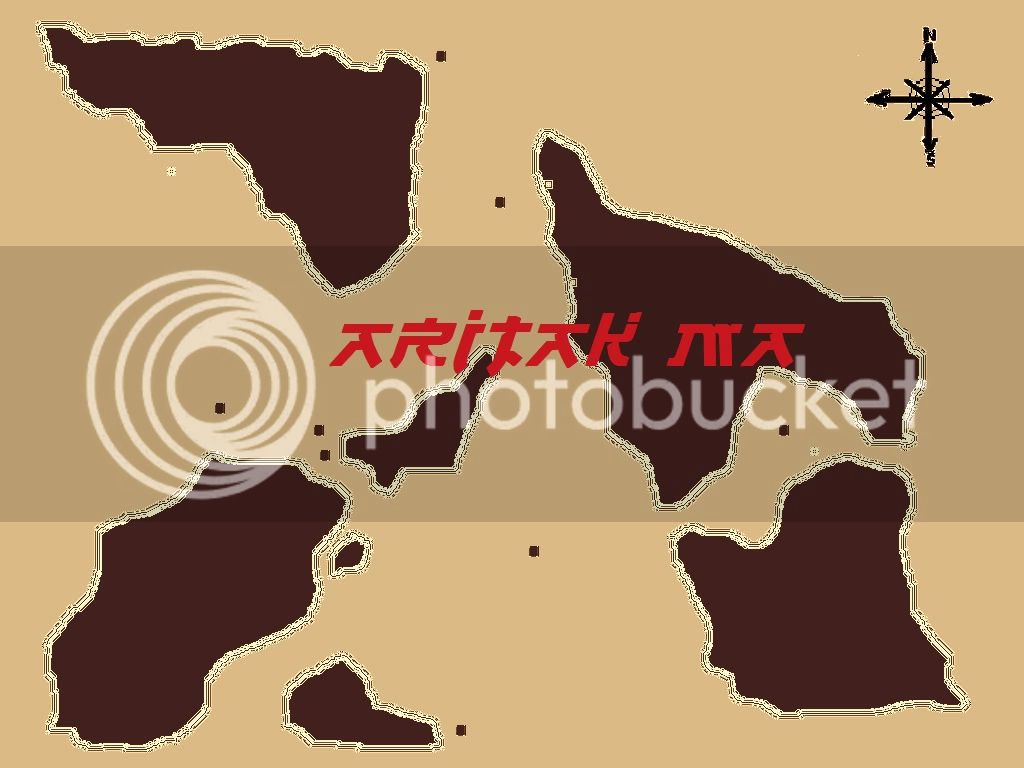 In this world, the races keeps fighting for dominance, thereby causing the terrible battle of the two strongest factions is The Strategic Army and The Allied Forces ....

Bloody period was later known as the Blood Age ....

1. CHOOSE YOUR CHAMPION
Text & Images
Unlike the maps which you played, you select your Hero by selection in the Tavern or by controling an unit that run into a “ circle “, in map BaWa, you will choose your Hero in different way.

By giving each player a creature when starting the game, that creature has the capability of building a main structure that can train a Champions (in BaWa, Heroes known as Champions), BaWa gives players the chance to experience the feeling of building inherent in melee map.

Players have one minute to prepare from the start to choose Champion.

2. MAP
Text & Images
Terrain of BaWa through a lot of editing from the precursor phase, Beta to the full version today. My map do not follow formula of three lanes in the same genre map, BaWa has only 2 lanes with a system of jungle with abundant forest creep. 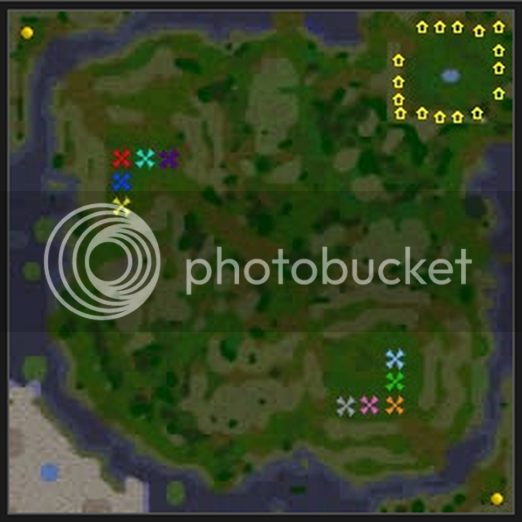 3. HIGH BRUSH
Text & Images
In BaWa, it has a system High Brush (tall grass), it inspired by the recent action games, may allow the Champions has the stealth to ambush the enemy.

The High Brush system will make the killing enemy more successful if the players know how to profit from it. High Brush is sometimes used to hide when the enemy pursue.

4. RUNE STONES
Text & Images
Like most of the Warcraft 3 Custom Map, Runes always an indispensable part in the game. In BaWa, there has a Rune system. A type of rune stone appear randomly in one of four locations on the map.

Every minute of the match, if a rune is used, it will appear randomly on the map a new rune. Position of the new rune were arranged randomly in one of four locations on the map.

5. STARTING
Text & Images
The earl game is extremely important in Bawa because there is no starting gold for players. All players must earn Gold in this initial phase.

Therefore, the map has Creep Camps of Bandit, if any faction won more Gold in the first stage of 2 minutes this will occupy a very high advantage because players has more gold to bying more basic items.

6. SHOPS
Text & Images
Shop in BaWa has the improvements. In other Custom Map on Warcraft, shops are usually placed at the base, everyone should go back to purchase items. However, in BaWa, shops are located in the upper right corner of the map, making shopping becomes extremely dangerous. Now the role of the team is pushed even higher, because the base has to worry about protection, both to support the team purchased item.

7. MOVING SHOP
Text & Images
Also shop at the top right corner location map, Bawa has 2 moving shops. A shop moved diagonally across the right-bottom left of the map, a shop move around on the top of the map.

After buying from the shop, if you're lucky maybe it will stand still for you to buy more items and then keep moving.

9. SACRIFICE
Text & Images
On the map there are 2 Beast have an important role in increasing the difficulty of the game and increase the tasks that each team must complete.

Every 90 seconds every beast will need a sacrificial object, then within 40 seconds if not provided, then they will become hostile and will attack your base.
Sacrificial basic items is available at the main structure or sacrificial items that have higher level can be combined at the shop - zone.
When the Beast has become hostile, they will attack for 90 seconds, then they will normally back and start a new cycle. If unfortunately team players than anyone could offer sacrifices to them, they attack the base, trick is not to direct confrontation unless you have enough strength, players should lead them to the map instance to relieve for the team.

10.SPECIAL WAR :
Text & Images
To avoid a match so long, as well as add excitement to a battle where both sides are strong similaritily, map has a special game mode to determine winning and losing.

When the battle lasted until the 45th minute of the match, after a short waiting period, players will be put into a special floor, where the Champions's items as well as Champions's power is no longer. You must apply new strategies to win.

Therefore, each player needs to take care of their main structure, and of course any team would have more players, that team will have more advantage.

2. POINT OF WIN
Text & Images
This is also a difference in BaWa. BaWa allow the player can win only by destroying the enemy Champions.

Any team would gain 35 points before, that team will win. If you played a map that under the category of the arena, you will feel very familiar when applied this way to victory.

Two teams in BaWa can destroy God of Honour to win. God of Honour has extremely high damage and a lot of hit points, he is in a position lower left corner of map.

4. ULTIMATE ITEM
Text & Images
This is a variation of capture the flag gameplay. When a player to sacrifice beasts, they will spit out an item. Based on probability percentage and high level of sacrificial items that players will have a chance to get a part of the Ultimate Item. When player has enough components, Ultimate Item will be auto-combined and then Champion of a team has it, running in energy circle in shop zone, that team will win.

To get the Ultimate Item will be very difficult for your team. You must get two items from two Beasts and two components from mobile shops to get Ultimate Item.

5. POWER MINES
Text & Images
This type of gameplay is Capture The Flag game-mode on the action game today ( like game Battlefield ), two teams will control all energy zones in the map. That team control all eight locations on the map which will win.

After Power Mine were controled by one team, it will be colored by that team, and will give that team a small vision.

Tip 1 : In the early stage of the battle, player must get Gold fast. Bandit with small hit points and the damage is not high that is gold mines are waiting for you.

Tip 2 : If not using mode -nosa, there will be 2 creep camps in the map that is lost when two Beasts begin to attack. Remember to attack these 2 creep camps first to avoid loss of this initial amount of gold.

Tip 4 : Make use of trees in the map if you are can attack enemy from a distance. Enemies can take a few seconds to accurately determine your location. Hiding in the trees was a way to wait for the rescue team.

Tip 5 : Always make use of High Brush. Always choose the High Brush as your temporary stop. It can help you ambush enemy and helping you to discover hiding Champions inside High Brush.

Tip 7 : There are some Champion that has spell with a wide range and fast cooldown. Need to be careful when fighting. The safest way is to go with team-mates that have high hit point.

Tip 8 : There are some Champin that can not to stop.There are Champions that have spell surfing, stealth or move immediately. But our weakness is the low hit points. Take advantage of this.

Tip 9 : Information about a spell and changes of each level of spell will be fully displayed. This will help you easily can observe than to see this information in the skills upgrading.

Tip 10 : Always view Multiboard. This is very important to judge the situation, consider the difference in strength of each player. Specially, point of killing is always an important ratio, it will determine the match result.

Tip 11 : For more information of this map, you can use the Map Info. Maybe you will need to contact me with some idea that you want to add into the map. Since I do not often on the forum very much.

Text
Fixed some bugs and more balance.
Include A.I for The Strategic Army

THANKS FOR PLAYING MY MAP
I would be greatly appreciate if someone would play and give me reviews, and if you can test this map with full players, I want to know your feedback.

Finally, thank you for reading, feedbacks are welcome!