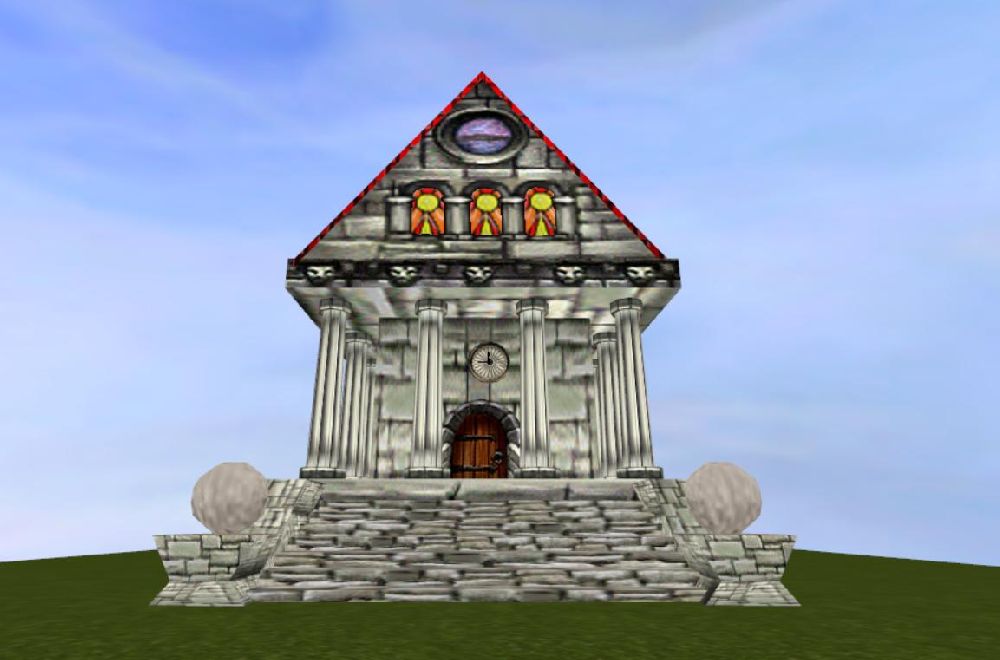 This bundle is marked as approved. It works and satisfies the submission rules.
View usage Statistics
Reactions: Hawkwing and Heinvers
Simple bank, where you can learn the technology with gold. Updated the pillars.

Models 116 Icons 7 Maps 1
Bank) Done in the style of the temple. On the roof was a coin, but it is not very looked and I removed.

You could add something on it's roof... like a statue or something else though it's looks empty without them.
The door and the wall could be more bigger though.

Models 35 Icons 3 Packs 1 Skins 1 Tutorials 1
That looks really cool, but you should include a view from an angle above, showing some of the roof. It's important so that people can see what it will actually look like to them in-game.

Still, this is really cool and can certainly be useful. It also fits very well into the warcraft style as a building. 4/5.

There are a few little things you could fix, though:
--The round blue window is stretched a bit, looking like an oval, when I assume it was probably supposed to be a circle. Change the wrap a little bit to fix that.
--The windows on the sides look like what you'd expect to see on medieval churches (not temples), because of how tall and colored they are. Windows on a bank would only exist if they had a functional purpose. Giant yellow windows like that would be a security issue without even providing people inside a view of the outside. You should change them to smaller windows and get rid of the windows in the backs of the sides, having only one window on each side close to the front. A window next to the door would probably be a nice thing to have, too.
--The foundation needs to be changed to bricks. On uneven terrain, they would be showing dirty grass, which wouldn't fit on most tilsets.
--The wrap on the floor of the bank is a bit blurry.

These are only minor issues, but it would be nice to see them fixed.

btw, maybe door could be somewhat bigger
Click to expand...

Models 32 Icons 7 Packs 1 Skins 5 Maps 36 Templates 1
The roof and pillars does not fit together.

Models 1 Skins 1
Is the Bank supposed to play a role as a Gold Mine or something?

Models 116 Icons 7 Maps 1
SuperAttackrabbit, it may be a gathering place of gold or or place of learning technologies for the extraction of gold.

Models 116 Icons 7 Maps 1
At first I wanted to add flying coins in death animation, but then this building will be only a bank. But I did not do it because the building can also be used as a temple.

Models 3 Icons 65 Packs 3 Skins 27 Templates 3
It looks ok now; but that death animation is too quick

Today is a Day

Today is a Day