I was in the middle of playing as the wizard. I saved before hand during the forest bit part and my wc3 crashed. when i went to load the game i could not find eletrocute but found a non usable ability that says Tooltip missing.

Also During this session it would crash the game if i would hit escape and then exit out of the equipment system. 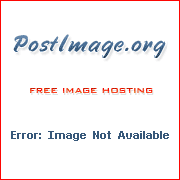 Update: when i used time stop Eletrocute appeared but it replaced pulse.

Saving and then loading tends to fuck up triggers and such so that may possible be one reason and that's all I can say.

Maps 1
You used the cheat code "greedisgood 500", which gave you 500 rage which is a resource only barbarians are supposed to gain. That caused a trigger to give you a barbarian ability.

I've actually discontinued the map but I'm sure people who mod this would be happy to know the answer
You must log in or register to reply here.

[Solved] All my tooltips are gone/empty