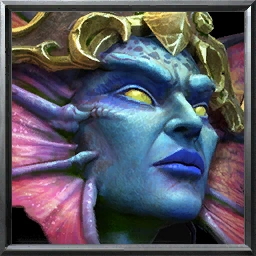 This bundle is marked as pending. It has not been reviewed by a staff member yet.
View usage Statistics Legacy download
Reactions: lordwater, Malmgrev, Loken Ironwolf and 1 other person
As an episodic character, the Sea Witch has a very limited range of dialogues in a campaign, but it was enough to create somewhat akin to soundset for custom naga hero (at least I hope so). Enjoy!
Contents

Sounds 20
Very nice, i completely forgot that the sea witch was a thing in demo campaign. Either way, great work on her soundset

Models 2 Maps 1 Spells 1
Excellent deep cut with the Sea Witch there; seems like a pretty useful Soundset for another Naga hero as well.

Models 4 Icons 3
Cool; I did the exact same thing years ago, but nothing came out of it because I realized that most of the chopped-up sounds were kinda too long compared to sounds in standard WC3 soundsets.

Fun fact: the Sea Witch from the Orc demo campaign is voiced by Elisa Gabrielli, who is also the voice of Tyrande Whisperwind. I'm fairly certain the undead female shopkeeper NPC in WoW is also her; the villainous tone is really similar to the Sea Witch and this got me thinking that maybe the WoW sounds could be used to expand this soundset, but only if there was a way to add the ghostly echo to them, so the difference wouldn't be too jarring.

In most parts of the world Wowhead can only be accessed by using a VPN, so in case anyone doesn't use it but wants to hear the WoW NPC sounds, I attached them below.