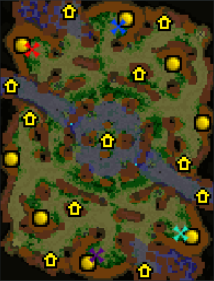 Description
This beautiful cavern is full of lush vegetation thanks to the underground water supply and several openings in the roof, making it an underground paradise.

My entry in the Melee Mapping Contest #4. 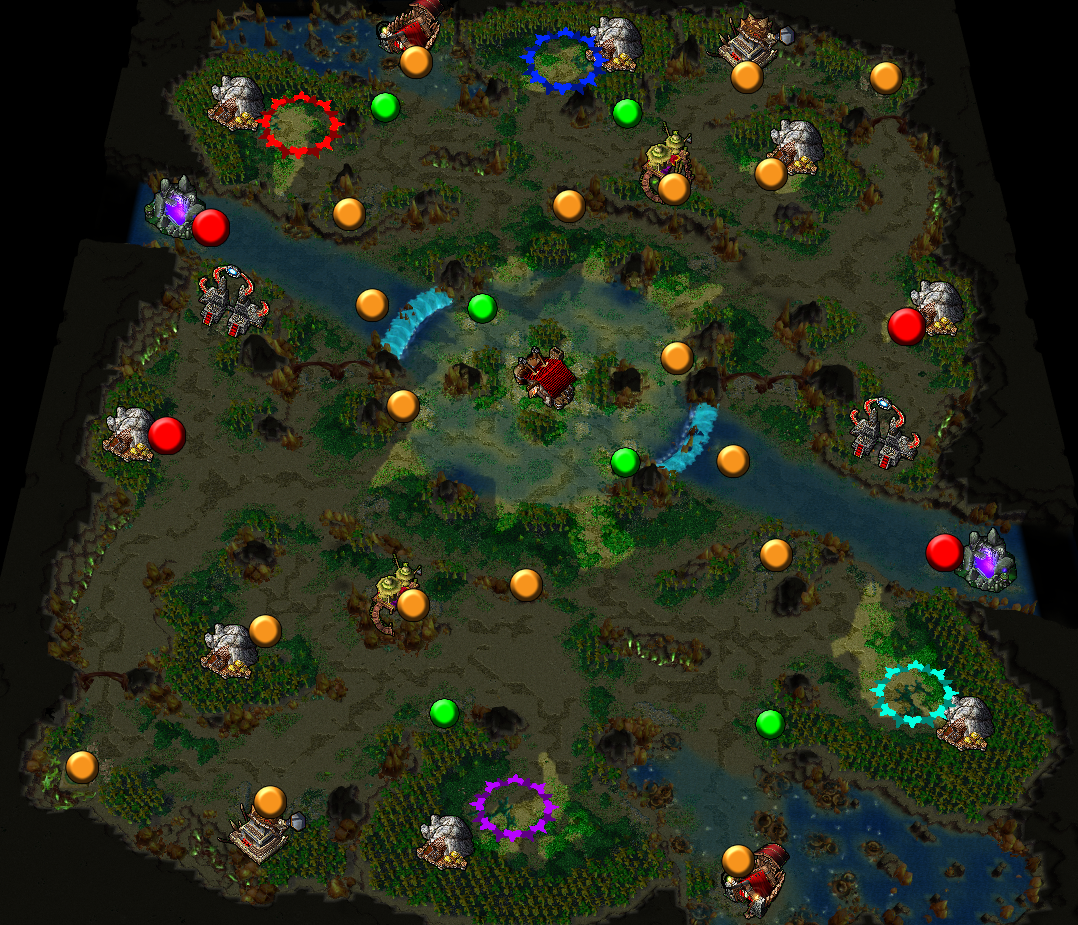 Cigaro
First off, I've got to say that the clever use of shadows looks pretty amazing. Can't say I've seen it before (but then again I only check out melee maps). Have you constructed the shadows on a different map and then transferred everything? Also, the...
Read full review...

mafe
Map was part of the recent 2v2 Melee mapping contest: Melee Mapping contest #4: 2v2 - Results Given that (according to the changelog), some of the issues raised in the reviews have been fixed, I think this map is now worthy of being approved.
Read full review...

Maps 24
First off, I've got to say that the clever use of shadows looks pretty amazing. Can't say I've seen it before (but then again I only check out melee maps). Have you constructed the shadows on a different map and then transferred everything?

Also, the doodads are evenly spread and there's not too much nor too little of them. It looks pretty warcraft-ish overall. Not everything is my taste but it works.

The asymmetry of the map might cause some problems. For example, it is much easier for blue to expand than it is for red. The distance to the expo is significantly shorter there. If the top team has got their HU player spawning in the blue location while the bot team their HU player spawn in the teal position, then that's a disadvantage for the bot team. Or am I mistaken? (This would also be an even bigger problem when playing 1v1 of FFA by the way.)

I must also add that the gold mines are pretty heavily guarded, so expanding is difficult on this map. What concerns me even more is the sheer distance between the two teams. You need to walk super long to attack the enemy base. Early harassing will be near-impossible.

The entries to the bases are a real bottleneck, very small and too easy to clog with buildings. If you really want to keep them that way, I would at least make the bottom right base entry (teal) the same size as the others (cause it's a little wider right now). Similar issue with the mana wells - if go there, you'll be trapped.

Waygates are generally a problem because they screw up the pathing of your reinforcements, but I guess they're fine for a fun map.

I would like to see another green creep camp. The smallest one is lvl 6 and after that you've got to run to the center of the map to get one of those lvl 8 camps. It's probably very hard for Blademaster to get a good start in this environment. Orc players correct me if I'm wrong.

The lvl 12 spider camp drops a lvl 3 charged, that's too much. Better make it a lvl 2 charged + lvl 1 p-up or something.

The lvl 14 lizard camp at the goblin merc camp drops a lvl 4 charged, that's way too strong. Everybody would rush there to get that potential necrobook.

The lvl 16 Revenant camp in the corner drops a lvl 4 permanent, I would make that a lvl 3 item. It's not as problematic as the lizards though.

The lvl 16 Revenant camp at the goblin merchant only drops a lvl 2 charged, and that'll be disappointing when you farm it, even if there are two powerups included.

The single biggest problem with this map is that the creeps are completely out in the open, and they will attack anything that passes by. You simply cannot walk around freely.

If that was fixed, I would consider it playable. Still not tournament-level because of the other points, but probably lots of fun.

Given that (according to the changelog), some of the issues raised in the reviews have been fixed, I think this map is now worthy of being approved.
You must log in or register to reply here.