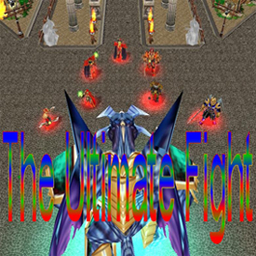 This bundle is marked as approved. It works and satisfies the submission rules.
View usage Statistics Legacy download
Reactions: deepstrasz and jonhysone
This is my another cinematic. It's not like Art Of Life, it's really different. This cinematic has a plot. People are talking and so on.

Cinematic includes fantastic effects and very good music. Part of the models and spells have been taken from hiveworkshop. I hava chosen the best models/spells to this cinematic. Tell me, if I haven't credit someone.

I must warn, that this maybe can lag, so close your other programs before you are going watch this.

After you have watched this cinematic, give some feedback, only then I can make this better.

Suggested players
Only One

VGsatomi: Approved. Nice combat cinimatic. Excellent special effects with some of the spells. Short but entertaining. Lot of attention to detail. Nice work.

Models 1 Packs 1 Maps 24
More than 200 downloads and still no comments? Come on guys! Please give comments/suggestions/bugs or something!

Icons 1 Skins 2 Maps 1
Wow.....just Wow! 8/10 Great visual Effects, the music fit the mood and the plot was great. The only reason i droped 2 number in the rating was because the grammar could have been a little better but all in all great Cine and i hope a sequal come around.

Models 1 Packs 1 Maps 24
Please give me comments, suggestions bugs or critisim to improve this cinematic.

Models 1 Packs 1 Maps 24
Nice that you like the cinematic, syltman. Just PM me about the music. I can even give it to you.

Maps 1
when i didnt saw your map i tought its epic battle with lot of swordmans and stuff, but now:
-map little big
-song is stupid (for warcraft battle)
-stupid dragon
+nice effects

Maps 2
i love it!! though some of the dialogue seems a bit out of context for, typical mages and knights etc, it is still awesome....4.99/5...the spell work is awesome too, im a sucker for eye candy

Requested Criticism:
~I am curious to find out how the dragon was awaken!

My plot:​
King had a brother. The brother had ultimate power thanks to his magical ring. When King and his brother went in the cave where dragon slept, they found golden eggs. Two brothers couldn't share the uber-vaulable treasure and King sent his elite guards and his bodyguards to kill brother. After King's brother was slain, King took his magical ring and gained the secret power, while the dragon woke up because of horrible loud made during the fight.​
~Nothing else, but unexplainable fight can be seen during the whole movie.

Models 1 Packs 1 Maps 24
I usually don't comment in my old maps(yes, I created this cinematic 2007 summer so this is over 1 year old map and never updated it) but your comment, kkots, is just too funny so I have to comment.


kkots said:
Ugh.. another narortu movie with shiny blinding effects just like from picture in some manga...
Click to expand...

Hmm... you mean naruto? How is this cinematic like naruto? Or manga?

Heheheheh... I think you put too many times "recommend".
However, I understand what you are saying. Okay, I will say this clearly: this cinematic is not in any way based on naruto. And that's the truth.

Well, now I made this comment I have to thank everyone who have made a comment in this thread. Thanks.

Maps 6 Spells 11 Templates 1
kkots is stupid, simply dont listen to him, his mother bashed him with a naruto doll from his sister, and now he needs to see in everything the eternal evil: NARUTO!, and that bash caused heavy grammar errors in his brain.

redscores said:
kkots is stupid, simply dont listen to him, his mother bashed him with a naruto doll from his sister, and now he needs to see in everything the eternal evil: NARUTO!, and that bash caused heavy grammar errors in his brain.
Click to expand...

Aah... so that explaings everything.

But I still wonder what he see in this cinematic about naruto. X_x

Not one of my favorite type of maps.
In my opinion, the spells, though you put good time in them, didn't look that awesome or effective. They usually took a long time for no reason, just to do little damage. Gee, why didn't they all attack at one? My god, that is the stupidest king I've ever seen. If he could do that attack, why didn't he just do it?
Ah, the rain of fire effect also seemed weak. All it was was a bunch of rain of fire in the town, with not much else. Seemed boring and took a while...

This is just in my opinion, but a bunch of people seem to like it.

And what he sees in this about "naruto": A bunch of special effects, with little-to-no plot and humor.
Don-Para-

I like many visual effects, specially that of the star, and I love to know do the same. Well done, I saw more of your maps, you're much better than a lot of mappers, and even that team blizzard

(sorry for my crappy english, i use a translation tool ...)

Icons 1 Maps 1
Nice! Enjoyed watching it. Effects were good. The spelling and grammar aren't done correctly at some parts, but that isn't so important anyways. I loved it! Music was good. Make another one? 4/5

Icons 1
Why necropost? If aeroblyctos could of changed something in this cinematic, he'd has already done that long ago.

Plot: Pretty much nonexistent, but not entirely detrimental to this type of cinematic.
Effects: The spells all look amazing, but could have been better emphasized with some sounds
Sound: I liked the music, but it seemed faster paced than the rest of the cinematic.
Dialogue: Sorry, but the grammar is abysmal, and the writing isn't very eloquent, contrary to what one might expect in a dedicated cinematic.
Overall: It's very enjoyable to watch, but not so much to read.
Last edited: Oct 18, 2009

StarCraft II Resources 1
I like the spells very much! The "Star" like spell is a very cool spell.

Maps 2
Well Usually im dont Comment that much XD but if you do make new Game i will try commenting when its a good game.

Maps 1
can I ask the dragon model and the spell which king used to kill dragon? I would appreciate links

I know I'm replying a bit late for this map, but I'm a big fan of Aeroblyctos maps, and after watching this cinematic, I had to comment. I loved it! The music fit the map very well, even if I don't like that type of music that much. The spells were so awesome and the highlights of the map. Balthazar had the coolest spell by far, but I also liked the Portal Cage spell the Dragon used on Mace Master and like every single negative buff in Warcraft 3 placed on King's Royal Guard. The grammar wasn't perfect, but I know it can be hard at times when English wasn't your first language, and we all mistype some things, so I won't be mean. I just had a small thing about how when King's Royal Guard was describing the elites, and he called the last one "The Holy Matricide", but in battle, he was under the title "Elite Captain". Nothing big, so I don't care too much. I may have put some negatives, but I loved this cinematic. This is one of my favorites, if not my favorite in Warcraft 3.

Maps 3 Templates 1
Looked, I've watched it and I don't think it deserves 5/5
I would give it a 3/5
Why?
The terrain doesn't look good (most Round Tiles)
Dialogue was poor and had mistakes
No sky (I don't know if that was intentional)
Repetition of "Die!" with the Sorceress
Repetition of some effects and actions. All elite soldiers just used 1 ability and then got killed.

Oh - my - god. This was such an amazing cinematic... Just cant imagine how much time it took you to create this map. This map truly deserves this title! 10/10
You must log in or register to reply here.