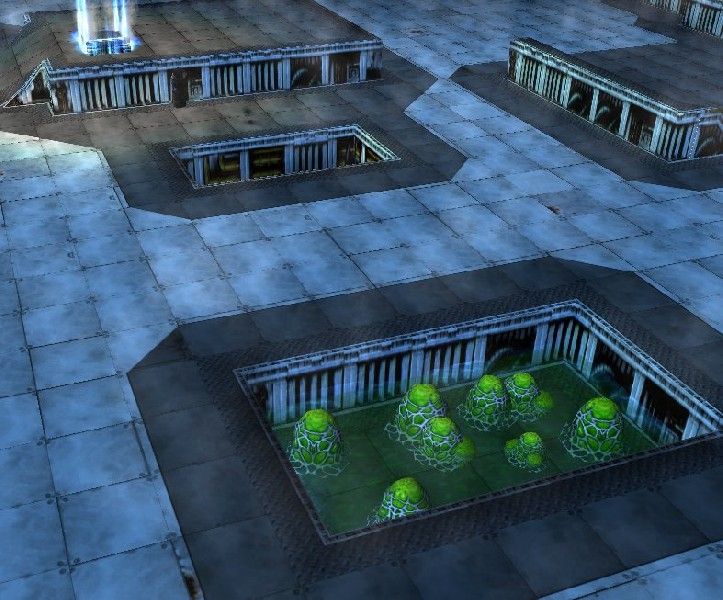 This bundle is marked as approved. It works and satisfies the submission rules.
View usage Statistics Legacy download
Reactions: Paliouras and xxgreysonxx
Can be used to replace Cliff1 and/or a standard tile.

THE_END: Launch me into orbit captain!

I just simpely LOVE it

Icons 13 Skins 2 Maps 20 Tutorials 1
could you tell me why there is another totally different skin then on the picture?

The file is a completely different tile than on the pic.
The actual tile has several issues, especially non-matching wall-squares. I'm still wondering how a faulty tile could get approved.

Models 9 Icons 27 Skins 2 Maps 12
Lol i know i sound like a noob, but how do you use imported tiles?
I checked the Tutorials

Icons 6 Maps 1 Tutorials 1
Uhm, this isn't good...
Please fix this tile because i get a different one then on the preview.

Or somebody give me a link where i can find the one in the preview please.

Maps 4
Uhm sry.... this is a totaly different skin.
I got not the black/white cliff ... I got a brown/black cliff... it looks not good plz fix that :/

Models 1 Icons 2 Maps 4 Spells 1 Templates 1
umm i put this in my map and it only changed the wall not the floor is thi supposed to happen? if so how i change the floor?

Models 8
UMMMM Sooo How do i get the tile?

the floor texture does not work, and its not the texture on the picture.

Hey Author, place how we're SUPPOSED TO GET THIS SUCKER TO WORK!!!

Maps 1
and the only model?

I quickly noticed that many users were experiencing issues with this tileset.
The creator of this Tileset said "Can be used to replace Cliff1 and/or a standard tile."

After Downloading and Extracting, Import the file "cliff1.zip" into the Import Editor.
If you want the cliff tileset, change the full path to:
ReplaceableTextures\Cliff\Cliff1.blp

If you want the actual tiles, import "Cliff1.zip" once more, changing the full path to:
TerrainArt\Village\Village_CobblePath.blp

This way you can keep both the Cliff and the Tiles. If you don't want one or the other simply delete it from the import editor.

Please note that the tileset doesn't HAVE to replace the village cobble path, instead it can replace many other tilesets - simply find the path. I do it by looking at other tilesets on this website and finding the paths of the tilesets that they replace.

Im having a problem. When I dl this tile it is fine. But, if I want to make the floor space, I use the Shapceship tile. In between it shows the cityscape bricks. Whats the problem?

The_Silent said:
its not a tile, but a cliff, it should have a fitting tile
Click to expand...

Look on the first page... I've left a little guide on how to work the tile etc...

I agree with what Ardnived said, It's 2 variations suck, even the steel tile looks bad, if you want the full square steel tiles as pictured, here is the link, Steel Tiles this is the tile as used on the floor in the picture, i hope this helps everyone who absolutely hates using the cliff tile for the floor tile and having shitty looking pipes everywhere :/

Maps 1
It looks cool i dled it and it works, although...how do i set it as my terrain?

Binker, refer to Grim_Labours first post, he tells you how to import it, also, I wouldn't use it as your terrain, use the one i posted under Steel Tiles

woot! awesome texture, i am def using this in my metroid map

Models 2 Maps 4
NIFTY! I'm glad Grim labour clarified that, for these ppl, they might have went on and on forever, hehe, good texture!

Maps 1 Templates 1
I dont know how to import tiles

Maps 4
when i changed the path to
TerrainArt\Village\Village_CobblePath.blp

the terrain did change, but insted of doing the normal standard tiles it used the cliff variation on the standard tile. so insted of deeing the metal boxes i saw the cliff tiles which btw doesnt look so good. any suggestions?

You lie, this does not double as a tile. Only a cliff. And it can't blend with anything.

Hey, does anyone know how to set terrain as water? I tried a bunch of different things... But I can't find the correct path...

Maps 4
This isnt the place to ask a question like that. Please ask in the correct forum.
World Editor Help Zone - The Hive Workshop

darkspear said:
The file is a completely different tile than on the pic.
The actual tile has several issues, especially non-matching wall-squares. I'm still wondering how a faulty tile could get approved.
Click to expand...

If you actually take a look at the picture.. this is a cliff tile. Not a floor tile.

Maps 2
I am sorry, ive used this site for 2 years and quit, and ive rejoined. i remember how to mod on windows hp but not on windows 7 . Plz help!!!!

Maps 1 Spells 1
Hey creator, you didn't make this skin because you don't know the path. Besides, if people can't use your skin, what is the point in posting it?

HellHeaven said:
Hey creator, you didn't make this skin because you don't know the path. Besides, if people can't use your skin, what is the point in posting it?
Click to expand...

Yeah I do also need a path which tells me which terrain is best suitable for replacement. Only thing I know this can be used for both normal and cliff.

Does it have better optional paths then TerrainArt\Village\Village_CobblePath.blp because I'm maxed out on custom tiles.
You must log in or register to reply here.