Models 9
UPDATE: Figured out how to improve several things that made this a bit too clunky, map is now updated.

Also bonus pic (HINT: if you make it to that part, you are close to the end of the demo):

I have several projects going at once. "My Little Brood"/"Bugface" (working titles) is fairly close to a first demo, too, but this one got done a bit quicker.

Basically, Bogleech (bogleech) developped several Silent Hill concepts based on the premise that the town of Silent Hill appears very diferently to different people. One of these concepts involved the misadventures of an immoral biologist who's Silent Hill is a bizarre tropical fever dream.
Bonelessnerd (Meanwhile...) went on to elaborate a bit on the setting and the rough creature concepts.

Then there's me. I was immediately passionate about this thing and got their permission to make a little mod for it. So here goes!

- it's a short demo, just the first two quests ("chapters")
- the purpose is to give a feeling for the general tone and "art direction"
- no combat to speak of, just exploration and running away in panic - combat would come later in the game
- There is a hidden lever behind the train station to skip ahead to almost the end of the demo
- If you try to save at some later point in the game, it produces a file that cannot be loaded, for some reason; I recommend saving after the first cinematic
- warning: triggers work for what I want them to do, but might not be the most pretty craftsmanship if you were to look under the hood
- assume by default that all other weird things happening are intentional, not glitches

Tell me what you think! 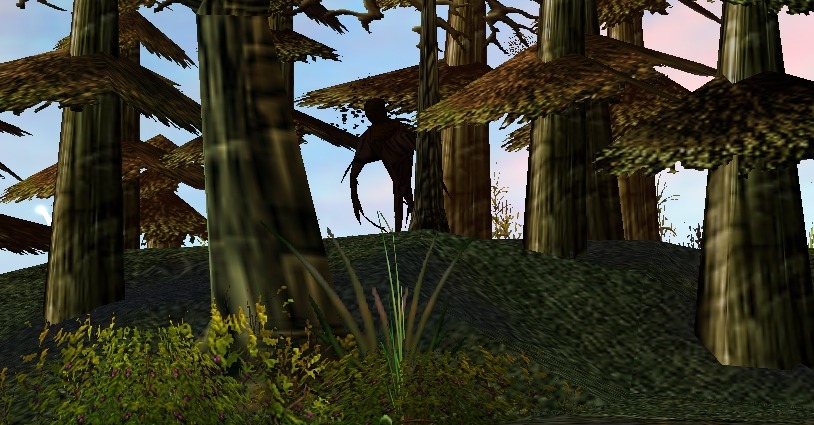 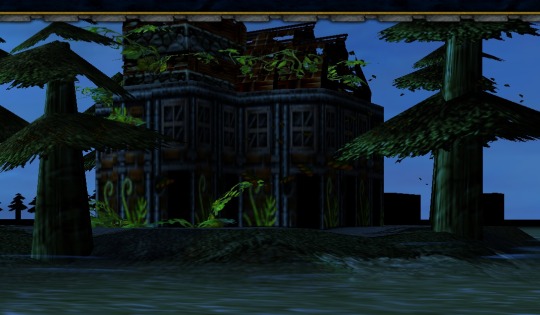 My campaign! ( Demo. not named yet)

[Miscellanous / Other] The witch's forest