Return of the Vampyres v1.1 - Final 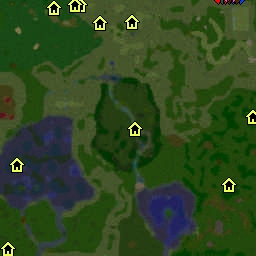 This bundle is marked as approved. It works and satisfies the submission rules.
View usage Statistics
Reactions: deepstrasz
Contents

Filename
Return of the Vampyres v1.1_Final.w3x

Maps 2
Well, I tried for a couple of months to update the original map to version 1.1 but with no luck. I couldn't even upload the new version as a separate map for some reason, but I was finally able to do so today.

This version contains a few major bug fixes, namely the huge save files that would be generated from time to time are gone, and also some performance issues were corrected. I addded a few little extras also.

The map is well underway, and I am roughly halfway finished with it. It is going a lot more smoothly than the first one, since I'm now pretty well versed in the ins and outs of triggering. I'm going to try to bring some new things to the table in this map and the ones that follow. For instance, in the first boss battle of Part II, you don't actually "fight" the boss to defeat him, but that is all I will reveal. Things like that really add flavor to RPGs, in my opinion anyway.
Fell free to post any comments and suggestions for Part II of "Legends of Xenthis", or PM them to me!

Maps 4
There are some problems with the cinematic mode starting too late and cameras showing other things than they should.
2/5.
You must log in or register to reply here.

K
Return of the Vampyres v1.0 up for download!