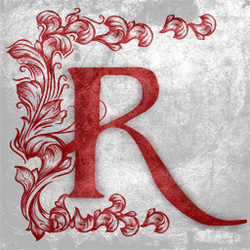 After a lot of testing I can finally release Red Raven patch 1.02. Here you will find an overview of the major changes and improvements. 
Check the changelog for a complete, more detailed list. There you will also find bug fixes and known issues. For an optimal experience, please do the following:
- Enable music and sound, as much focus has been around atmosphere through audio.
- Turn on environmental effects to enable fog.
- Turn off v-sync, as it can affect the flow of cinematics and timing of sound effects.

NOTE:
This map was made in standard mode and is locked to classic graphics, meaning that anyone running the current version (1.32~) of Warcraft III can play it.
You don't have to buy Reforged.

STORY
This is a story about a lone sorcerer who found himself in the misty realm of Silenced Songs.

Driven by something unknown, his determination is almost unfathomable. He will soon discover that there are many secrets to unfold within the colourless fog...

Entry for the 16th mini-mapping contest.

The Ravens are a group of sorcerers who have specialized themselves in the soul arts, meaning that they draw from the beyond to conjure their spells. Here are two examples: Looking-glass self (D)
Gaze upon your other self in another reality, and temporarily bind him to your realm. This looking-glass self will move to the target destination and remain for 10 seconds. What makes this ability special is that it is linked with Phase (V). For as you Phase during the lifespan of a looking-glass self, your positions will be switched. These were two examples of what makes a Raven unique. Now to the soul arts:

Soul Orb (F)
Conjure a tiny mass from the spectral realm, which in itself has no particular effect, aside from granting you 70 mana upon attacking it. Still, Soul Orbs are the meat of the combat, as you may shape them into different elements with elemental scrolls.

Each Elemental Orb has its own passive abilities and effects which it leaves behind after withering. After an Elemental Orb has been created, you may direct it by attacking a target of any kind - be it friend or foe. With each basic attack performed by the Red Raven, a swirling wind will appear at the target's position -- it’s this wind that detonates Elemental Orbs of all kinds, even those conjured by your enemies.

Release (C) / Soothe (C)
Now how do you conjure an Elemental Orb from a Soul Orb? By finding the so called “Bran Scrolls”, which you can choose to either Release (C) or Soothe (C) to call forth their inner elemental power. This will create an elemental effect around you, which in turn molds nearby Soul Orbs into Elemental Orbs. Nearby Elemental Orbs of an opposite elements will also be affected - reverting back to neutral Soul Orbs. For instance, when facing an opponent who uses Fire Orbs, your use of the Bran Scroll of Ice can turn these Fire Orbs into Soul Orbs.

Each Elemental Orb is unique. Here are two examples: Fire and Ice. Whilst fire focuses on high damage and damage over time, Ice has medium damage with a movement impairing effect. After one of these are lunged at the target (by attacking, as mentioned above), they will leave an elemental effect as they detonate. Fire leaves behind a small fire gust which damages over time, while Ice leaves behind a small ice effect which slows movement speed -- thus making them excellent for traps If you're not able to play the map, yet are still curious about the story and gameplay -- here are some videos showing off the prologue, all boss fights, and all endings. Spoilers (obviously)!

BOSS FIGHTS
The occasional freezes/visual stutters is caused by OBS Studio (which I used to capture the video), and does NOT happen when you play the game normally.

Why the large map size? Short answer: voice acting! There are many NPCs in Silenced Songs with lots of knowledge about its underlying mystery... Here you can see all changes that have been made to the map, as well as current game issues I'm still working on.

KNOWN ISSUES
- Armor increasing/decreasing: It would seem that this happens when a lot of triggers surrounding armor are activated at once. You would find that you either have a permanent armor of 30, or even -71.
-- SOLUTION: This is fixed by dying in-game, which makes it a non-issue for, say, a first playthrough. For those who want to tackle hardcore mode however, this will be a potential issue. I'm still trying to figure it out.

- Permanent movement speed decrease: This happens when you are affected by a lot of Ice Effects -- movement impairing effects -- at once. It often seems to occur whenever you are using Awel's Boots for a temporary movement speed effect. I'm unsure if it happens without them.
-- SOLUTION: This is fixed by dying in-game, which makes it a non-issue for, say, a first playthrough. For those who want to tackle hardcore mode however, this will be a potential issue. I'm still trying to figure it out.

BUG FIXES
- Fixed a bug where Phase could last longer than intended, possibly affecting movement and armor. This was caused by a misplaced "wait" command.
PATCH 1.02 (07 june 2020)

IMPROVEMENTS
- Performance has been significantly improved.
- Wand usage has been improved. Projectiles now fire at the target destination.
- The character creation screen is now more informative.
- Aiding sound cues have been added, such as a ticking sound effect to the timed rune in the tutorial area.
- Changed the locations of the following Symbols of Good Fortune: SOUL, SUN.
- Ffraid now ventures to her nest after Aderyn is defeated, not when the purple runes are activated.
- Increased the scale of gold coins, making them easier to select.
- Made it easier to move inside Ceinwen's Archive.
- Leveling up now fully restores mana.
- Updated Grigor's voice.
- Game hints and full restoration is now available through Morwen.

- Greatly improved performance by cleaning up still remaining dummy units
- Changed the Release/Soothe spell from thunder clap to roar, which minimizes lag
- Fixed a bug where losing to the fourth boss would remove the hero from the game.
- Fixed a bug where Moon Child's Circlet was not working properly.


** Could not find an author for this model. If such information becomes available to me, I will update the credits as soon as I’m able.