Icons 1 Maps 7 Spells 1 Tutorials 1
Hello fellow Hivers. I would like to post about my project that I am doing in collaboration with @SgtWinter, the Non WC Mod.

This project is a concept inspired by lots of RTS games that we think are cool, with an emphasis on the gameplay capturing the more enjoyable fantasy tropes. There is an intention on doing many races for this project, but for now there is a focus on four starting factions - Humans, Orcs, Undead and Wood Elves. The gameplay is being designed with melee maps in mind, with the goal of being able to port this mod to any melee map we desire.

Chivalrous defenders of the weak, the Human faction is themed around knights, kings and nobility. Designed with varying strategies available to them, their gameplay is centered around versatility, allowing them to be adaptable to many opposing strategies - as they need to be should they wish to survive the threats they are forced up against. 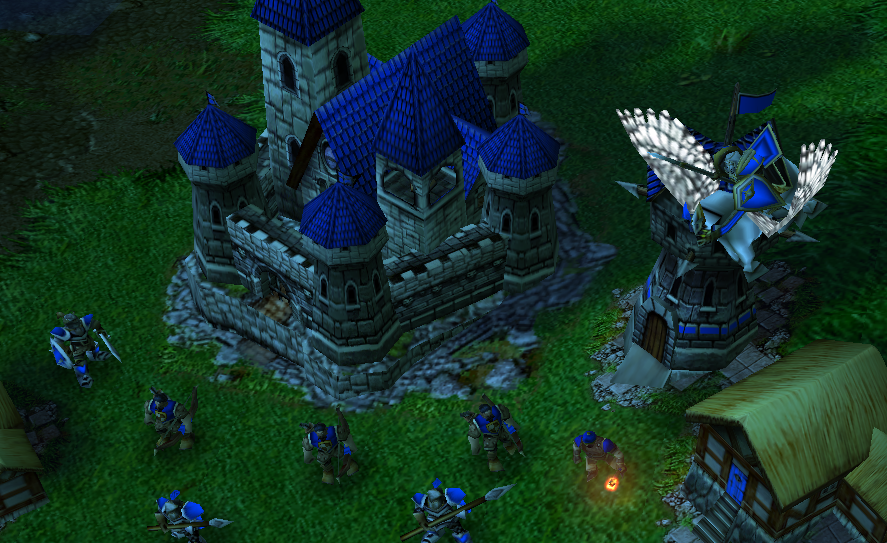 Aggressive warmongers and pillagers, the Orc tribes follow the will of their Chieftain. With their economic capabilities being stunted, their emphasis is on an aggressive playstyle using a host of various creatures within their ranks from Goblins to Ogres, and Trolls to Red Dragons. 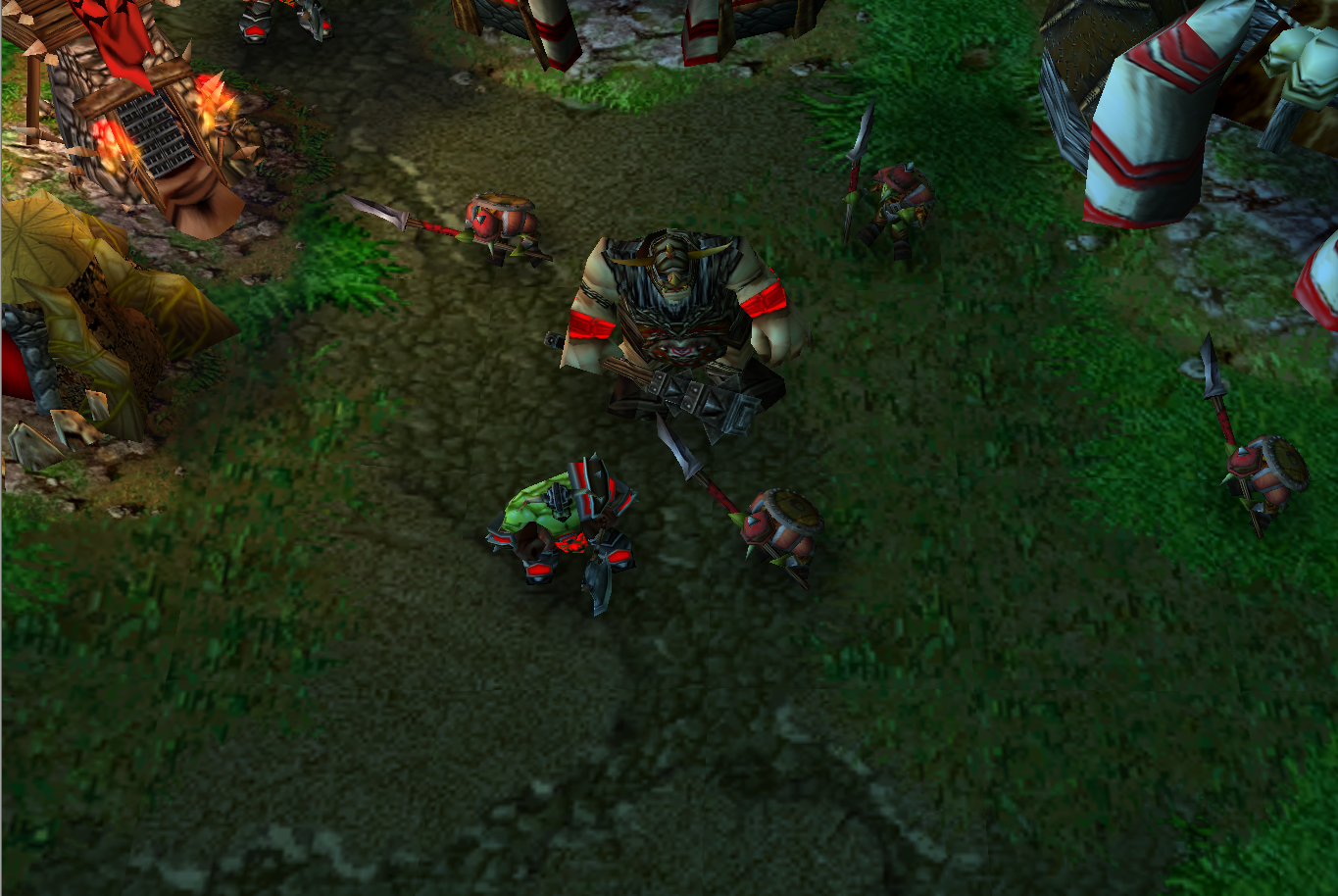 Considered a myth by the general populace, the Necromantic Kingdoms remain a hidden blight upon the world. Raising hordes of the dead and using dark magics to garner alliances with creatures of the night, the Undead strive to win wars through attrition. Emerging from the densely forested woodlands they have migrated within for centuries, the Wood Elves ready their bows to defend their natural habitats. Residing atop migratory trees, these mysterious beings shun the ways of colonization in favor of a nomadic lifestyle, using their mobility to ambush any who would harm their way of life. 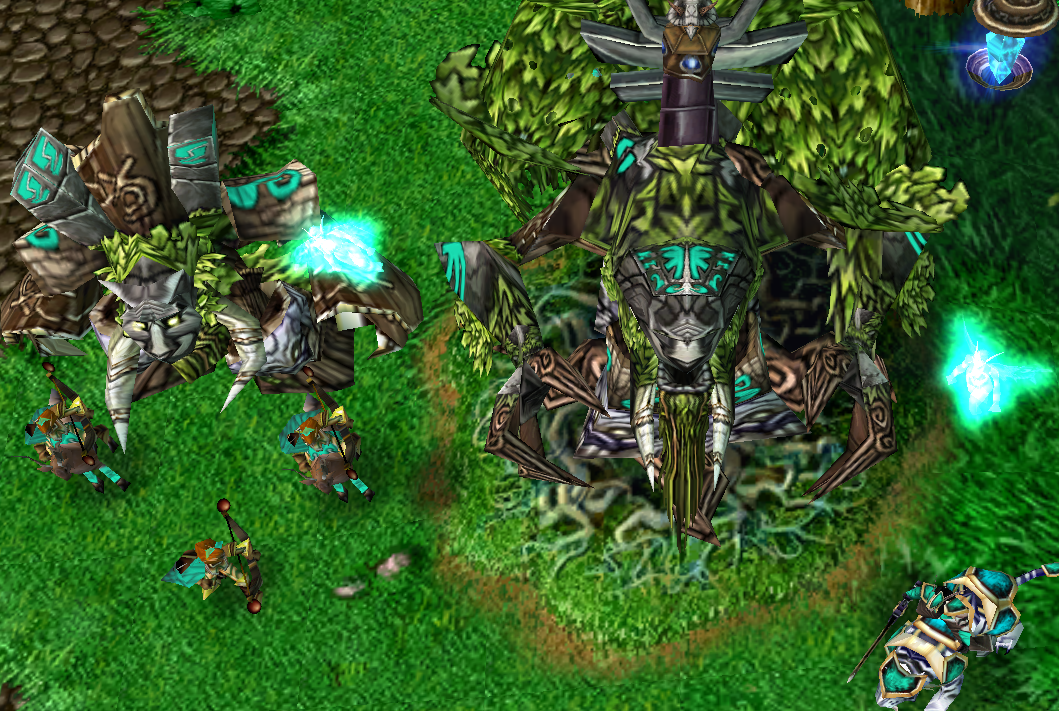 Models 2 Maps 1 Spells 1
I mean so it's basically Warcraft: Redux?

Kyrbi0 said:
I mean so it's basically Warcraft: Redux?

Hey hey, it's called Non-Warcraft mod. It's Non-Warcraft: Redux. Thanks for checking it out, Khyrbs!

Anyway, we've been developing the project. We've been working on the Orcs a bit, and it's nearly complete and somewhat playable so here's some Orc vs Orc screenshots with very few details. Humans are next on our priority list. 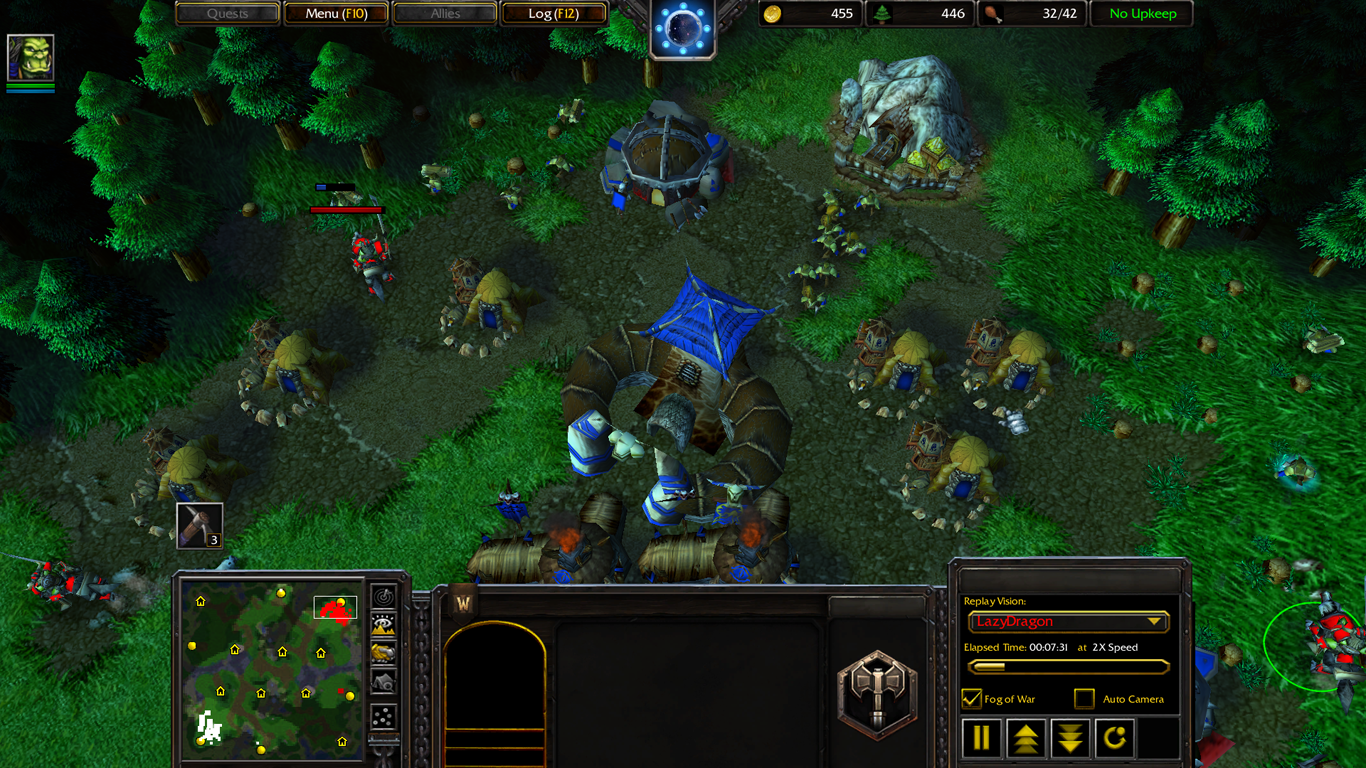 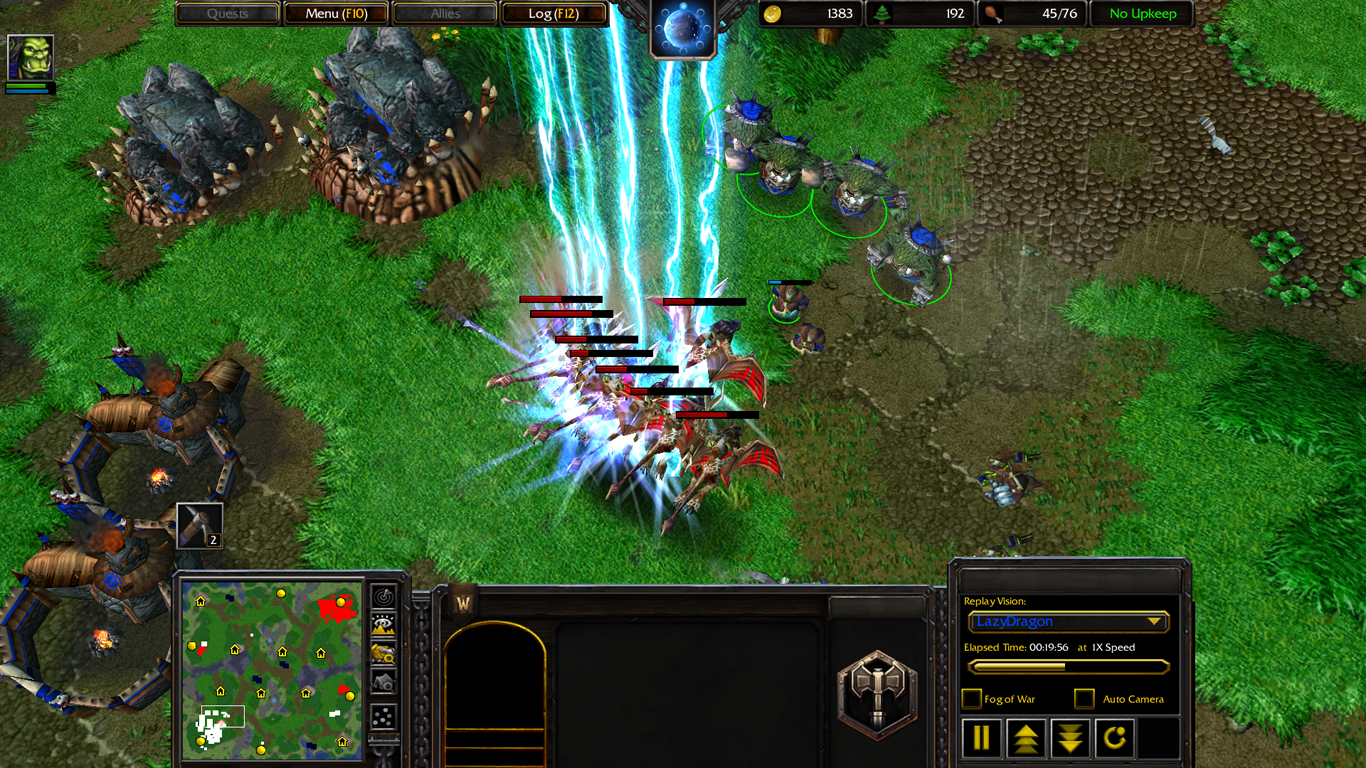 I actually lost 2-1, but still. The first match didn't count- I blame ping- 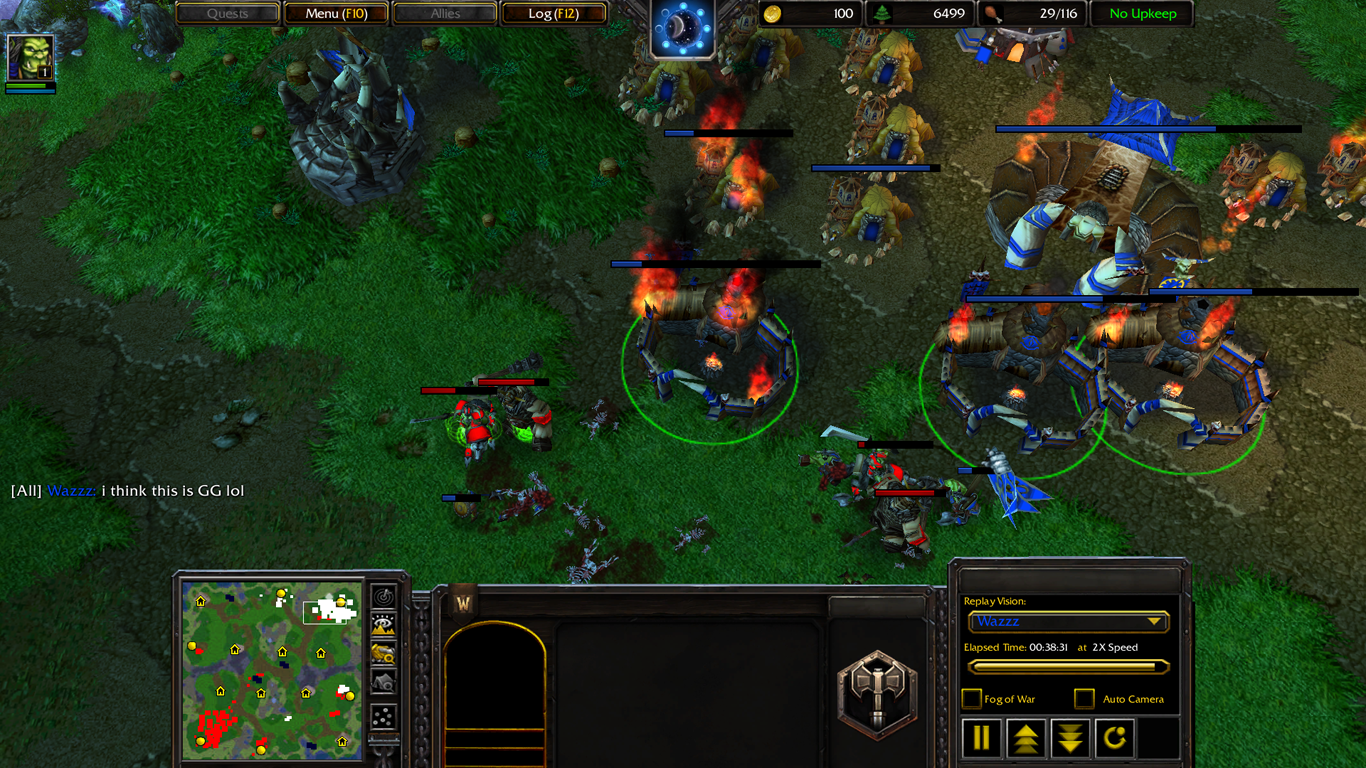 So far the game is looking very fun, although it's going to need a lot of adjusting and filling out to make it more "complete" for the Orcs. The Humans will also need a more intensive look into.

I think soon after that we'll be about ready to start bringing in the Undead, perhaps?

I will surely give a test sometime in the future when I have a good enough computer.

I will surely give a test sometime in the future when I have a good enough computer.

We're planning on hosting a 2v2 in the future once the factions are all setup, so I'll be sure to invite you over!

Anyway, here's one of the Orc's most powerful weapons of mass destruction. The Dragon.
These massive creatures are tough and hard to kill, being capable of annihilating whole armies with their fiery line attack. 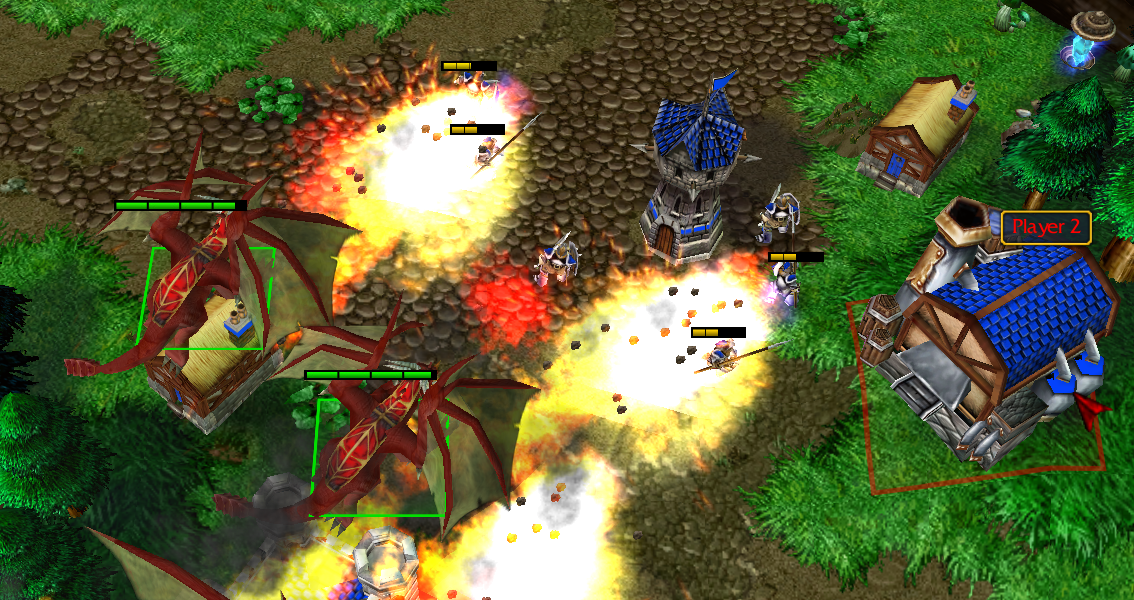 Aside from the previously displayed Dragon mechanics, the Orcs are able to mine gold at a slightly decreased rate. The majority of their income will come from maintaining aggression through raids and looting. With their focus being on an aggressive playstyle, the Orcs lack the capacity to repair their structures. Instead, upon losing their structures, scrap will be left behind that any Orc player can pick up for a resource boost.

The Warchief is a critical element to the Orcs. Through gaining renown, the Warchief is able to become a more powerful leader, unlocking new abilities and gaining reputation with other clans to hire in reinforcements as he reaches new levels. Be it on the field or atop his Throne, the Warchief's influence is key for the success of his clan, his choice of strategy influencing the outcome of their raids.

With a variety of creatures under their thrall from the lowliest Goblin to the mightiest Cyclops, the Orcs boast a motley crew of creatures and war beasts all bred for war.

Maps 2
Dev Update on the Humans:
The Humans are a simple but versatile faction with a number of cavalry units at their disposal, making them a well balanced faction that any player can easily play with, especially if you've played Age of Empires.
They're also a turtle's paradise. They can build walls near their structures, which serves as a good pathing blocker and a way to prevent yourself from getting raided.
Their T1 ranged unit, the Squire, is capable of getting on top of the wall hubs to fire from a longer distance as well as protect themselves from melee attackers. 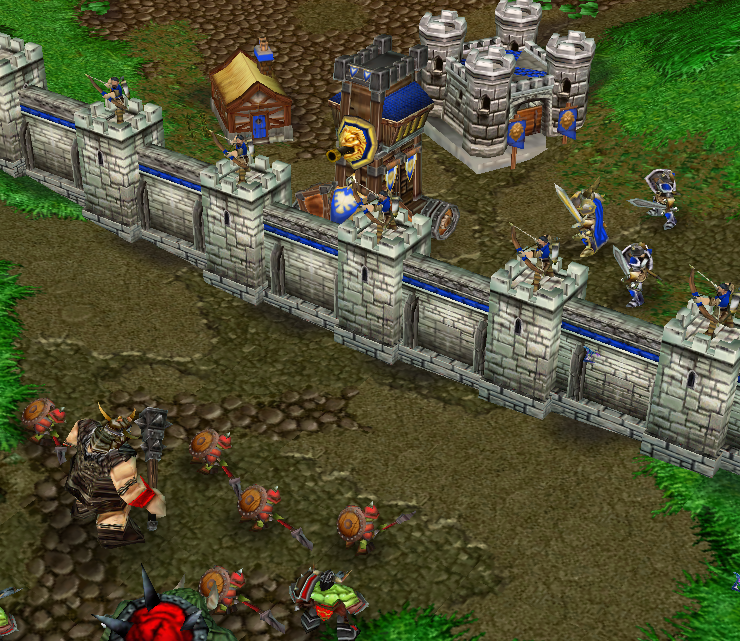 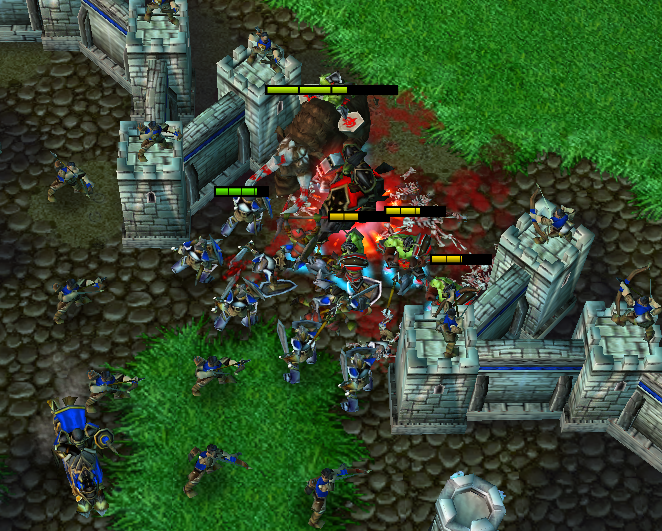 Developer Report [12/9/2021]
Been busy but project is very much not dead. Humans are nearly complete with a variety of engaging mechanics for the player to enjoy. One of those mechanics is the Veterancy system where Human combat units are able to rank up and become stronger from battles, rewarding the player for keeping their forces alive.

Since the project is meant to work with default wc3 melee maps, we took the liberty to replace the neutral structures and turn them into capturable control-point like structures that require units to stand near them to take over, which can provide the player a powerful advantage! 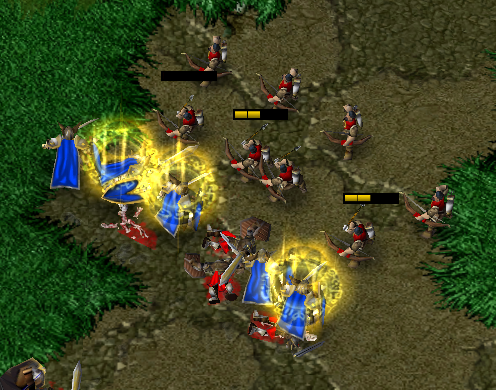 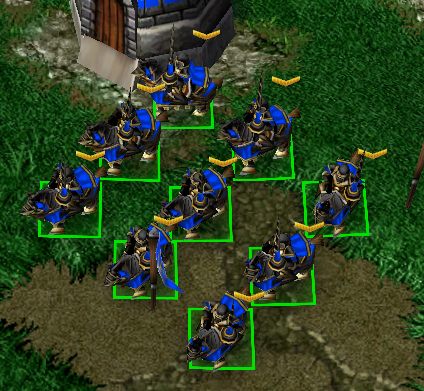 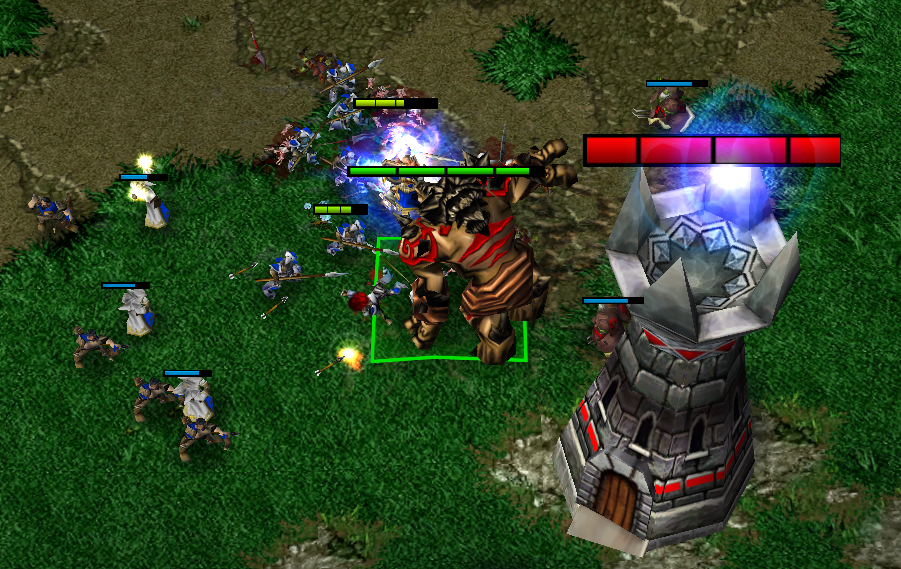 The overarching design for the Human techtree is one centered around versatility. The Humans are able to reach their top tier units relatively quickly, who aren't particularly strong, but this does open up pathways for Human players to progress through the game. Both the Paladin and the Knight, for example, are available at the Barracks, with the Knight also being available for training at the Knight's Chapter. The Paladin being a top tier unit for the faction, it is available after going one of two possible pathways, allowing for the Humans to go for various openings to try to rush the Paladin, or simply make it available for training.

The goal is for the Humans to be relatively unpredictable and able to respond to almost any threat with a "jack of all trades" approach. The primary downside for them is that the majority of their units, despite the tools at their disposal, are only Human - therefore, they do not possess any strong monsters at their disposal, although they do partly make up for this with their siege weaponry (more on that later).

For now, here is a picture of five knights running on their horses while a gold mine runs low on gold. 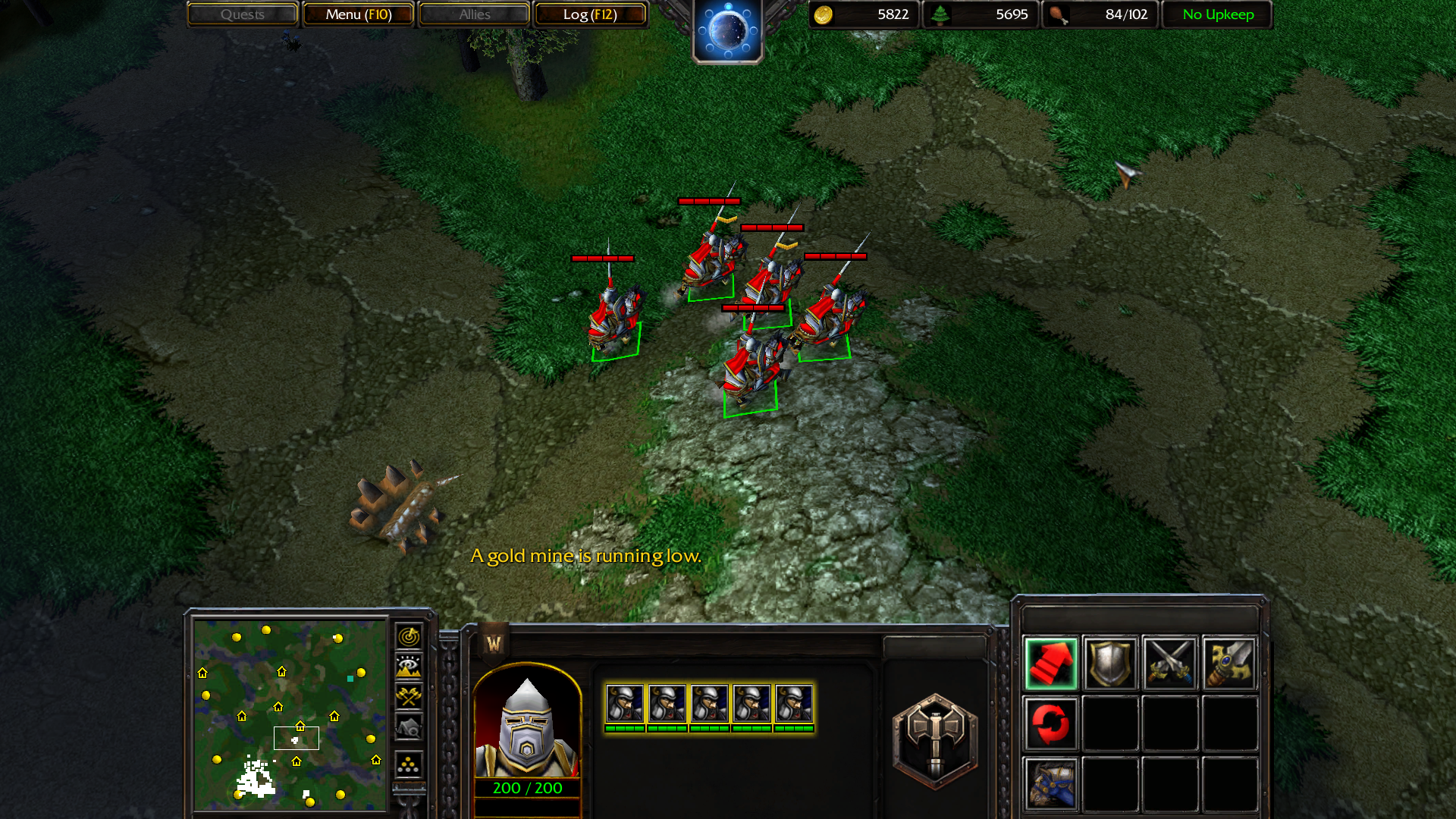 Icons 1 Ported Icons 1
Where can I download the map? When will it be uploaded?

Carefree World said:
Where can I download the map? When will it be uploaded?
Click to expand...

I think this project is hit the bucket too, silently.
It is sad, how many awesome looking project just go dead silently.
You must log in or register to reply here.

The Great War of Legarion