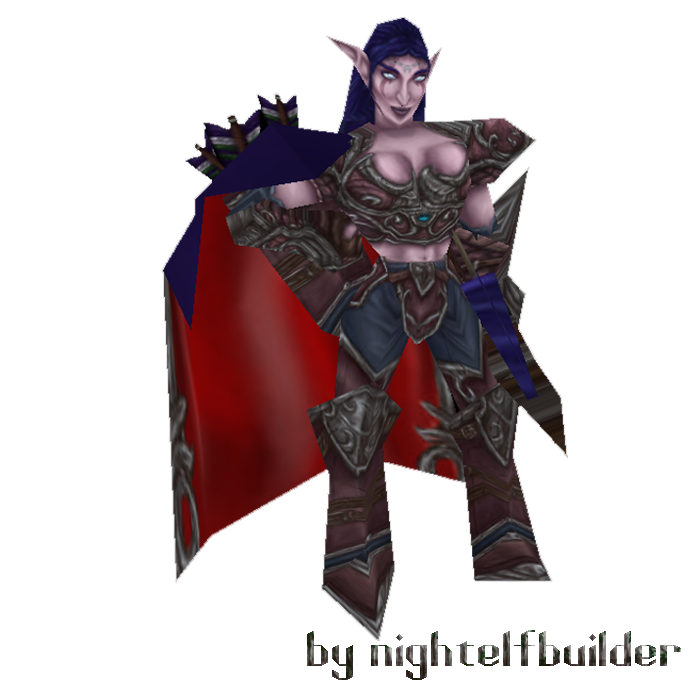 This bundle is marked as approved. It works and satisfies the submission rules.
View usage Statistics Legacy download
Reactions: 放假好(Good holiday), Vyonne, Ultramar and 16 others
hi, I'm back after two long years lol, anyway, this is supposed to be a rework of my first texture, the Darnassian Markman, well, until I decided to delete all of them lol

, soo this one is really really closely based off the reforged nelf archer with some personal touches and alterations to compensate for the horrible wrapping, especially around the boot area, also, this is my first time rendering something (I do not count my skins back then cause those were utter crap lol) sooo any feedback,criticism, etc. is highly welcomed, that way I could work on improving the parts that might be off, and be the greatest illustrator in the whole universe, loll, but, in all seriousness any constructive criticism about my art is welcomed and encouraged. and this skin is 100% handrawn, freehand, and organic, no gmos.

This skin was specifically made for the Night Elf Archer and not the High Elf Archer, so that it would replace the hyppogryph rider. There would be cape issues as well if this skin is imported to the Helf archer model. You need to import it twice tho, but here is an insightful quote by the one and only 67chrome:

The Night Elf Archer is a little strange, as both the model and portrait file do not use the same skin, so if you desire to write the skin to the nigh elf you will have to import it twice, writing it to:

(At least it will overwrite the hippogriff rider as well). With the way WC3 compresses files importing the same skin twice will not take up twice the room when comparing overall map sizes.
Click to expand...

note: I do not have access to the game anymore, nor I plan to get my hands on the game again, so I won't be able to provide in-game screenshots personally, although if someone tests my skins and sends sc of it in-game, the I would gladly post it, with consent of course. 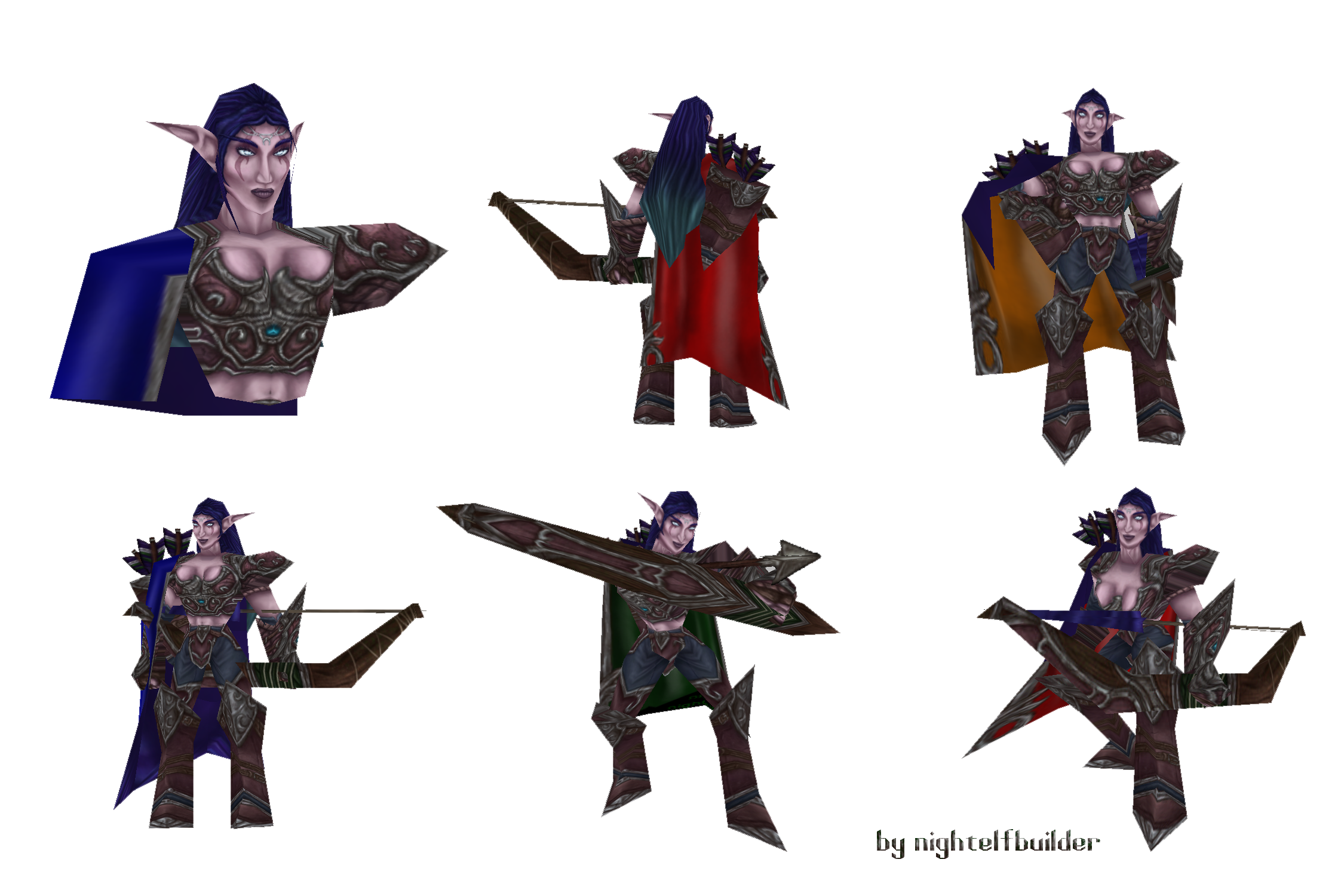 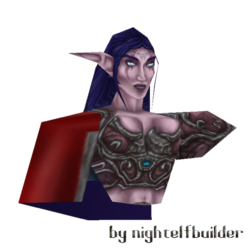 How to: night elf archer skin