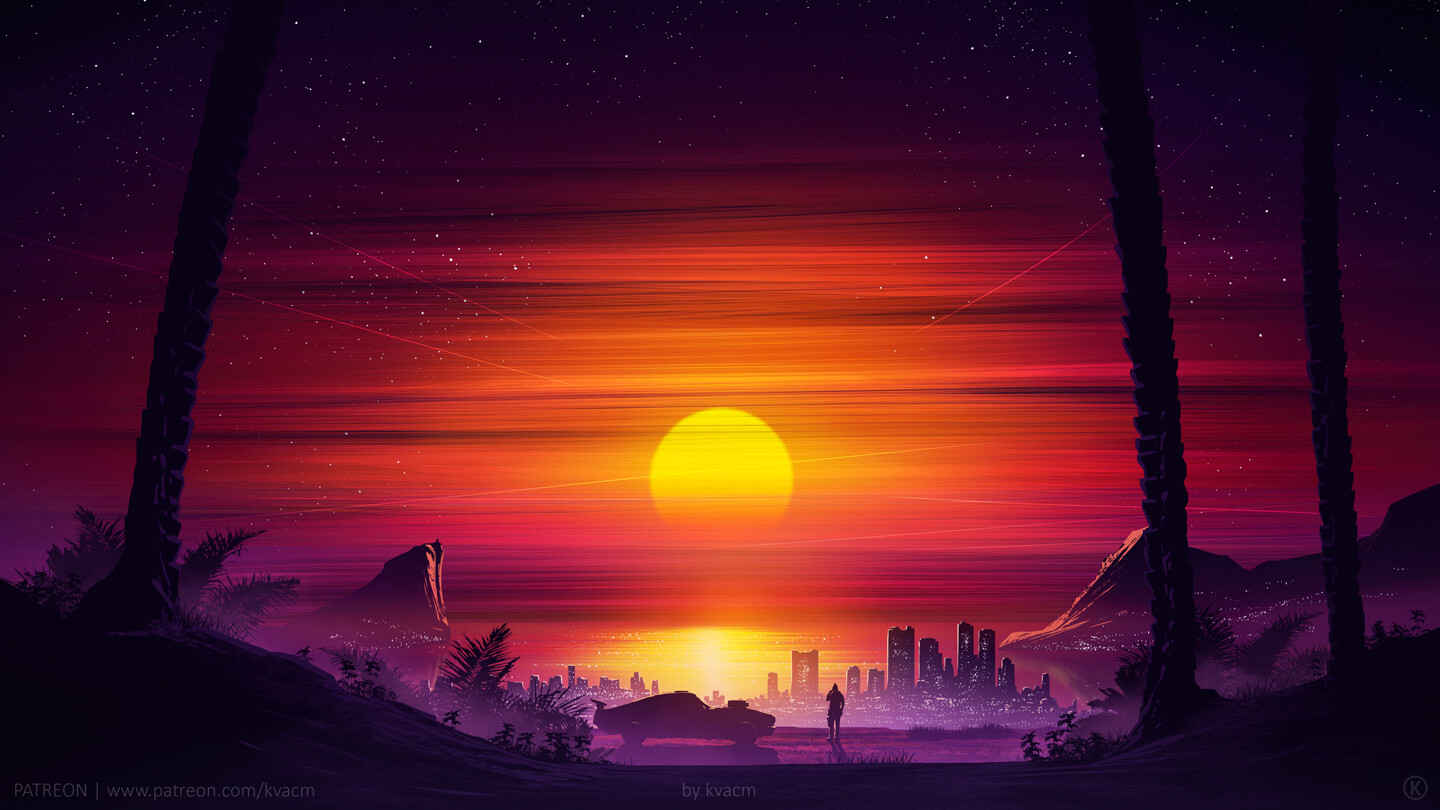 Participants were to create a music piece in the style of Synthwave. Knight Rider needed a song to listen to on his journey. The day was quickly saved!
Click to see more explanations for Synthwave.

The three winning teams will receive an award icon, representing the winning entry.​

Thanks to deepstrasz for compiling and uploading the video

@deepstrasz you could do one yourself and I'd attach it to the post ;]

May the best musician win ^^

Heinvers said:
you could do one yourself and I'd attach it to the post ;]
Click to expand...

Sure but I thought the wait was also for this. I don't know if I can do it until Sunday. I need a transparent version of "Hiveworkshop Music Contest #12 - Synthwave" words/letters.

One vote is kind of killer.

Please link to the contest page.

EDIT: never mind the transparent stuff. I got it from the contest page.


I don't know what's up with the low quality. I hope it's a YouTube video processing related thing, a matter of time.

Indeed the quality thing is temporary: Youtube converts your video in a few other videos with different qualities, and the one that gets ready first is of a lower quality.

Ah crap. Guys, vote the song you like most and more importantly which fits the theme, please.

Anyways, judging is 70% so I'm not that worried about popularity voting. If something goes wrong, we should reduce the user vote percentage from 30 to 20% or less.

Models 43 Icons 7 Packs 1 Skins 3 Maps 2
An awesome compilation of music. I was just looking for something to work to and combining pleasure with work is always the best. (Even better when I can make a tiny guessing game of who made what, based on the sound).

We got a good set of songs here. Great idea for the theme this time around!

Maps 2 Spells 1
So many great tracks!) My favorite is Cruisin' On Starlight

Maps 4
Brambleclaw's Cybernetic Journey: I'm getting AditTechno vibes listening to this. It's more atmospheric, outer space oriented. The ending is a bit abrupt maybe because it was intended to loop. Not saying it might not fit some synthwave oriented scenes but I'd see it more on something less broader like Blade Runner. Neat use of volume increase and reduction/fading. Could have had more stereophonic FX/panning.

deepstrasz's aimless: It's kind of steady. The listener gets the idea halfway through only to get more of the same. Panning and FX present. The sounding is unrefined. It doesn't really offer any atmosphere to delve into. The bass shouts for attention, the kick drum being too short to wave. In terms of following the theme, how does it, maybe in some low volume instrument?

Calciumcarbonat's Hive Wave: An energetic and concise composition, however quite too short that it gives the feeling of being unfinisehd. The ending is abrupt, possibly with the intention of the song to loop. Right on track, though too evident. It has atmosphere, nice use of synth fading and resurfacing. The percussion could have used more work to be less repetitive.

Donut78's Cruisin' on Starlight: For me, it's too much talking and not singing. Would work well over a video or as a radio story but as music, I prefer singing or just instruments. Some synths are too loud. Nice work on the percussion. A downside is that it's only two chords. Atmospheric synths, FX and all, well orchestrated, panning too and fading at the end. There's an issue with the latter that instead of the song finishing with decreasing volume, at one point some sort of phonograph quality sound can be heard until the composition stops. Obviously fits the theme in a cliche manner.

enzo2090's Pure Mind: Atmospheric, escaping the confines of the theme turning into a synthwave ballad. The bass and kick drums make their presence well known although the percussion isn't impressive but just does its job. There's left-right/right-left sound moving behaviour, volume fading. What you've used as a bridge could have been the chorus and the bridge something else, implying that the composition has its monotony dose.

GhostOfPast's Synthtide: There are interesting ideas therein. I feel it belongs more to retro-gaming genre than the required one. But let's not limit ourselves and mix (in this case, racing) games with synthwave. It has plenty of goodie FX, volume manipulations although some instruments are too loud. Towards the last part, it kind of sounds like you've tested some new plugins instead of actually playing or creating a melodic line. The end is abrupt. Seems more complex than the other compositions in structure.

Hakren's Traveling Dreams: Good use of instrument panning. Has a retro game vibe. The depicted mood ranges from chill to melancholic. In essence it's kind of short especially when the last part is another copy of the first ambiance one. Ends dully, at least the piano type FX does.

ItsRyanBoi's Star Gazers: Combines synthwave with techno/house. Generally it needs chord progression as it plays too long on the same mood and bass line. That or at least more stuff going on, shutting some instruments bringing others, adding upon. The percussion could have led the flow. Some parts of the composition sound familiar.

Jackyy.BaDitO2's 80s Hero: We'll call it synthwave due to the drums and that it uses synthesizers. The sounding is classical-Baroque music. The melodic line is too familiar, like that of many compositions during those times, Johann Sebastian Bach's too. Generally, most songs reminisce of something but this one is in your face. You should have left more time for the cymbal at the end to fade.

I would have to go with enzo2090's since it's one of the most original stuff here.
I like most of them and will listen to them regularly as I do with the ones of the previous contests.

id ather have Donut win then deepstarz because i dont know about the drum set for his song, it's not centred.


(If your wondering why, it's because I like to have MY beats centred when i am listening to songs.)

Graetgames said:
id ather have Donut win then deepstarz because i dont know about the drum set for his song, it's not centred.
Click to expand...

I guess, I'll never use panning for drums again to make sure I'll win next time!

Icons 4 Spells 1
Will hand the judging in a few days!

Spells 1
Glad to see so many entries! I would vote for @Donut78 's entry if the poll was still able to be voted on (someone add me in, I honestly did listen to all of them). Here are some comments:

deepstrasz said:
We'll call it synthwave due to the drums and that it uses synthesizers. The sounding is classical-Baroque music. The melodic line is too familiar, like that of many compositions during those times, Johann Sebastian Bach's too. Generally, most songs reminisce of something but this one is in your face.
Click to expand...

I intentionally wrote all of my commentary before reading anything you wrote. We had the same thought here!

Models 43 Icons 7 Packs 1 Skins 3 Maps 2
Damn, got swamped with work so never got to vote. But if I had a choice, I would be going with Donuts. Can't really say anything specific. But the song compilation has been part of my work music, running on repeat for hours since they were posted - and every time Donuts song starts I feel myself slightly more uplifted and I sometimes repeat it an extra time or two. So yea, purely on my subjective idea from that, he would have gotten the vote. I love the voice overlay and the glittering joy in it.

That said, Hakrens also have a wiff of that sweet joy, but with more of a life isn't always sunshine feel.
Last edited: Sep 4, 2019

Pyrogasm said:
Glad to see so many entries! I would vote for @Donut78 's entry if the poll was still able to be voted on (someone add me in, I honestly did listen to all of them). Here are some commentsn. It just kinda... happened.

I also wanted vocals honestly, but I posted the track very last minuet, and wasn't able to go to the studio and record something for the track. As for the "wanting more of something", I was supposed to add a change in the middle that would add that needed variation. However considering how busy I was at the time, I just wasn't able to. SO I just focused on making a song that would pass well as a "finished product as an actual song". The mixing and mastering plus a stupidly catchy main melody was the focal point of the track. If I actually had more time then it would have turned out perfect. All in all I think it turned out well, and it's something I can easily go back to and enjoy.

Icons 4 Maps 1 User Interface 1
Hello everyone! I apologize for the delays. Results are due to be out within next week or so. Keep tuned guys!

Models 3 Icons 65 Packs 3 Skins 27 Templates 3
Judging delivered to Naze. Thank you all for the patience.

Although with these entries everyone is a winner in my book. I didn't make a mention of it before, but I also truly enjoy the intro of Brambleclaws piece.