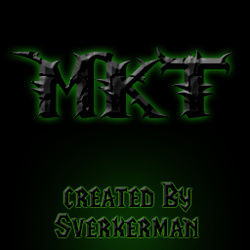 Goal
-Win over the opponent team 5/10/15 times and claim your title as the Mountain King.

About
-I created this after being bored from trying to have a nice micro game between 2 players on the Footman Frenzy map.

-The game is based on micro (how good you can control your hero) and teamplay.

Goal as Creator
- My goal with my creation is to get clans to play it so that I can set up tournaments where clans battle each other to become the 1st world ranked MKT (Mountain King Tournament) Clan.
- I wanted to refresh my triggering memory for the reviving of my other project, Bosses of Warcraft.

Credits
- I want to give a huge

dance to Hagge5 for his amazing work with all of the ingame voice acting and for helping me out with minor issues as always (Map Preview Screen, Loading Screen, Throw Rock Code). Thanks.
Consumed Time
-181 Hours, 53 Minutes and 21 Seconds.

Tower of Silence
Grants you the ability Silence.

Blue Star
This is where Team 2 spawns.

Red Star
This is where Team 1 spawns.

Visibility
Hotkey R
Range Unlimited.
Cooldown 0 Seconds.
Lasts 4 Seconds.
Area 350.
Action You reveal some of the map to scout for your enemy.

Throw Rock
Hotkey G
Range 900.
Damage 15.
Cooldown 7 Seconds.
Action You throw a rock towards your enemy. This spell can also be used to obtain control of artifacts.