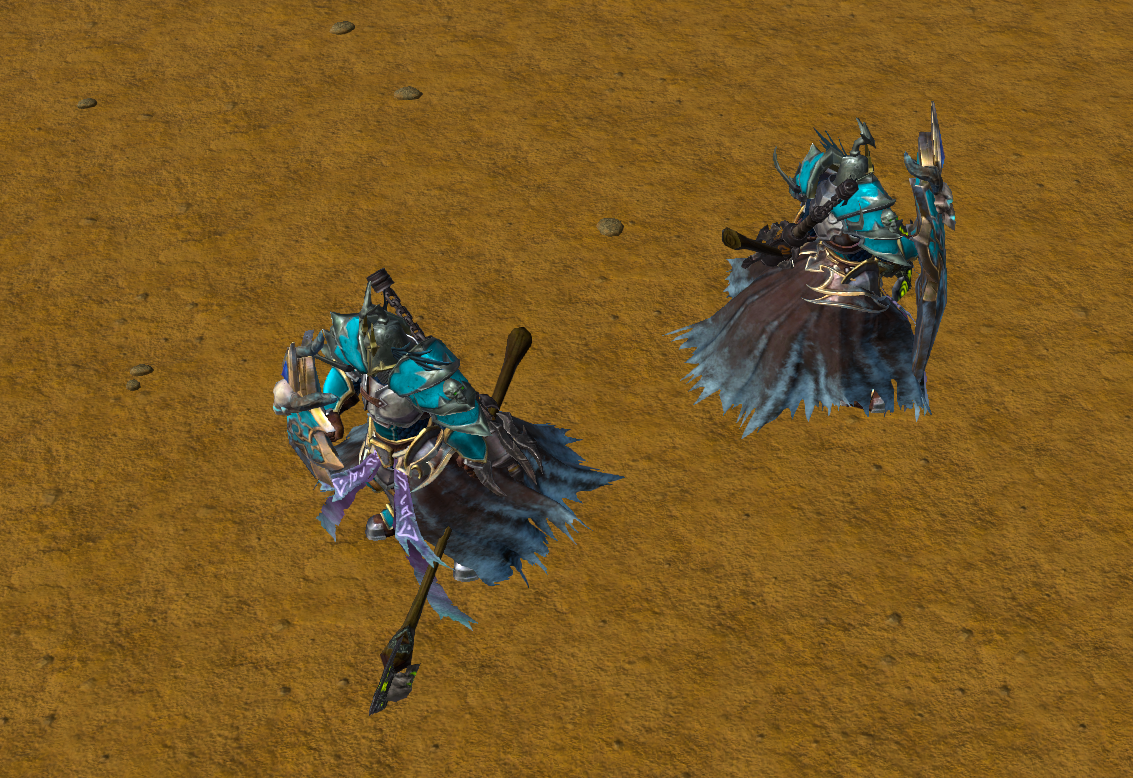 This bundle is marked as pending. It has not been reviewed by a staff member yet.
View usage Statistics
Reactions: deepstrasz
A powerful variant of the Footman with the weapons and appearances of the Undead Revenants.

The Death Guards of Kaloria are the most sinister units of all the Custodian Guard, they wield the Revenants' weaponry to fear the enemy from within. Though they are corrupted, they were possessed by the Revenants to pledge their allegiance to the Custodian Guard. However, the Death Guards are not the only units which the Kalorians possessed, but their appearance, as they were transferred from the Revenant's soul into the human one, but granting them immortality from conventional and arcane weapons.

The origin of the Death Guards come from the Imperial Expedition to the uncharted frigid land of Gehenna, home of the Revenants. A curse which infiltrate inside the Imperial camp and knowing their plans to conquer their homeland. Angered by their presence, they prepared and ambush later in the night. The entire Imperial camp are caught by surprise by the Revenants and mercilessly slaughtered the whole regiment. Ultimately, there have been news of Revenant activity outside of Gehenna that the Custodian Guard Captain Rahmir Kustan have been collaborating with the Revenants will make a new partnership in exchange for their services, by possessing the Captain and his cohorts, a sign of goodwill and allegiance. Later, the possessed captain and his forces by the Revenants are now clad in death armor and almost unrecognizable faces to share their sinister presence as the Death Guards of Kaloria.

In map editor, change both names to DeathGuard.mdx and DeathGuard_Portrait.mdx
Contents

Models 1 Skins 1
Just a tip this could use a more darker armor the textures of the elves would do for the body however the head needs to be retextured.
You must log in or register to reply here.