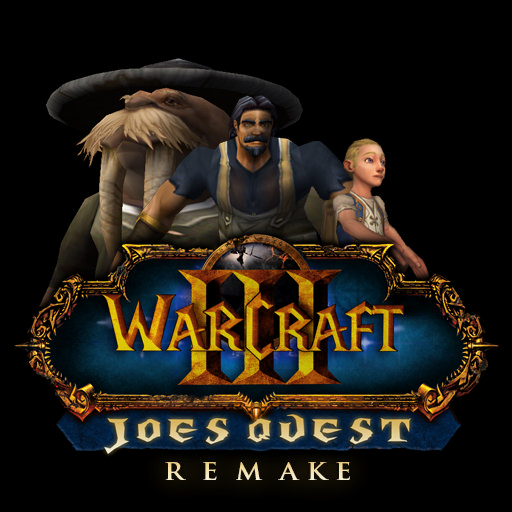 This bundle is marked as director's cut. It meets all expectations and excels in every regard.
View usage Statistics Legacy download
Reactions: Despera, Holy Fool Sehrael, lion man and 26 others

The trio of weirdness is back! Introducing Joe's Quest Remake, a custom campaign for Warcraft III version 1.27b. Originally released in 2003, this campaign follows the misadventures of the pathetic drunkard Joe, his troublemaking son Lil' Timmy and the unflappable Wally. Do they have what it takes to survive against the evil Undead Scourge and more? Will they ever escape Lordaeron and enjoy a life of bliss on Kalimdor? Download and find out! 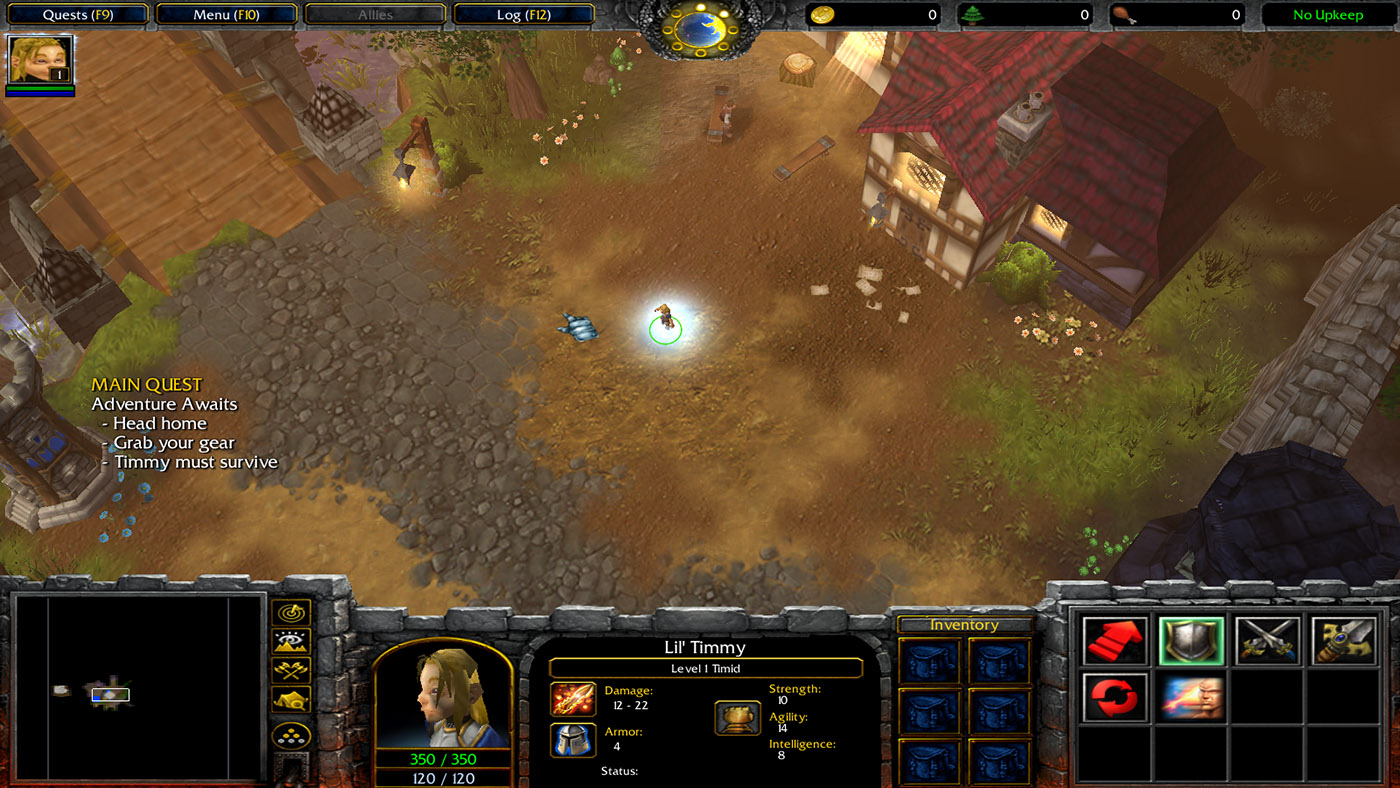 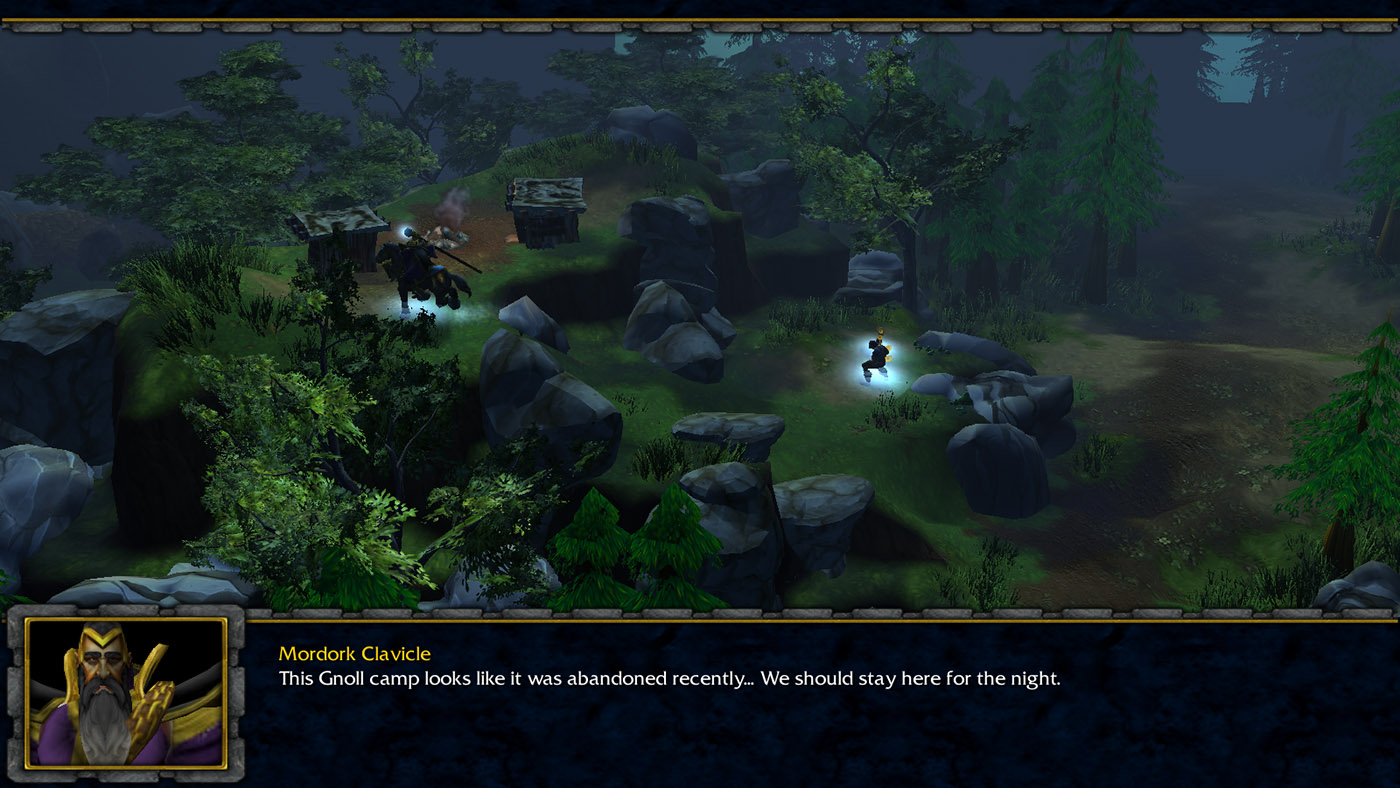 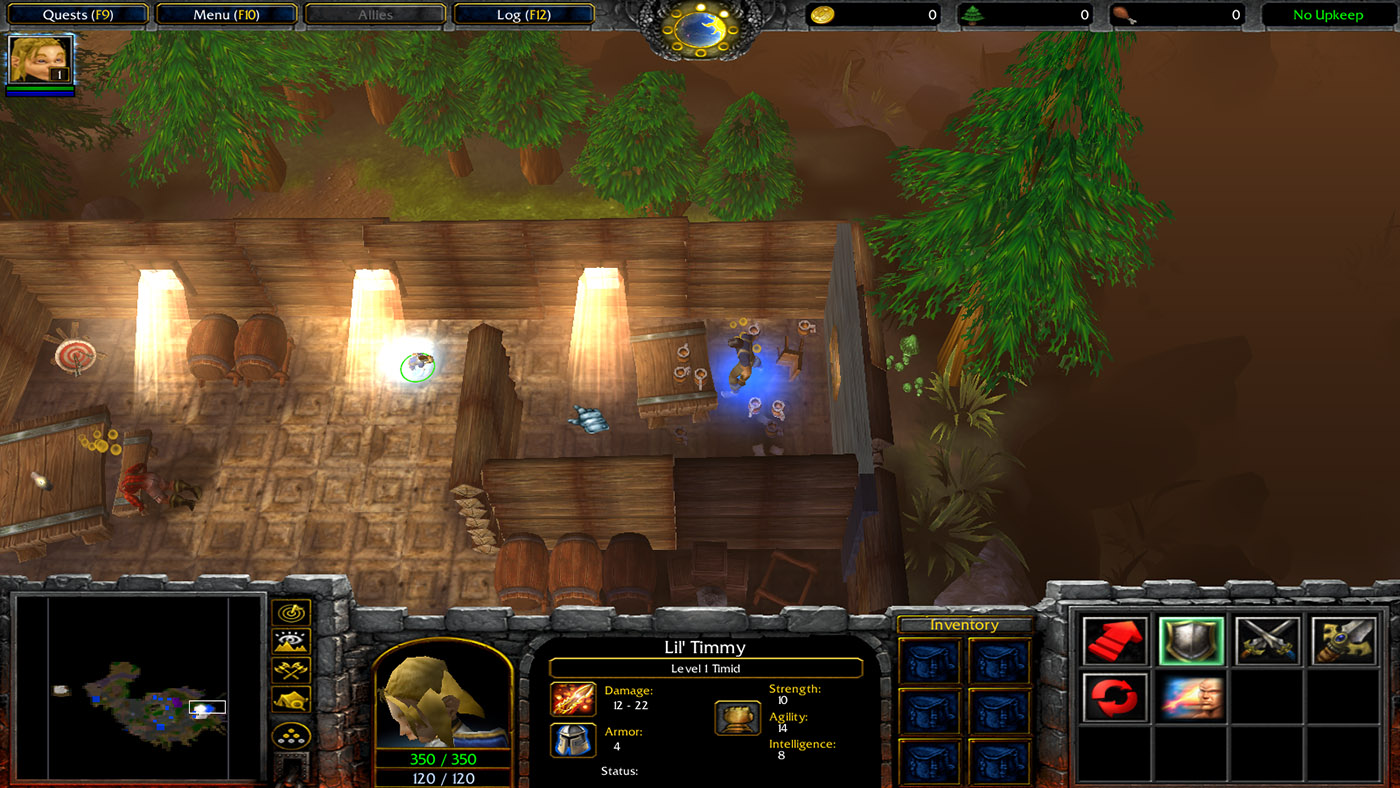 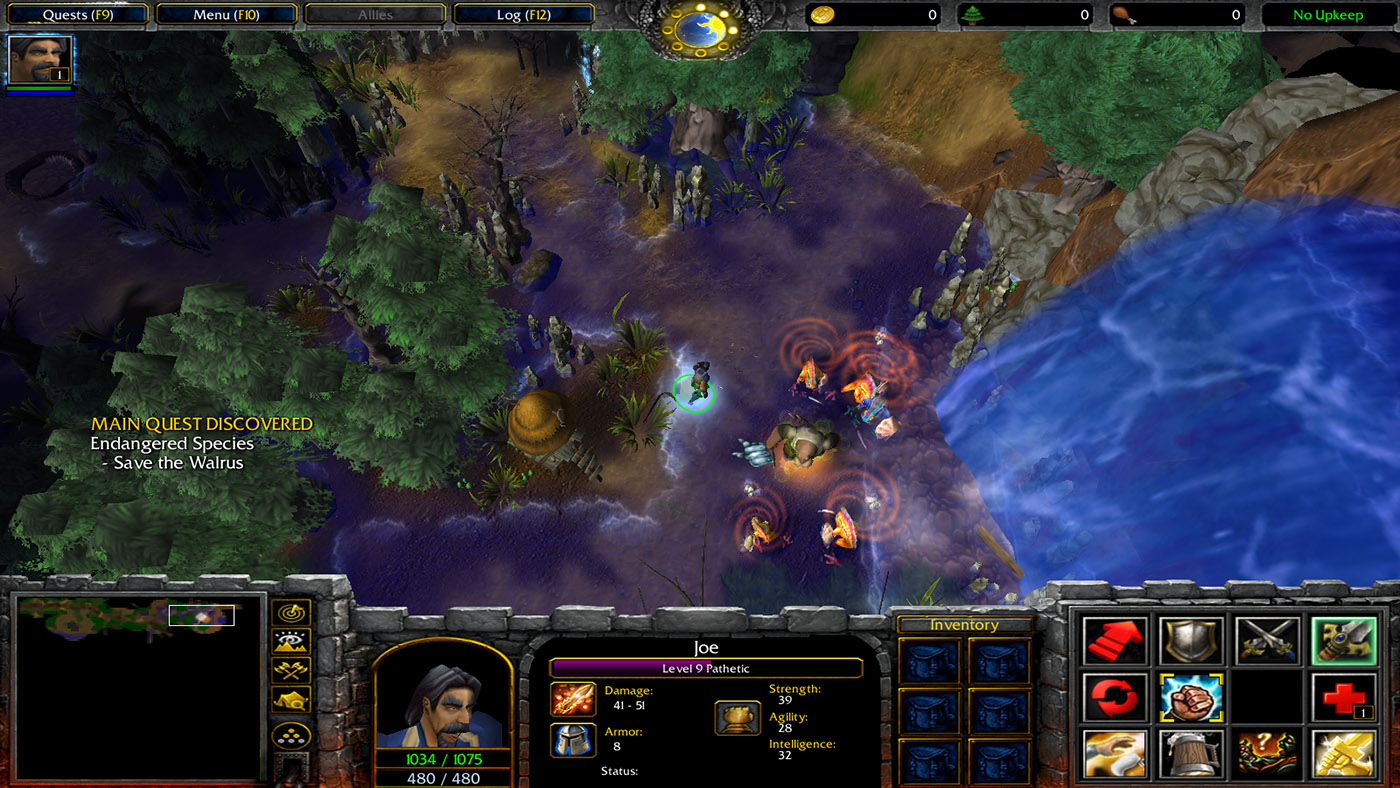 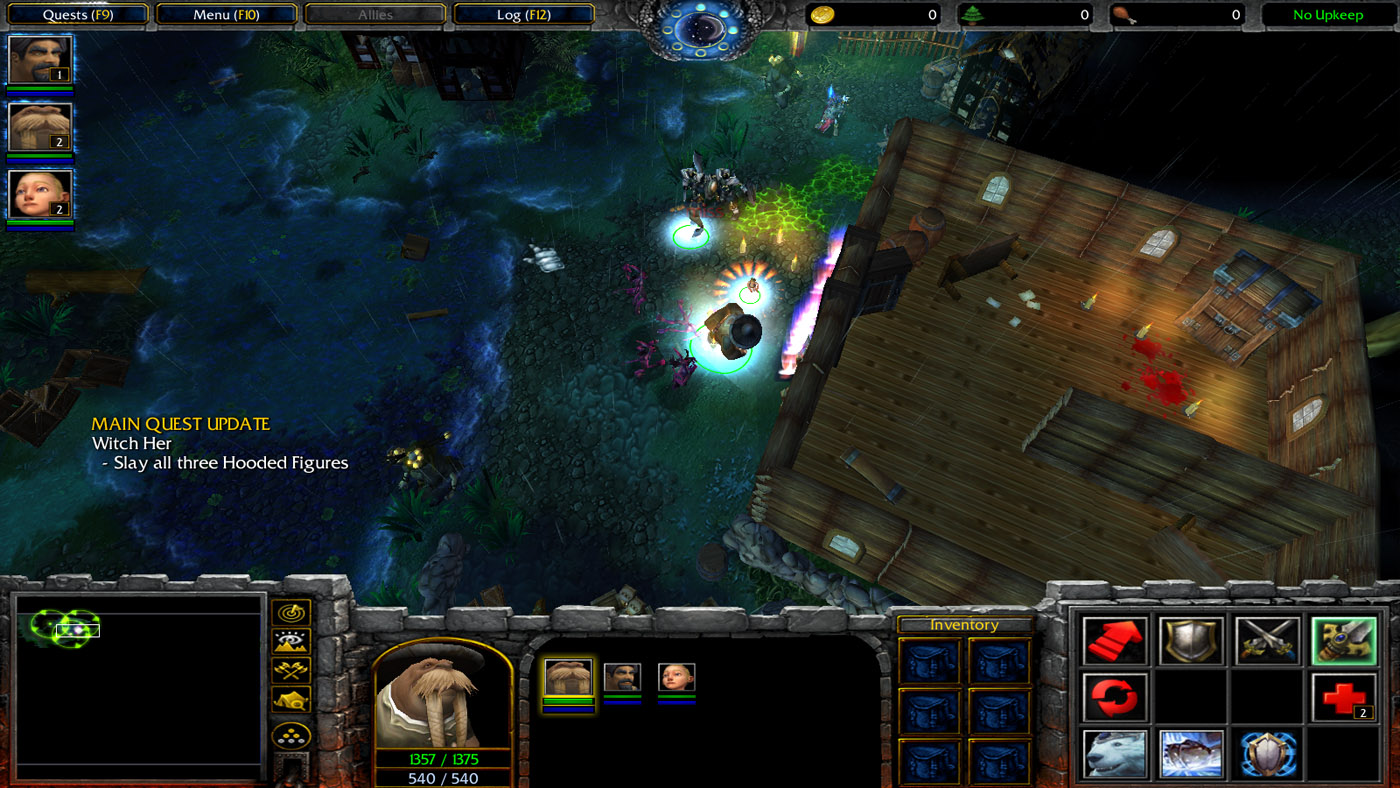 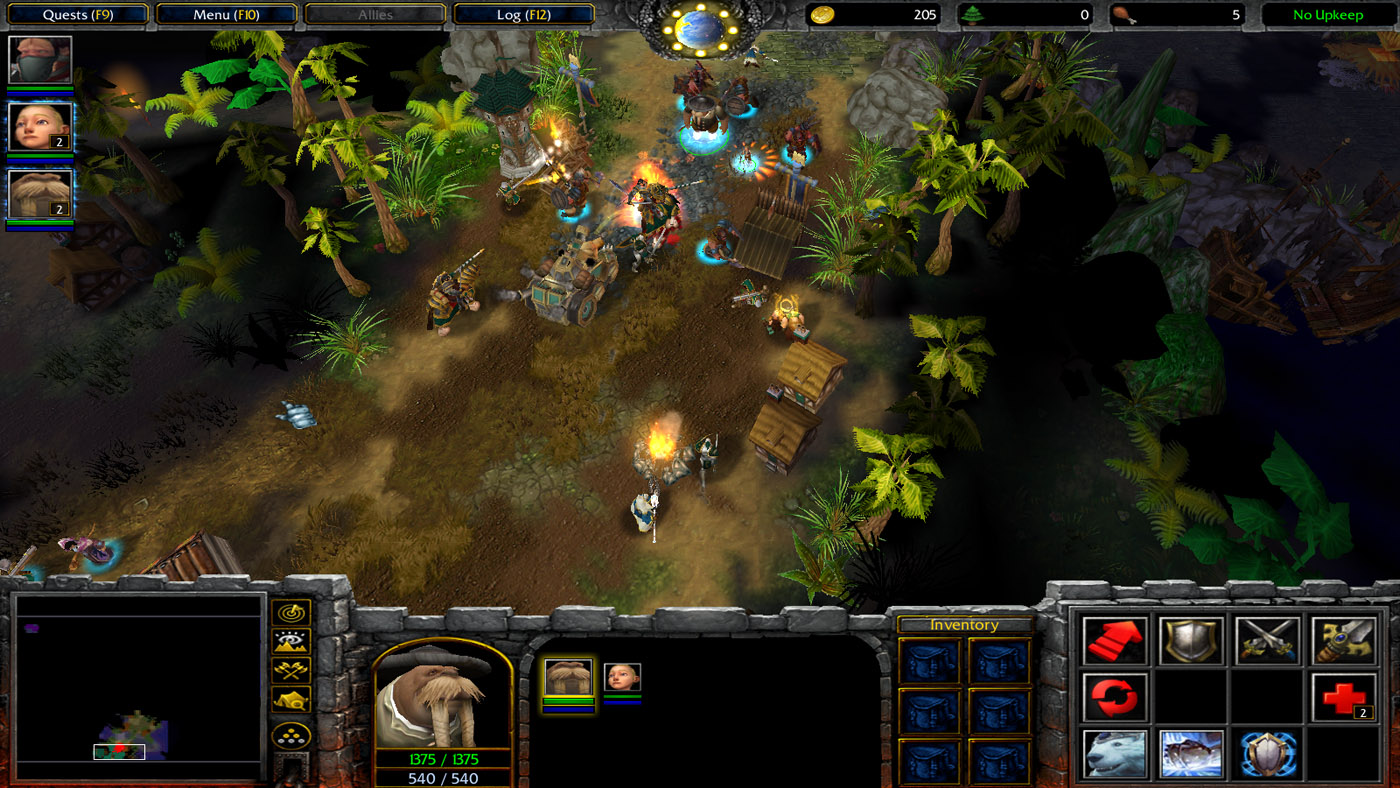 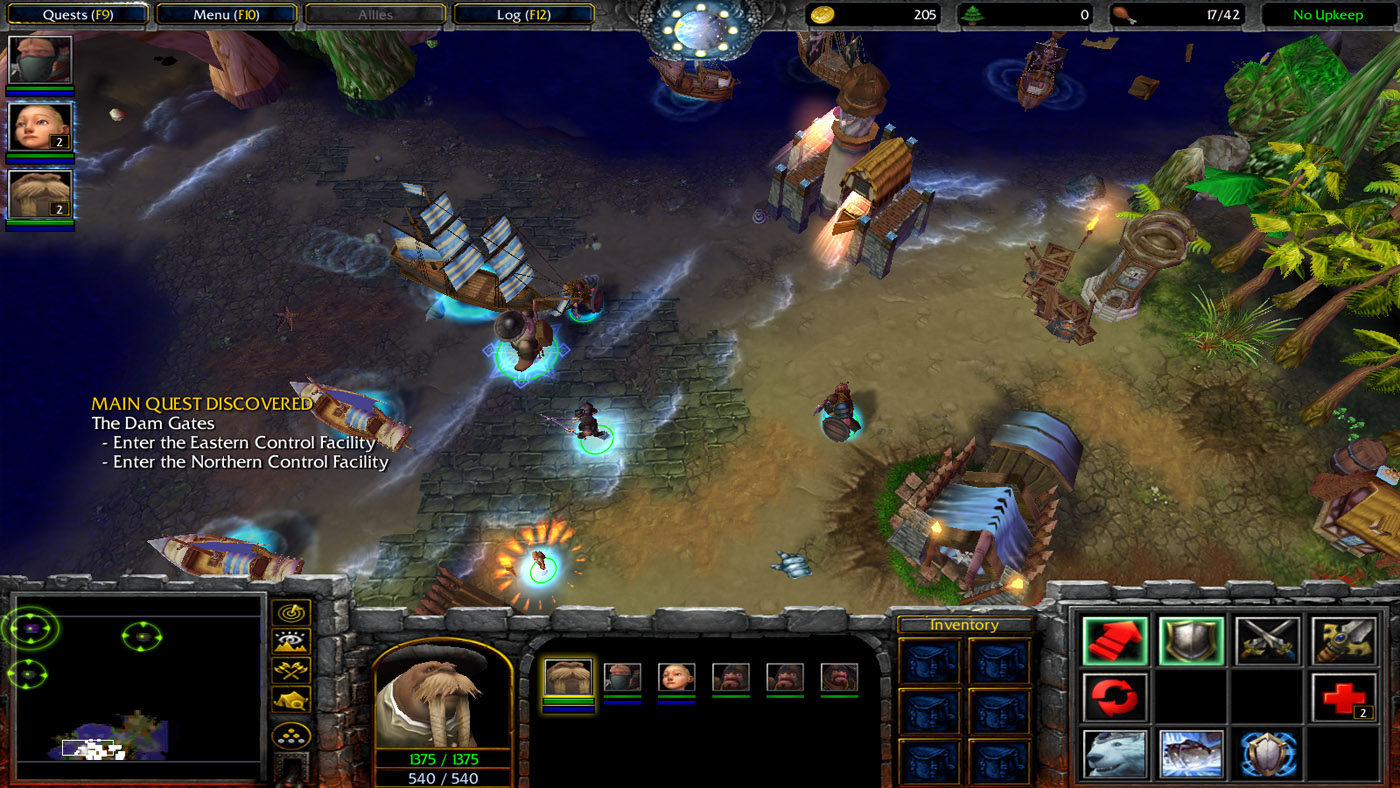 Not interested in this remake? Then come on down and revisit the trials of Joe, Deandra and Mordork with Joe's Chronicles Classic! Relive the derring-do of Joe the Drunkard, Deandra the Lovesick, and Mordork the Tortured Mage! Do our beloved heroes have what it takes to defeat the evil LeChunk and the dreaded Diablo? Will they ever get to the fireworks factory?! All this and more in Joe's Chronicles Classic! Download Joe's Quest GOLD now!

If this 'Remake' edition does interest you, then introducing the upcoming 'Remake' editions of Deandra's Tale and Mordork's Quest. Yes, the OG entries that form the Joe's Chronicles game-imatic universe! Featuring new characters, new music, new vibes! Both projects are still in-development, and I won't even mention that one time I had to reformat my PC and all the files were lost.

FAQ
1) Have all levels been remade? Yes, all levels have been edited and remade, some from the ground up.
2) What is the new Joe's Quest level about? The new level replaces the original interlude cutscene and will help flesh out Joe and his pals journey to find the elusive Silverspoon Seaport.
3) How much dialogue has been rewritten? I tried not to change as much of the original dialogue as possible. My overall goal is to keep the spirit of the original as much as possible!
4) Where is Joe's Quest 2? A sequel will be made based on the reception of these remakes. I hope people like it!
5) Why was there such a long delay for a sequel? I stopped working on the series after Joe's Quest 1.5 as I felt burnt out at the time and didn't really know where the story was going. That and my ambitions for the sequel outweighed my skillset and what assets were available at the time. Hopefully if and when I do start working on a sequel, it'll feel close in spirit to what I had originally intended all those years ago.
6) I hate how the 'Remake' versions looks and plays! Can I just play the original? Why of course! The download is at the bottom. Enjoy!

Map Info View Resources In Use Download
Reviews
VGsatomi: Originally a Director's Choice awarded map on Wc3search. A campaign with humor and excellent gameplay. Made by one of the community's best mappers.
Read full review...

VGsatomi: Originally a Director's Choice awarded map on Wc3search. A campaign with humor and excellent gameplay. Made by one of the community's best mappers.

Maps 2
It was a great campaign. I'll start out from chapter one: The story was great, and fun. But you need to store characters in game caches, I went to a later chapter and couldn't find out what happened to the items that were in Joe's inventory. Weather or not the campaign was meant to be humorous, the dialog in chapter 4 really killed the mood. You should add more offensive spells, like a &quot;Super arrow&quot; for Timmy or something. You should also set Timmy's main attribute to Agility, since he is fast. You did an outstanding job after chapter four though, and it was fantastic. I hope to guide Wally Joe and Timmy through more crazy adventures in the future. 10/10

This map is fairly old but is still one of the best maps out there. The story is intriguing yet hilarious and is obviously heavily influenced by games like Monkey Island and Grim Fandango. Unfortunately the creator seems to have vanished into thin air, so even though he WAS working on a Joe's Quest 2, I doubt we'll ever see it. T_T

Maps 12
What are you talking about?
He never vanished..
You can look here for his latest projects: http://forum.samods.org/index.php?topic=9160.0
but I think they will never be finished.
If you search in google &quot;MedMapGuy&quot; you will find a lot of him... and it seems that he have other things to do.
Searching a job etc. and making fanfilms xD
He is a nice painter, too!
http://staff.samods.org/medmapguy/Robotech/Mae.jpg

Icons 2 Skins 3 Maps 6
Fun quest, but that i love most is without doubt the name Arghammemnon or whatever the pirate were called!

Maps 2
AAAAAARRRRRRRRRGGGGGGGGGGGGGG!!! I want to see them go to kalimdor!!!! This map was funny interesting and awesome. Why has the creater of this map disappeared?????

that's freaking awesome! i like the storyline and surprise the way you put the unit lines together in a some kind of comedy stuffs. keep working man!!!!

Icons 6 Maps 1
greatest campaign ever, +i love the monkey island 3 sounds and music

Very good campaign! Should definately dl it. Has very humoristic dialoges and doesnt tire the player 5/5

it has the most boring game-play.

Come-on, anyone will just use 'whosyourdaddy' to end this game.

Maps 2
What makes a great campaign is one that makes you want to play the next version after the campaign ends and this campaign just make me feel that way 10/10!

note : i look this map by filter the director's cut
Great Job!

how can i play this map??
i couldnt found it in my map list..

it has the most boring game-play.

Come-on, anyone will just use 'whosyourdaddy' to end this game.

Jeeze dude, the point is to NOT USE CHEATS...
Play the game normally...

Maps 1
I cant really understand why this campaign is directors cut. I dont think its really that great. Modorks Quest is clearly much better made, just a shame that medmapguy left mapping before finishing it :/

You gave me a fresh new idea! Yeah i love how you made those awesome ships

Really cool Campaign. I throughly enjoyed it. Thanks to the uploader and GZ to the map maker.

Really nice campaign. I've thorough enjoyed it. Thanks to the uploader and gratz to the map maker. 10/10

Edit: So sorry about double post. I thought the first one didn't go through, wasn't intentional.
Last edited: Jan 4, 2010

Maps 1
This map is pretty good I must say, but it could use more offensive spells. Other than that its great. 9/10

The best campaign than and played 5/5: P

I loved it. Amazing fun, very funny, and there are parts where you need your brain (eg.: minefield in ch.4).
However, I don't know if this is a singular incident, but when I took the left path and met the humans with the orc X, the cinematic stopped. I mean he killed the gate and three footmen, walked off, and all the characters stood there doing nothing in cinematic mode. I couldn't even exit cinematic mode with esc. Any idea why?

Maps 10
yeah! I made it to the director's cut! thanks for all the support guys and maybe a couple'a gals!

hey Med.MapGuy! do you have any info about the 2nd Joe's Quest campaign?
this is a great, funny and enjoyable campaign, thanks man

Maps 1
It was very interesting, not very boring though. Cinematics were long, but funny.
5\5 you got from me!

BTW I think Joe's Quest 2 won't be created. Oh, and don't blame me! That's what I heard!

what the...
it is so funny
this campaign totally owned
good job!

This is a great campaing. But still, main characters are gansta 4 year old boy, drunkken dad who uses alcohol way too much, and a walrus who can sunk a ship with one rock. But still THEY ARE GREAT TOO!!! Make more maps/camppaings like this pls.

Models 1 Icons 1 Skins 1 Maps 2
A good campaign, but I don't agree with a Director's Cut. The dialogue is funny, but I don't think the terrain, gameplay, and cinematics are that good (the terrain being pretty bad at times). I also found lots of bugs, like cinematic dialogue repeating after the cinematic is over, dummy heroes owned by the player (like two Timmies in the first chapter), invulnerable heroes (defense chapter), etc.

I think Mordork's Quest and Joe's Quest 1.5, made by the same guy, are better campaigns (and some campaigns made by others come to my mind as well; like Shards of Resistance Raiders, Dwarf Campaign, The Last Guardian, The War of Corruption, The Coming of the Horde, Thievery, and To the Bitter End).
Last edited: Sep 16, 2011

if that is Joe in the picture(unarmed)better use the model:Unamred Hero by Kitabatake

Though I agree that the campaign has its flaws, it is a classic. But I don't remember experiencing any of the bugs. Maybe an update of Warcraft III has something to do with this. I do remember a campaign that suffered from the same thing only because of the updates.
You must log in or register to reply here.