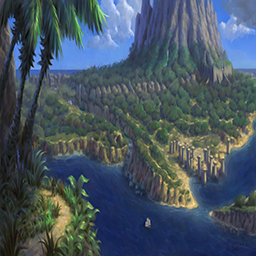 You are a venturous goblin escapeing the clutches of one of the Lost Isles, on your way to a new home when your transportation was ambushed and you are forced to get out on the edge of an island. Many other Goblins have also been shipwrecked at this spot and there might be a lot of wrecedge you can use to build shelter or a fire.

This map is packed with awesome models and icons and a very fast paced survival game.
-tip:also remember to either make team 9 10 11 and 12 as comp or closed so that no one can be them. The upgrades from tent


Images of where to go to be a specific class
1.Pirate -O-Forager-(Start class), Has the Critical Strike and Dodge ability to start, also Can learn Rocket boots and I Spy Stuff!
-hopeing to add to forager- 2 more skills and posible a switch from I Spy Stuff!

-O-Pirate- Has Critical Strike, Pirate Garb, and Dodge ability to start, also Can learn Cuncusion shot and Shoot. also is friendly with pirates.
-hopeing to add to pirate- 2 more abilities and special talents

-O-Hunter- Has Critical Strike,Savage Garb, and Dodge ability to start, also Can learn Call Tiger, and gets a special item is also friendly with trolls
-hopeing to add to hunter- 3 abilities

-O-Shaman- Has Critical Strike and Dodge ability to start, also Can learn ,Earthshock Earthbind Totem, and FireComet Totem, also is friendly with trolls
-hopeing to add to shaman- 1 abilities and special talents

-O-Warrior- Has Critical Strike, Heavy Armor, and Dodge ability to start also gets a special item
-hopeing to add to warrior- 4 abilities

Tutorial the point of view of P.1

To start you will be droped here (the image below) After that head north out into the wild (stay on the large island for now) and look for a stick and a hide (hides drop from anything that has fur Exp. a Stag) and make sure they are in the currect order when you pick them up

changed the pirate and hunter mods

Tools 1 Maps 13 Spells 1 StarCraft II Resources 1
Now that's what i call an acceptable description, but maybe add some bold titles so it will look better.

Maps 1 Tutorials 1
I am recommending this map for rejection.
It has poor in-game documentation. The terrain feels empty, the item-spawning is a joke, it has lag issues, it has spelling issues, it has tool-tip issues, it has issues issues. While none of them individually are reason for rejection, taken together, this map brilliantly shines and sparkles with fail.

While I applaud the small advances you have managed to make, your refusal to take my advice and work in Map Development has assured that, yet again, this map doesn't make the cut. I am notifying ap0calypse of this re-upload. I strongly suggest to you that you go to MAP DEVELOPMENT and beg for help. Someone there is sure to take pity on you and explain why I lied when I said none of them individually are reason for rejection. (Hint, it is the leaks! The Pretty pretty leaks. They begin on line 6, word 11 of your first GUI trigger in the map. Wow constructive criticism is fun. Go get more at Map Development!)

Edit: For those who are curious, here are his previous Attempts at posting this:
1
2
3
4
5
And this one for 6

On the bright side he did post an entry in the Idea Factory, so there is hope for this map eventually
Last edited: Feb 16, 2010

Maps 3 Spells 1 Tutorials 1
I have warned you about this...
You have received 1 infraction point which lasts for 1 month.
If you upload this map again within that month, you are banned until one of the infraction points expire.
You must log in or register to reply here.