Models 23 Icons 15 Skins 3 Maps 3
Well, I found that today, and asked some people, they mostly did not about that, some however, found of that very recently, so I have to remind you that there is actually Hydralisk which you can access and play with in regular WC3 mission.
According to WOWwiki

,,The Hydralisk is a hidden creature in Chapter 2 of the Night Elf Campaign, Daughters of the Moon. Tyrande Whisperwind had just been attacked by Archimonde when she used Shadowmeld to hide herself. She escaped the Doom Guards to reach safety. Along the way, she found the in-game secret of a Hydralisk hidden in the upper right corner of the map behind a layer of trees. The Hydralisk aided Tyrande in fighting past the Undead forces blocking her way. "

So, I tested out, and indeed still there is one Hydralisk there, I took screenshot 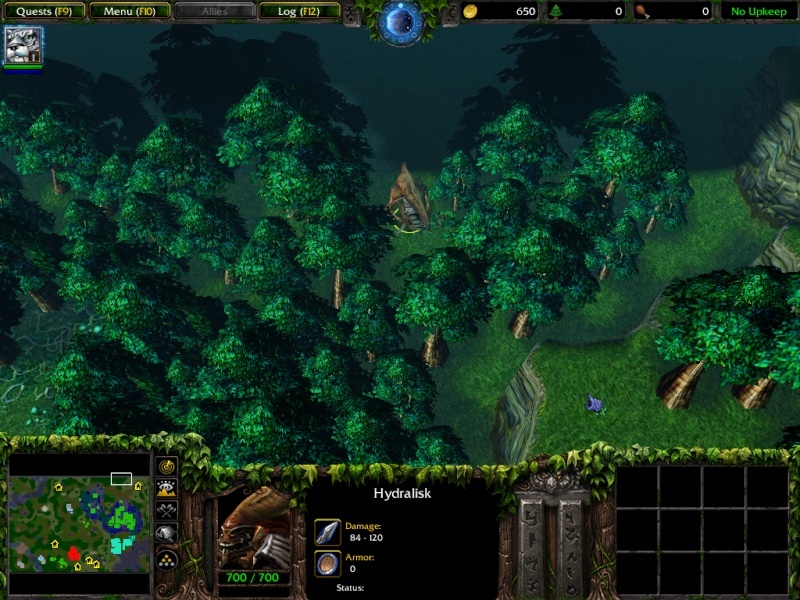 You got ballistas there, just clean trees with t-hem, move forwart it, and you will get access to it. Hydralisk is pretty strong, damage and 700 hit points. Only, he has 0 armor, so it doesnot reduce damage. But still it is quite powerful.

Anyway, this is interesting, Hydralisk as secret unit in Night Elf mission, to fight at their side.
Why do you think that Blizzard put it into War craft (when it belongs to star craft) especially in that way at Night Elf side?

I am pretty sure that hydralisks/Zerg would be at Undeads/Demons side.
One of possible explanations can be that when Demons with Undeads invaded Night elves, somehow Hydralisks got throwed out via demonic portals in wood, and got stuck there in trees. So it fights for whoever frees it. I do not know. But thats in case if they are in Outland (borrowed straight from Star Craft).

Zergs and Hydralisks may be seen when player beat missions on hardest level in some cinematics.

Icons 1 Maps 8
I found out about it recently through wowpedia. Pity it's in that mission though, it is sort of easy, an hydralisk would come in much more useful in the awakening of the druids of the talon, Illidan's mission or the final map of the campaign.

Packs 1 Maps 20 Templates 5 Tutorials 1
Thanks for sharing this, only good old folks are playing warcraft 3 and looking for secrets etc.

Maps 2 Spells 4
well... I have nothing to do with startcraft creature. and, by the way there is another secret in this mission.


You can use the ballista to pass the Undead camp without a fight. Go through the woods to the very right of the map and reach the night elf camp safely, without a spill of any blood!!

Maps 3
I know that from a long time but its just an easter egg, nothing serious.

Icons 2 Skins 1 Maps 1
Really interesting thing. Well, although i have been playing Wc3 for more than 2008, i have never noticed this. I am going to play this chapter to see this hydralisk.
I thought that Bllizzard might have made a mistake.

Icons 2 Skins 1 Maps 1
I have already found it. Another thing is that maybe Blizzard wanted to make a mission for the hydralisk but then somehow forgot it.

Its just to cheesy when you know that the hydralisk belongs to the SC1 AND SC2 world not the WC3 world.
Last edited: May 19, 2012

Templates 1
haha I still remember this one

In a way it brings back memories 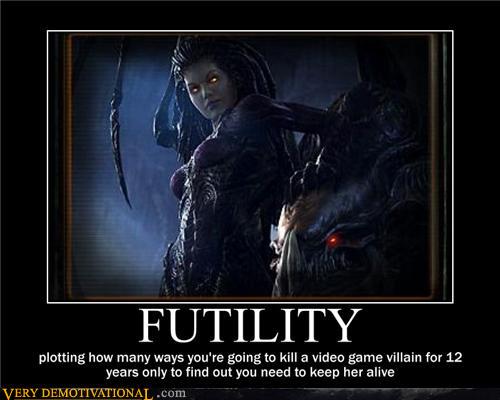 Icons 189 Maps 1 User Interface 1
This was for fun

Maps 6
Indeed is a nice easter egg, and I agree with Rui, since the Hydralisk would've been much more useful in other chapters.

Models 18 Icons 8 Skins 1 Maps 2 Spells 4
Reason is to remind us to this is all just game xD. And maybe to make sc more popular xD

Maps 1
I actually forgot about that one *laughs*.
A usual easter egg. Obviously very funny when i first found it. Though.. i would have fit better as an undead helper... not allied with night elves.

Models 23 Icons 15 Skins 3 Maps 3
Thanks for comments guys! Haosis blesses you all

Maps 3
An intresting thing about warcraft:

When you have a hero whos healing near the fountain,he heals alot faster if you have selected him and started tapping 1 on the keyboard.Most noticable in dota.Its a strange little glitch...

Models 23 Icons 15 Skins 3 Maps 3
trolman, hey, I did not know this. I will check it out however.
You see, its nice if I have trolls in my team

When you have a hero whos healing near the fountain,he heals alot faster if you have selected him and started tapping 1 on the keyboard.Most noticable in dota.Its a strange little glitch...
Click to expand...

I think to it is when U pressing F1 many times

When you have a hero whos healing near the fountain,he heals alot faster if you have selected him and started tapping 1 on the keyboard.Most noticable in dota.Its a strange little glitch...
Click to expand...

That's not true.
Some ** started doing it, and his mind reacted the same way he thought, so in a way, he really started to think it was true. In the end, it's not true.
The therm for this is also known as Placebo Effect.
For more info:
http://en.wikipedia.org/wiki/Placebo#Mechanism_of_the_effect

EDIT: I have considered a possibility that someone might use the same effect on me, so I have put that on a test as well.
I have put my friend for that task. He doesn't even play Warcraft 3, neither does he know any glitches in it. I have made a quick test map, where a hero with 20% health is healing right next to a fountain. My friend had a stopwatch, I just told him what does he need to do, and he did as I told him. He wasn't informed of anything why am I doing it during the task, he was informed after it. More correctly, after making this post. The results are following:

In 1. measure, the time was 35.95 seconds, and in second, while raping that button, it was 36.12. The difference shouldn't even exist, but as we all know, humans can't have such good reaction timing, therefore, a small difference must exist.

So, yeah, now I have proved myself that I am not under the Placebo Effect to think that I am correct, now I am 100% sure of it. Do a test on your own if you don't believe me.
Last edited by a moderator: May 26, 2012

Well, i don't know about you people (but i think most of you know by now lol), if you load the credits map in WE and check the triggers,you will see a starcraft cinematic there,but the trigger is disabled,so i enabled it and loaded the map

Icons 2 Skins 1 Maps 1
How do i get to the credits map to look at the triggers,
I have seend this before, when i finished the Night Elf Campaign (Roc) on hard, the last cinematic was this. So i think Blizzard just wanted to make Satrcraft more famous.

Mgeterno11 said:
How do i get to the credits map to look at the triggers,
I have seend this before, when i finished the Night Elf Campaign (Roc) on hard, the last cinematic was this. So i think Blizzard just wanted to make Satrcraft more famous.
Click to expand...

Most likely,blizz made an sc advertisement on warcraft 2 before

P.S. looks like beating campaign in hard enables the trigger,but how? can anyone do it on a custom campaign?
You must log in or register to reply here.