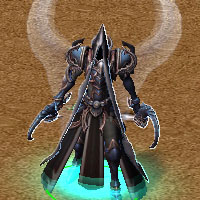 This bundle is marked as pending. It has not been reviewed by a staff member yet.
View usage Statistics Legacy download
Reactions: Symphoneum, Dekarchos, Warglaive91 and 9 others
Heroes of the Storm Angel of Death Malthael from Diablo 3 by Blizzard Entertainment.

Malthael, like Auriel, is just ridiculously well-animated. In fact, I have suspicions that they may have directly ported him from Diablo 3 since he's got his Death animation from said game for no real reason (and is included as 'Cinematic Death' if you really wanted to see it). Since he came with his own Death animation that lead to yet another Undead-style death like Kel'thuzad and Mephisto (and... like those two, Malthael is also flippin' tall).

Unlike Auriel I had a lot less trouble with his wings, although his Mechastorm wings are a huge big mystery to me. The appearance they have right now is very roughly what it should look like, but it's not animated like I think it should be.

Malthael comes with a Spin animation. His wings disappear and are supposed to make a big fog around him (which is what he does in the Reaper of Souls intro cinematic). That effect doesn't exist on this model. Haven't decided on how to go about this, or even if I should, because it might be better done as an Aura.

I found out his Last Rights buff is actually just a copy of Malthael with half of his body in the ground. That animation is not included, although if I get around to making the Last Rites buff I know where it is.

I was going to give him Weapon Glows, but that got in the way of his actual blue outline effect.

"In the absence of wisdom, only death remains."
Previews 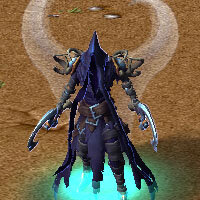 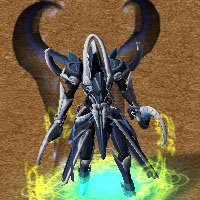 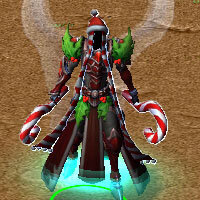 Nice
Can you bring Illidan, Malfurion, Ysera, and Genn's models?

Hey, do you know what am I doing it wrong? I imported the files, but then the model itself is white color. I think I am missing textures, but I erased the default path for textures in the ImportFiles section.

pleas sir can you port some more of them from HotS

Hey dude, can you port Imperius model from HotS to Reforged? I'm willing to pay for it even.
You must log in or register to reply here.