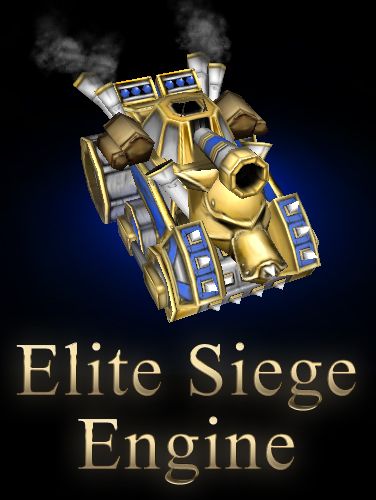 This bundle is marked as director's cut. It meets all expectations and excels in every regard.
View usage Statistics
Reactions: tillinghast, Spellbound, Achille and 30 others


Also known as the Übertank. The model was made for the first Paired Modeling\Texturing Contest here at the Hive, also known as 'TAGTEAM BITCHFEST 3000', by me and l0w_kwaliti. We entered under the team name 'Green Quality'.

HUGE thanks, of course, to l0w_kwaliti, for pretty much making this model real. Without his help it would be a complete and utter piece of crap. He helped me out a lot with the model during its creation, taught me a lot I didn't know about modeling and pretty much 'made the dream possible'. And of course, not to forget the über textures he's made for the model!

I'd also like to thank TurieL and his Rifleman Elite model for inspiring me in the first place, before I joined with l0w_kwaliti for the Paired Modeling\Texturing contest. I think his model is one of the best ones around. It's got it's own 'charm' while still being Warcraft 3-like.

Also included is a version without Hero Glow which can be used a unit rather than a hero. Decay and Dissipate animations are both included!

If you use this model, you must credit Kwaliti / l0w_kwaliti. I do not require credits, but it would be nice to include me in you credit list if you use this model. (However, crediting Kwaliti is a must). If you modify the model, please let me know in a PM! Do not modify the texture without Kwaliti's direct permission. Please do not upload this model on any other site.

Also! If you use this model in your project, be sure to also use one (or both) of these awesome icons made by Mr.Goblin: 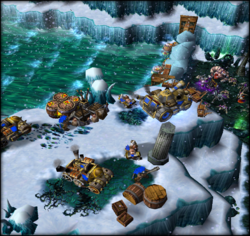 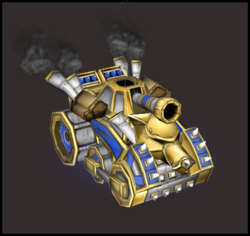 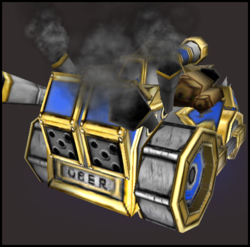 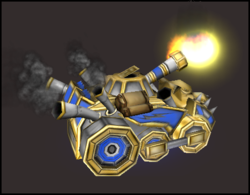 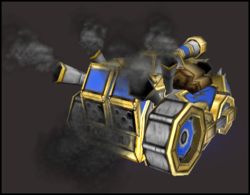 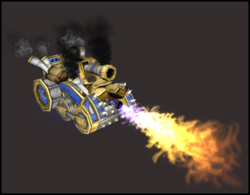 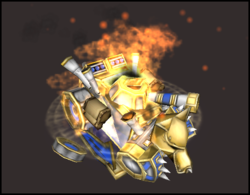 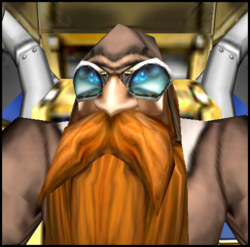 How to import this model View in 3D Sanity check More info
Reviews
21:29, 7th Sep 2010 General Frank: Impressive work you did there. The texture is awesome and the animations are nicely done. Works in-game. Approved. Will get rating after the contest.
Read full review...

The graphics are too "clean" for warcraft, so this tank will surely stand out.
Also love the animations. Tank parts opening up and closing while a flamethrower
comes out and blasts everything.

Model shows in editor but not in game?

Models 57 Icons 21 Packs 2 Tutorials 1
Have you imported the texture correctly?

Models 57 Icons 21 Packs 2 Tutorials 1
Apologies for the bump, everybody - I fixed some of the broken TinyPic links.

Also, if any mods read this - is it possible to change the author of the model to "Deolrin and Kwaliti"? Seems like Hive 2.0 broke my formatting a little.

Models 57 Icons 21 Packs 2 Tutorials 1
Thanks! All patched up now I think.

does it have barrage?

Lich134 said:
does it have barrage?
Click to expand...

Indeed it does. That would be its "Spell - Throw" animation.

This is a beautiful model. I should use it in my map
You must log in or register to reply here.