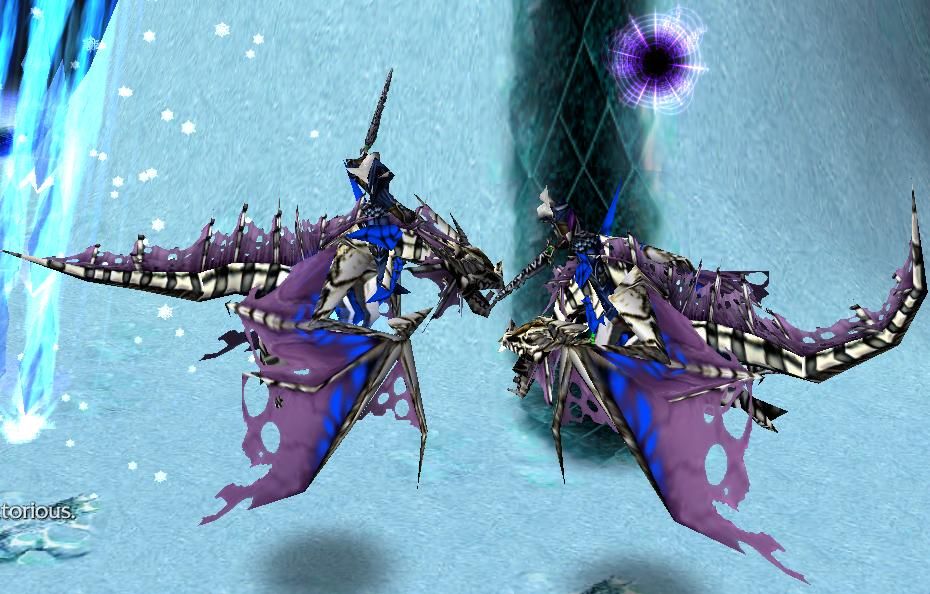 This bundle is marked as approved. It works and satisfies the submission rules.
View usage Statistics
Reactions: Garmr, Nightmare2077, CeDiL and 5 others
A death knight mounted on a Frost Wyrm. Not much to say about it. I recommend to use it as some type of advanced flying caster unit (no mesh changes to make it badass enough for a boss). Give credit and blah.

I'm making a more customized, detailed and badass version, but why not upload this as well.

There it goes, guys. He's smaller, had feet and Attack Slam animation.

The frost wyrm could be bigger if plausible, and give it an option where either the dragon or the rider attacks - I already see how could I use it than.

Models 8 Icons 1
i think Frost Wyrm is too small for the Death Knight.3/5

Icons 10 Skins 1 Maps 5
totally agreed with Sithril, please make the wyrm bigger, or at least make the DK smaller, since actually in Wc3 history the wyrm is GIANT, and arthas isn't even a paw of a wyrm, but of course if you make it that realistic, the DK wouldn't even be visible just make the DK a bit smaller please !

Models 9 Maps 1
The dragon attacks in Spell Slam. I could rename it to Attack Slam.

Making the wyrm bigger would... make the death knight sit on his enormous spiked ridge and be dismembered before even lifting off. And adjusting the wyrm's animations to a resized mesh would be a pain in the ass due to the horrible way Blizzard named the bones.

The point in making the wyrm so small is that, well... It's the Death Knight who casts spells and such. And if I make him smaller/the wyrm bigger, the death knight would be unnoticeable.

Models 1
The wyrm is too small, but the idea and model are awesome!

Are you going to make a TFT draenei nether dragon rider?

Models 9 Maps 1
You mean Broken/Lost one or uncorrupted Draenei?

Models 1
I mean lost ones from WCIII. I said TFT because most people dont know the difference between kinds of draenei.

Models 63 Icons 1 Packs 2 Skins 4 StarCraft II Resources 2
dude.. the size of the DK is enough to send the poor skeleton wyrm to bone shattering death on the ground. reduce the overal size of the death knight (or enlarge the wyrm)

and also the legs look weird, hanging like that.

Maps 1
Don't people usually use a saddle when riding animals?

Models 9 Maps 1
He's undead and has a platemail. And it wouldn't be visible. Geez, I can barely see the death knight ingame.

Maps 2
everyones all like "make the wyrm bigger" i say,make the deathknight smaller,we all know what they look like and granted there basically walking awsome,but still,should make the dk smaller not the wyrm bigger

OMG, you saved my life xD I really need a model like this man thanks alot

PoopBrainEK said:
everyones all like "make the wyrm bigger" i say,make the deathknight smaller,we all know what they look like and granted there basically walking awsome,but still,should make the dk smaller not the wyrm bigger

Misha said:
reduce the overal size of the death knight
Click to expand...

I beg your pardon?

Models 20 Icons 1 Packs 1 Tools 1 Maps 2
anyone ever think its a baby frost wyrm? XD that would explain its small size...
make what looks good, and may little attention to wc3 lore...

Icons 1 Tools 1
This model looks promising. The idea and concept is great.

The frost wyrm could be bigger if plausible, and give it an option where either the dragon or the rider attacks - I already see how could I use it than.
Click to expand...

I love that you got an fresh idea mate, not seen something like this, keep fixing it and it'll turn top 10 for sure ^^

The model itself looks a tad dodgey. Either that's a very big man or a very small Frost Wrym....either way, the proportion of each needs to be fixed. That aside, the concept is very good and I wouldn't highly protest against abandoning the idea. It just needs a little more work.

Maps 4
The death knight should be smaller, and this is a good idea 4/5 ^^ good job

Models 9 Maps 1
Just stop whining about the size of the death knight. What, I made it smaller already. If I shrink him more, I could well go with the model of a frost wyrm.

You can barely see the knight. And why are his legs hanging like that? They look like they are broken or unatached. 4/5

YOU KNOW......i cnat really see the Deathknight in that picture lol

Supaherobomb said:
YOU KNOW......i cnat really see the Deathknight in that picture lol
Click to expand...

YOU KNOW... They asked me to make him smaller and so I did. I warned them he'd be invisible.

Anyways, thanks to all of you for the comments.

this could be useful... updating it will be great...

Models 78 Icons 9 Packs 2 Maps 4
Looks nice. Some anims are a bit awkward but I'm sure that won't notice too much in game.

Thrikodius said:
Looks nice. Some anims are a bit awkward but I'm sure that won't notice too much in game.
Click to expand...

Yeah... Like the death knight thrusting his runeblade into the dragon's neck. But since the dragon is skeletal, we can assume that the blade passes between his spine segments.

I can fix it though, but right now I'm too lazy.

I think it's cool, even if other think he's disproportionate.. I givez yous a 6/5 for coolio idea and usefulness

This could be used as a substitute Nazgul on wings. good job 4/5

I dont now so much about skins and modeling.... But i think many users would like a living version.

Highly epic, and a very low file size, i give it a 4/5 the only problem i saw was a little sketchy on movement, but otherwise nearly perfect

I'll be waiting for the "badass version" of him
but this one earns a 3/5
You must log in or register to reply here.