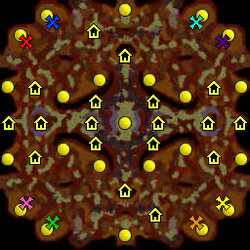 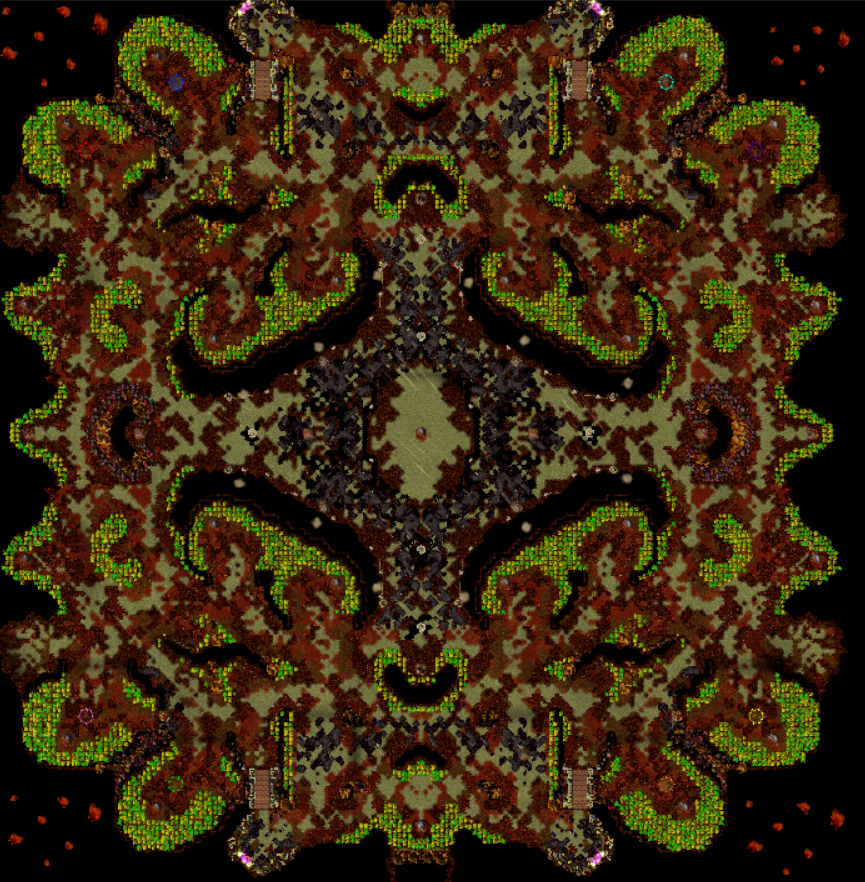 Map Description:
The former capital overflowing with gold has collapsed over time. Covered by the abyss, the old capital is full of dangers and curses. Guarded by the souls of the dead.

Information:
-mid unguard goldmines, are you greed of it?
-portal near base [not connected]
-Outland merc, fast invade/cooldown merc.
-much much gold in goldmines
-not so many red, but many flying units camp, required co-op teammate.
-creep isn't hard else its market camp and starting base. fast creeping map, fast expo.
-permanent/charge 4 is the maximum in the map.
-spawn as couple.
-up vs down.


1.0 change most of neutral position
1.01 update DS ally priority to top vs bot.
1.02 -
1.03 change cliff + add starting base guard. drop p4
Creator Note:
-There are two version of the map, the first one was the original with 180x180, and the DS[decrease size version] which is 168x168. Smaller than you can choose the version you want creep and neutral building are the same.
-In case of you got confused from the minimap. The trees line is where the pure orange are, the route will be the different color. and cliff is a bit hard to see in this map.

Special Thank: Kaer
for helping me about the DS version which is fit more for 4v4.
Previews