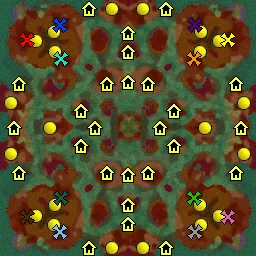 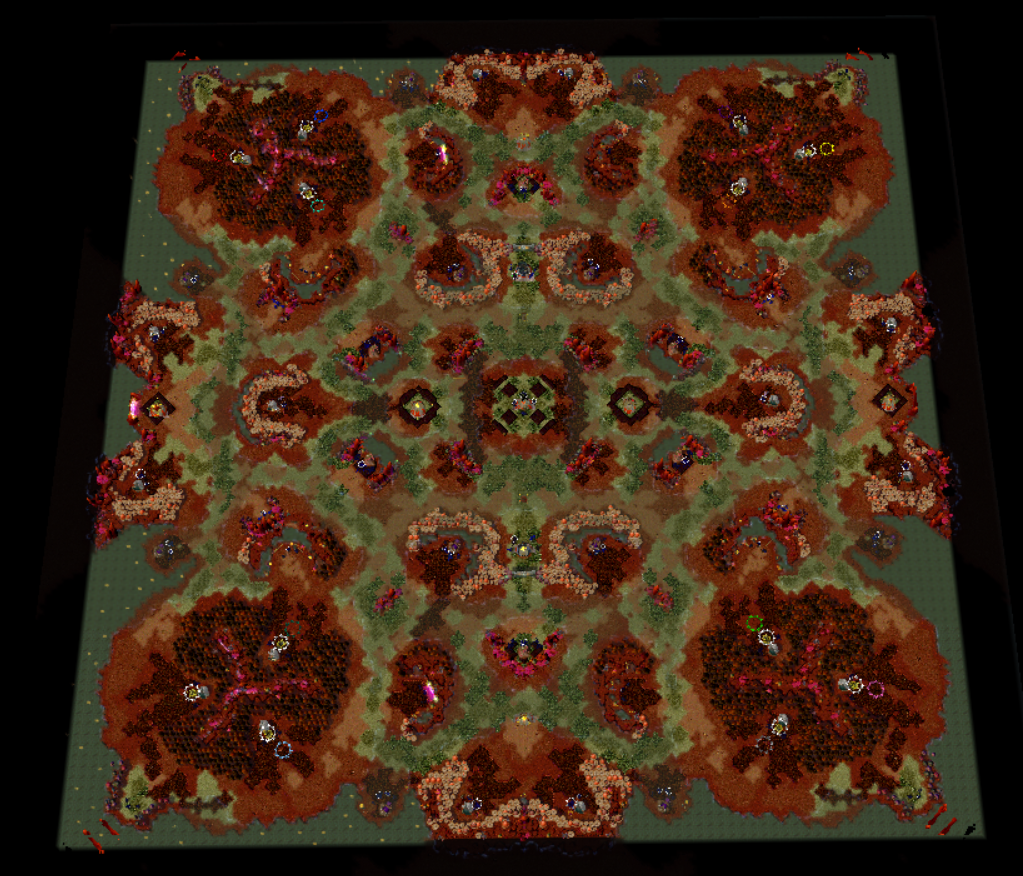 Map Description:
Sweet water turn the land color, even the lava could heal your soul.


1.0 Upload to Hive
Creator Note:
-I just realize that we lack good 12 players map, so I made one.
Previews 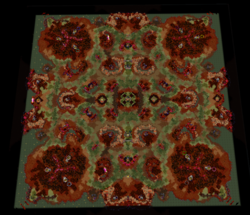 mafe
A rare 12 player map :) Given the spawning positions, it's immediately reminiscent of Icecrown, but it should play significantly smoother. About the tileset "insert generic comment about red color". Gameplay: 1. The itemdrops are very experimental...
Read full review...

Maps 10 Tutorials 1
A rare 12 player map
Given the spawning positions, it's immediately reminiscent of Icecrown, but it should play significantly smoother.
About the tileset "insert generic comment about red color".

Gameplay:
1. The itemdrops are very experimental. The high gold values could backfire in some, on the other hand if played in 6v6, it should not be gamebreaking.
2. About the main corners: The two players spawning in the back might feel like they are quite far away from any objectives early on. Again, most likely not an issue in an actual game.
3. I was worried that some camps could aggro by accident but in few tests I did it didnt happen.
4. Sadly the stacked volcano-fountain looks different ingame than in the editor.
5. Good use of the gates near the dragon roosts.
6. All mines have a lot of gold, still it's a little weird that there are fewer expansions than player (in 6v6).
7. For 12 players, there really arent that many creeps overall. There isnt really an "obvious" location where I would add more camps, beside maybe in the (currently) water near the mercs. This could also help improve 2.

Overall, this map maybe not be streamlined, but for the intended 6v6 that's fine. It should be fun to play both against humans or against the AI. Map approved.
You must log in or register to reply here.