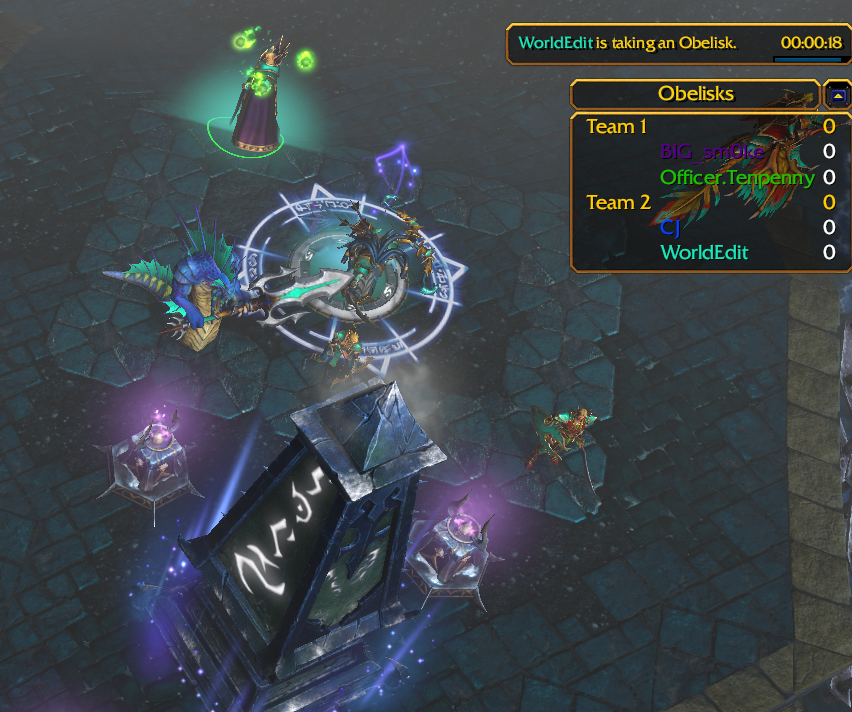 This bundle is marked as useful / simple. Simplicity is bliss, low effort and/or may contain minor bugs.
View usage Statistics Legacy download
Reactions: Urain and Footman16
This is a collection of Reign of Chaos and Frozen Throne campaign maps modified to have players in command of the forces formerly held by computers.

Experience familiar battles in the War3 storyline made fresh by virtue of an unpredictable opponent!

Requires playing on the latest version of War3. Reforged is not required.

Adjustments are made to ensure all sides have a fair shake (assuming both sides are of roughly equal skill-level), such as creep and resource distributions, starting assets, etc.

Open slots will give control to players on their team. Feel free to take on an extra challenge if you like multi-tasking!

The game balance is set to 1.26, that is the gameplay before the new Blizzard Classic team started mucking about with it all.

'Survive X minutes' missions allow the players to vote on how long the game will be, except for Prologue05.

I felt it was important to otherwise not mess much with the "character" of the mission by adding new units or heroes that weren't originally available to either the players or the AI. Exceptions to this are Frozen Throne tech-tree things like shops and upgrades that I feel make for a more interesting game. For example, Humans can build Arcane Towers and upgrade Mortar Shards, but not train Blood Elf Spell Breakers as those aren't so lore-friendly to Reign of Chaos missions.

The following missions are available:

I was a bit disappointed to find the Murloc units in this Reforged mission did not have the characteristics that they did in the original War3 demo, but instead are how they are in the Custom Campaign that came with Frozen Throne.
So here I have adjusted them to be more authentic to the demo.
For example, Huntsmen have bouncing attacks, and the Murloc Seacultist caster exists instead of the Mur'Gul Shadowcaster.

Some differences from the actual demo are intentional, such as the murlocs doing more damage, and the Seacultists having
typical 'caster' armor and attack type. These differences reflect balance changes that occurred since the time of the demo (1.01).
I added a couple Firelord abilities to the Murloc Sorcerer, which I'd normally be opposed to, but in this case it seemed
unfair to the player when their Murloc ally's hero, the Sea Witch, has multiple abilities. The abilities added, Incinerate
and Volcano, I felt wouldn't be 'too' out-of-place for the mission.
​
Human05 (1v2)

In this otherwise straightforward survival mission for the Humans, the Undead must protect the Grain Caravan not only from Arthas, but from creeps as well!
​
Human06 (1v1)

Arthas and Mal'Ganis compete for the zombies! Both players vote on what the goal amount will be. Mal'Ganis must use his special "Soul Preservation" skill insteaed of killing the zombies to increase his score. Master Necromancers can ease the burden on Mal'Ganis by also casting this ability. While they couldn't do this originally, this is to even out how any human unit can kill zombies to raise Arthas' score.
​
Undead04 (1v1)

Arthas gets some items to get his base up quicker. Both sides have a Goblin lab from which to hire Zeppelins. Sylvanas runs slightly slower than originally to be more in line with other "fast" heroes. Try as she might though, she cannot claim the Key of the Three Moons for herself.​
Undead06 (2v4)

To help Arthas feel less outnumbered here, Kel'Thuzad now has his own base controlled by another player. The Orcs have to be careful, as they cannot revive their heroes! Playing as the Orcs in this mission may conjure up some nostalgic feelings...​
Undead08 (1v3)

A notable difference here is that Arthas starts with Goblin Mines, instead of having to go get them. Early testing revealed that sneaky Archmages were snatching them up and then blowing up the poor, unsuspecting Undead.​
Orc03 (2v4)

This one was a bit tricky to figure out the best way to make it play well in a PvP context. Having to fight through the blue base to reach the Zeppelins like in the original would mean the Orcs get slaughtered by any well-coordinated Human team without nerfing the Humans so hard that it'd no longer be fun playing as them. So I settled on having the Lab be in the center of the map, and under control of the Orcs so that they 'train' the Zeppelins (if the Lab is neutral, Humans can just buy out the Zeppelins for themselves.) and bring them to their base.
Ultimately, it's a bit more awkward than I'd have hoped for, but I've had some fun rounds on it.​
Orc04 (1v2)

I like the unique objective that the Orcs have in this mission, and so felt it could make for an interesting PvP scenario. The Night Elves have a challenge of playing without heroes.​
NightElf07 (3v1)

Making the single Undead player feel threatening enough for the 3 players to just need to 'survive' was a bit tricky. I wanted to avoid just boosting the Undead's stats and calling it a day. The Undead build stuff fast, but not instantly like the AI did. They can train all three of their heroes at the start, but as they down each Alliance base, their first heroes to die become permanently dead, to help the remaining Alliance forces still have a fighting chance.​
NightElfX05 (2v2)

Furion/Tyrande and Maiev are now separate forces. Once they link up, it becomes a more traditional 2v2, only with one side being Naga.​
HumanX04 (2v2)

This kind of 'tug-of-war' map I felt would work very naturally in PvP. To make things more interesting, troops will not spawn automatically, they have to be trained and controlled like traditional armies.

The Pandaren Brewmaster has betrayed Kael and is now working for Maiev!
Both players on each team have their own hero, but share the base units of their side, so they must work together in 'Archon' style to succeed. Another adjustment I made is that Maiev cannot Blink until Illidan's Cage has been claimed.
​
UndeadX08 (1v1, 2v2, or FFA)

The highly requested Frozen Throne finale mission. Prepare to duke it out with your friends over control of Icecrown!​
Some differences between the original campaign mission and this new PvP Edition: 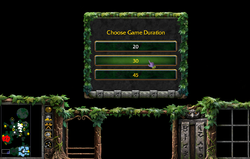 Shar Dundred
No update or activity from the author. Moved to Substandard.
Read full review...

Maps 1
Seems intereseting, but we tried that Orc3 map 4 hum vs 2 orcs and I don't think its balanced. Orcs cannot beat 4 players especially when the red player needs to build his base first while everyone else has it already.

I can't seem to find the maps in my 'MAPS' directory. They're just not there... Just where do you put the maps to make them visible?

Lazarator said:
I can't seem to find the maps in my 'MAPS' directory. They're just not there... Just where do you put the maps to make them visible?
Click to expand...

You need patch 1.32 just in case you don't run it. That, if the maps weren't saved on Reforged.

deepstrasz said:
You need patch 1.32 just in case you don't run it. That, if the maps weren't saved on Reforged.
Click to expand...

Oh. I didn't see the creator put the necessary info about what's needed for the maps to work and if the maps are only for Reforged. He only put the 1.26 version. Now he has edited it, I see.

micca said:
Seems intereseting, but we tried that Orc3 map 4 hum vs 2 orcs and I don't think its balanced. Orcs cannot beat 4 players especially when the red player needs to build his base first while everyone else has it already.
Click to expand...

Yeah admittedly it's a bit of a challenge to tweak these things. While I'd hoped Thrall's 'tiny' items would help him get going quicker, no doubt a well-coordinated rush is still difficult to deal with.

The majority of prior testing I was able to do with these maps was with randoms on battle.net. In my tests I did however make sure to see each team on each map win multiple times, but naturally with so many variables, it's hard to get it feeling right all the time.


Lazarator said:
I can't seem to find the maps in my 'MAPS' directory. They're just not there... Just where do you put the maps to make them visible?
Click to expand...

I forgot to mention that it only works on the latest version of war3, so if you're trying to play earlier versions, they will not show up. I think this is due to the maps being saved with the 1.32 editor, not sure if there's a simple enough way to modify the map's internal files to allow it to be played on earlier versions.

Sorry about the confusing wording, I meant that the stats of the units reflect how they were in 1.26
Last edited: May 31, 2020

Packs 1 Skins 1 Maps 11 Tutorials 1
Having played this for a bit now, I can safely say that it needs more work.
The factions are not balanced, despite the changes that you have made. They simply are not "enough".

Packs 1 Skins 1 Maps 11 Tutorials 1
No update or activity from the author.
Moved to Substandard.
You must log in or register to reply here.