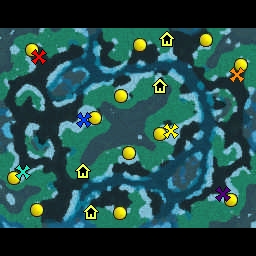 This bundle is marked as approved. It works and satisfies the submission rules.
View usage Statistics Legacy download
Reactions: SpasMaster and ap0calypse 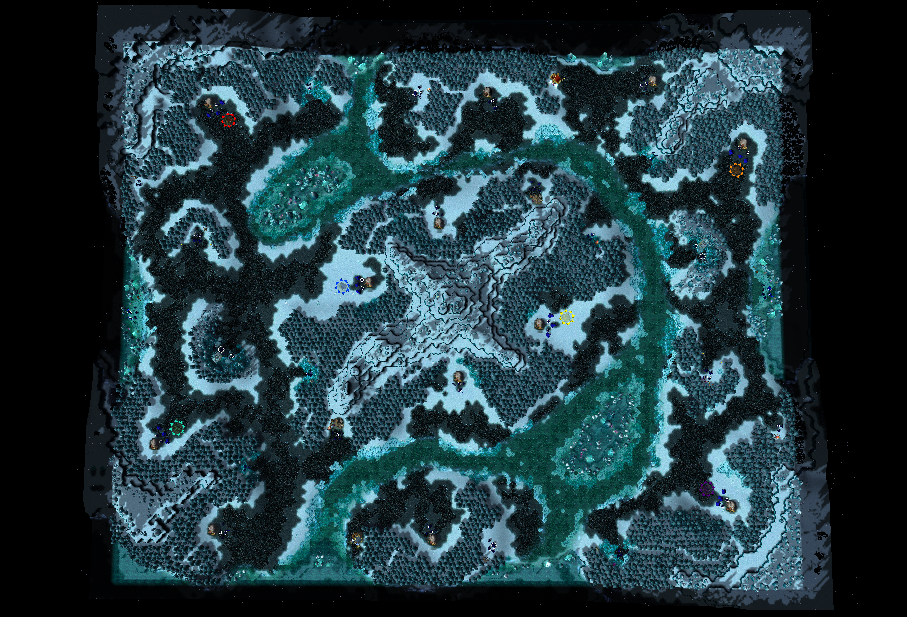 �
Select from 2 different races in the course of engaging the Third War of Azeroth.

Note: You must install the latest Warcraft 3 patch (version 1.24b or newer) to play this map.

�
War of Hatreds is an alteration version or a mod for the real-time strategy game Warcraft III: The Frozen Throne, based on its map the "Everfrost". The objective of the game is similar to its origins, by destroying your enemy's Town Hall before they destroy yours. but to conclude, it is slightly different from its comparisons as it contains such as custom races, characters, cosmetics, and in-game boundaries. The development of the game is still ongoing.

The Game splits two teams of 3 players each. the augmenting Alliance, and the battle-toned Horde. Players on the Alliance team are stationed on the west side of the map, while the Horde's team is on the east corner. the map has provided equal resources across the terrain such as gold mines, lumber, neutral hostiles, and space for each factions, all starters consists of 5 workers, and 1 Town Hall to start gathering resources and prepare numerous forces to fight on and win the game.

�
About the Game: "I started working on this map because I was inspired by playing warcraft 3 when I was a kid and also to gamers during those hitting years the game was released, since there are only few of us left by either playing or modding maps, I plan to alternate the game and hopes to see some redemption and might bring back the good old days" .

Credits: "Aka'Magosh to everyone who helped and provided me with stunning and yet acknowledgeable progresses throughout this map. I am also glad to see more to future contributors."

List of names according to or given by real, alias, and forum names:

"And special thanks for Blizzard resources and its map "Everfrost" to be the base figure of the game."

Maps 4 Tutorials 1
Global
•Alternated the map "Everfrost" and its melee additives.
•Human and Orc races are playable only for this version [reworking Undead and Night Elf]
•Reworked many hot keys for abilities
•Slightly reworked terrain
•Added blind spots to all trees across the map
•Balanced and reworked all neutral hostile camps
•Quest log renamed to its map version and each reworked quest guide shows in-game information and extras
•Removed pop-out icon for worker units due to hot key bugs
•Reveals all unit levels except for worker and summoned units
•Worker units can now automatically attack nearby enemy units depending on their range classifications
•Repairing mechanical buildings and units now only cost their half equivalents of their original cost
•Reworked 47 items usable only for this version
•Altar of Kings, and Storms can now give health/mana regeneration aura to nearby friendly units


Gameplay Constants
•Decreased Food Limit from 100 to 80
•Maximum Movement speed reworked by 522 and minimum speed by 100
•Movement speed bonuses does not stack anymore [ex. only 1 Boots of Speed will work]
•Hero Maximum Level increased by 5

Not really the alteration I was expecting. Its like a simplified version of TFT with tweaks and stuffs from RoC, the removal of units and heroes like the Spellbreaker and Blood Mage is needless, I suggest you change not scrapped them out of the game, experiment a bit. While the added buffs and descriptions made an easy eye candy for everyone still, the story for each unit is very well crafted, good work on that. But overall I think this is rather too simple don't you think. There are also some description errors, like the Cloud ability, it stated 'Dragonhawk' while the said units are Skyhawks. In addition to that, there are some tech-tree error allowing players to make double Mountain King (Check screenshot).

And lastly, I think making a simple AI on the AI editor is very possible.

keep those comments coming guys! I'm eager to read all of them

• Fixed Default String showing up in the build tab


Bugs
About this version: "Apologies for Human race users who instantly spotted amounts of errors going on, this version is fixed with all of those problems, still not planning in adding AIs and object reworks is still ongoing, suggest if you must"
Last edited: Mar 4, 2012

Maps 1
Sweetness man and I'm glad you got your map done.
I'll tell what I think of it later.

Maps 4 Tutorials 1
Updates for v1.2 will be extended for the next Saturday, apologies for those who are already playing the game and downloading from either this site or in Epicwar.

One tip:
Instead of using cliffs, you could raise the terrain and use plateaus

Also, I'd recommend copying all the imported/object editor/trigger data to a new map with initial water height set to 1.
From there, you'd just have to raise the terrain to create land ^.^

That way, your ponds would look much better

Maps 4 Tutorials 1
Updates for v1.2 is still extended due to map optimization and global triggering for the game, if you guys have the plan to give suggestions, ideas, and in-game errors, this is the time to send it to me, and I'll be waiting

Templates 2
Hmmm a guy who actually tryes to improve or extend the classic melee game. This map DEFENETLY gonna be in ma queue for maps to try!

Templates 2
Sadly the update takes over 1 and half year!
You must log in or register to reply here.