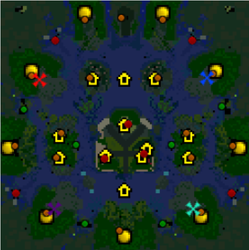 This map (VeilSwamp) was created for the fourth melee mapping contest : Melee Mapping Contest #4 - 2v2. The goal of this contest was to create a balanced,beautiful and creative 2v2 melee map without using any customized ressource. This last constraint was here to ensure that the map will still be playable on warcraft3 reforged.


This map is a 2v2 melee map of size 130 by 131 with the land tile 'Felwood'. The two teams are starting on the left- or right-hand side of the map. In one team, the positions of the two players are not equivalent, which makes this map not suitable for 1v1 or FFA. In a team, the players are disposed in a slight diagonal shape which deliberately lets one of the player closer to the opponent than the other.

The terrain itself shows a lot of different islands separated by shallow waters. The goldmines and the central islands are high-grounds compared to the water, whereas a lot of other small islands are of the same height than the water itself. The map represents a mangrove-like place and the tileset is a mix between the original felwood tileset, the ashenvale tileset and some of the northrend's tiles.

This swamp is a place where the realms of the livings and the deads are so close that it's easily for some of them to cross from one place to another. Therefore, the swamp has been taken over by a lot of necromancers and magicians of all origins who tried to use it as a source of power. Furthermore, some of the creatures dying in the swamp can have a second life chance : every creep camp on the map will drop one rune of rebirth reviving one of its creep to fight for the player who defeated it.

The central islands and its three red creep camps is thought as a place of battle, where the teams will have to fight for the experience, items and the access to unique neutral buildings (marketplace, fountain of mana and Catacomb's mercenary camp). The south entry of the island is a simple ramp, whereas the two northern entry are initially closed by demonic doors that the players will have to destroy to get through.
The image below presents the tile set used during map making (which is slightly different from the classical Felwood set). The minimap on the top left of the image shows that :

- The map has one axe of symetry (vertical)
- The map presents a lot of neutral buildings. The two neutral buildings close to one another reflects the fact that one of these buildings is a demonic gate (that has no impact on the game except its awesomeness

The list below the minimap presents the different creep camps on the map, with informations on these creep camps. From left to right, you can read :

- The number of this kind of creep camp you can find on the map
- The neutral building that is guarded by this creep camp ( if there is any )
- A summary of the creep that are present in the camp
- The total level of the creep camp
- The 'description' of the camp location
- The item type and level that is dropped by the camp (circlet of nobility states for 'any permanent level 2 item', the big mana potion states for 'any consummable level 3 item'...)(all the camps leave a rune. The effect of the rune is stated by the icon on its right : a scroll of healing for a rune of healing, a particular creep icon for a rune of rebirth that revive this creep, etc)

Note that most of the creep camps are rewarding smaller items than usual because of the rune of rebirth that gives a reward in itself. The revivable creeps have been chosen for their ability, and there is no rune of rebirth giving you only damage output/ resilience.
The green camps have been though to give early healing and dispel, but as you can revive the creeps only once, it won't be a permanent response to early game harass.
Overview of the whole map. The playable part of the map is more round than squared, which lefts a lot of unused space in the corners behind the starting positions. Near to the center, some mighty demon must have clawed his may through this swamp and left huge corrupted prints. 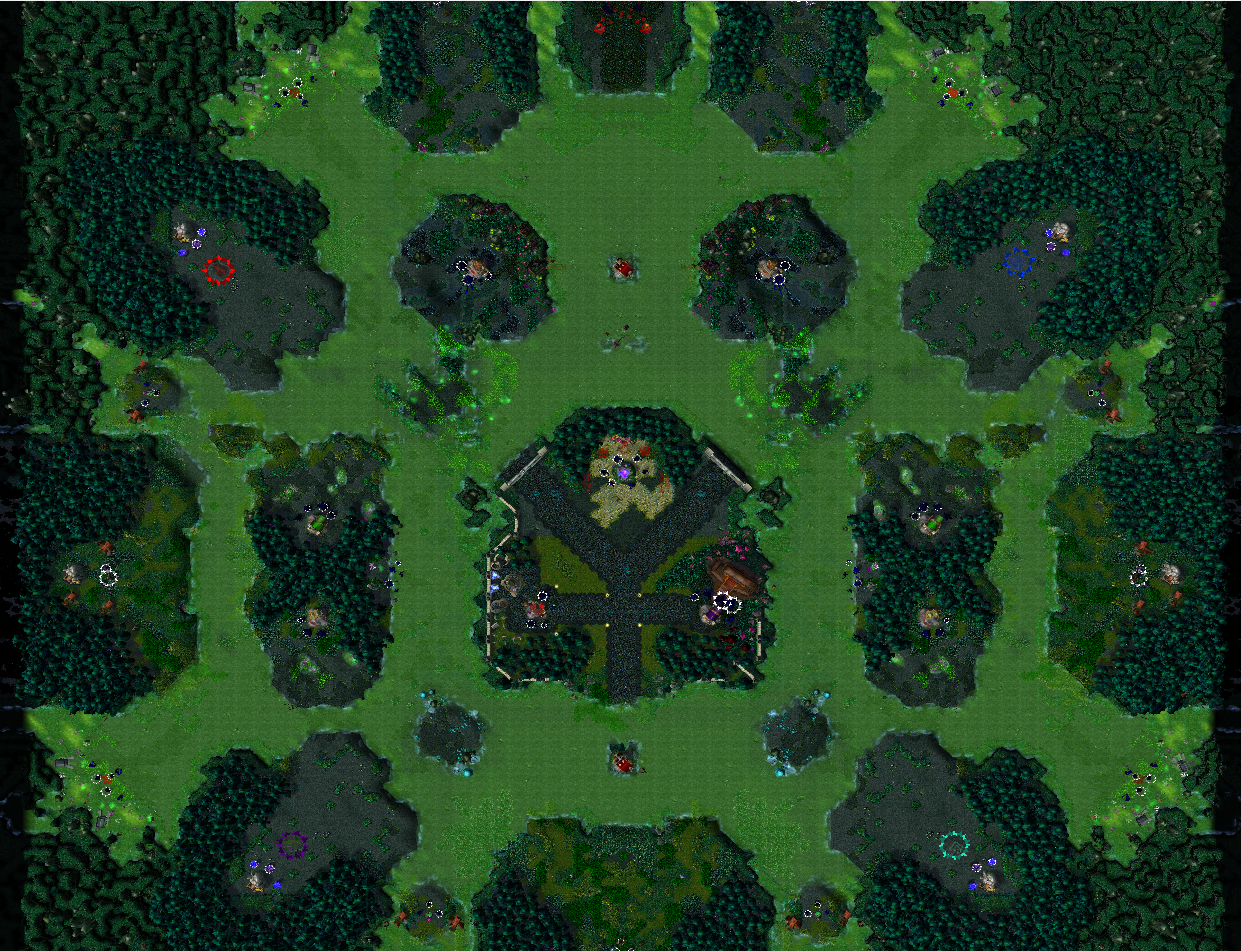 In the central island, warlocks and revived orcs are defending the fountain of mana while preparing some unspeakable rituals. 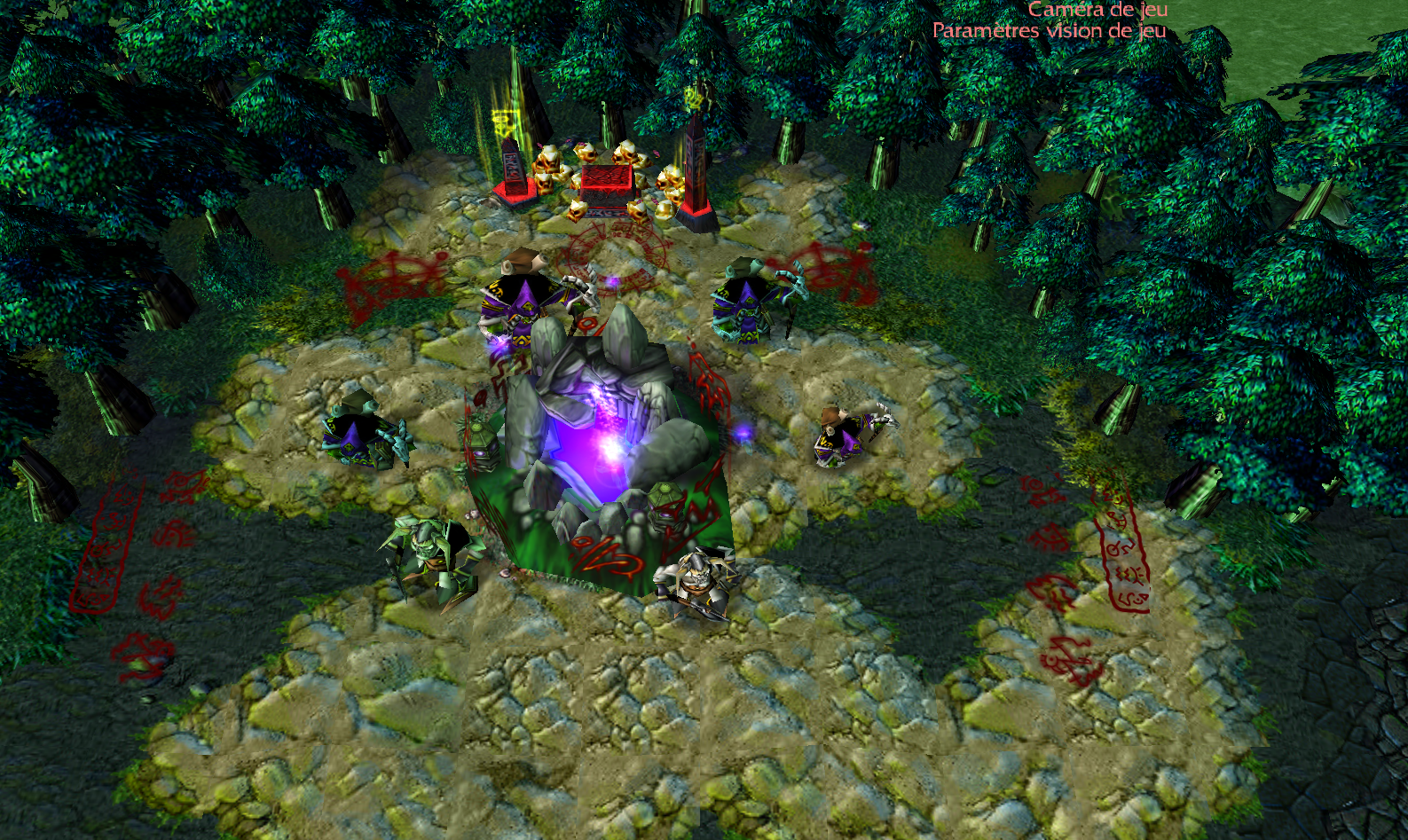 On the northern part of the map, a destroyed nightelf village and its (still functionnal) gobelin laboratory have been taken over by some of ashenvale's giant spiders, some of the few creatures that came into this swamp for love of the climate more than for love of power ! On the outskirts of the map, some forest trolls are surviving despite of the numerous people wanting to seek power in this region... Some might say they came here especially to see these desperate peoples... and maybe taste them a bit. 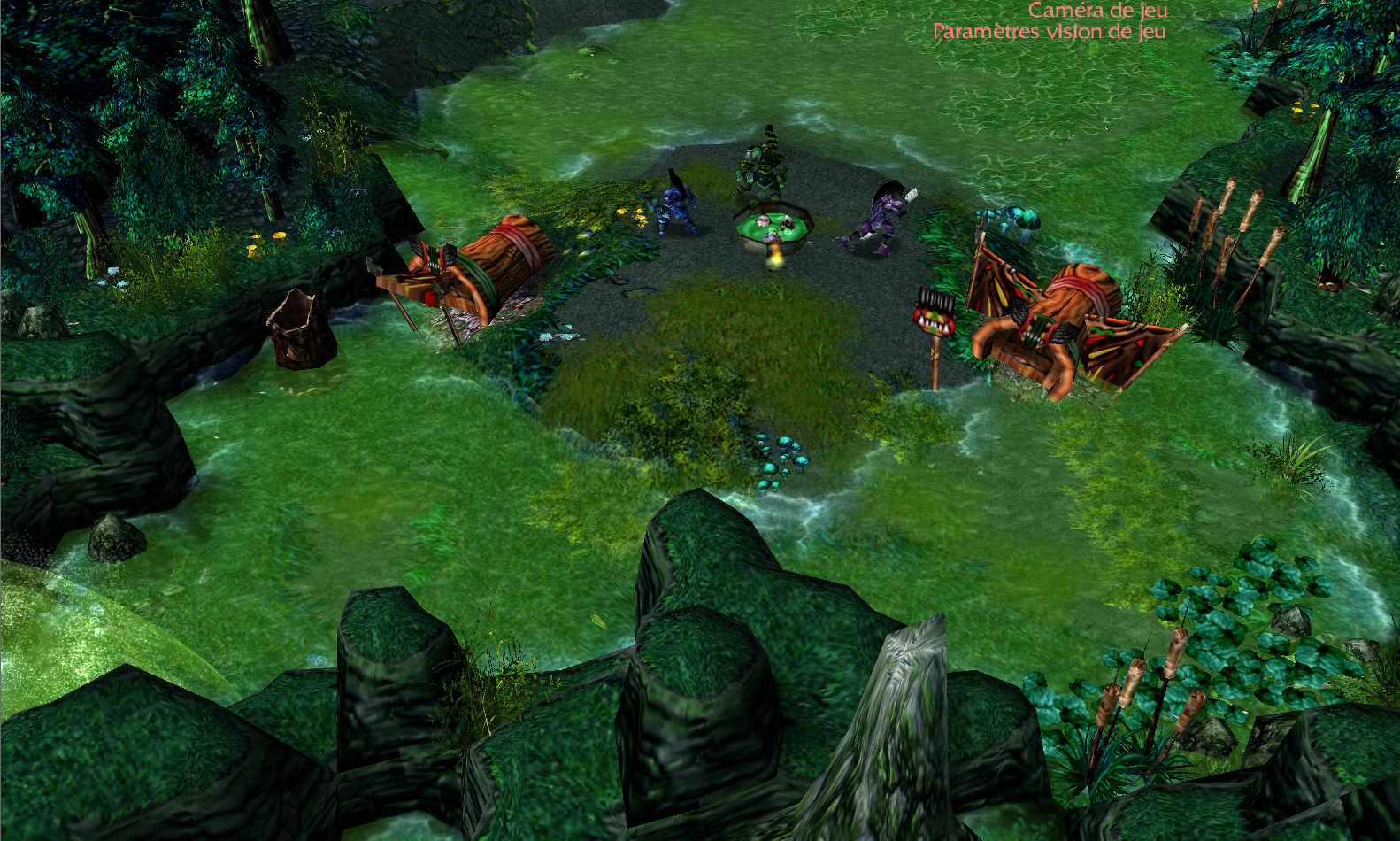 In the corners of the map, old flooded graveyards have been taken over by disciples of the scourge wanting to increase their power. The will defend there little peace of land until they die again. 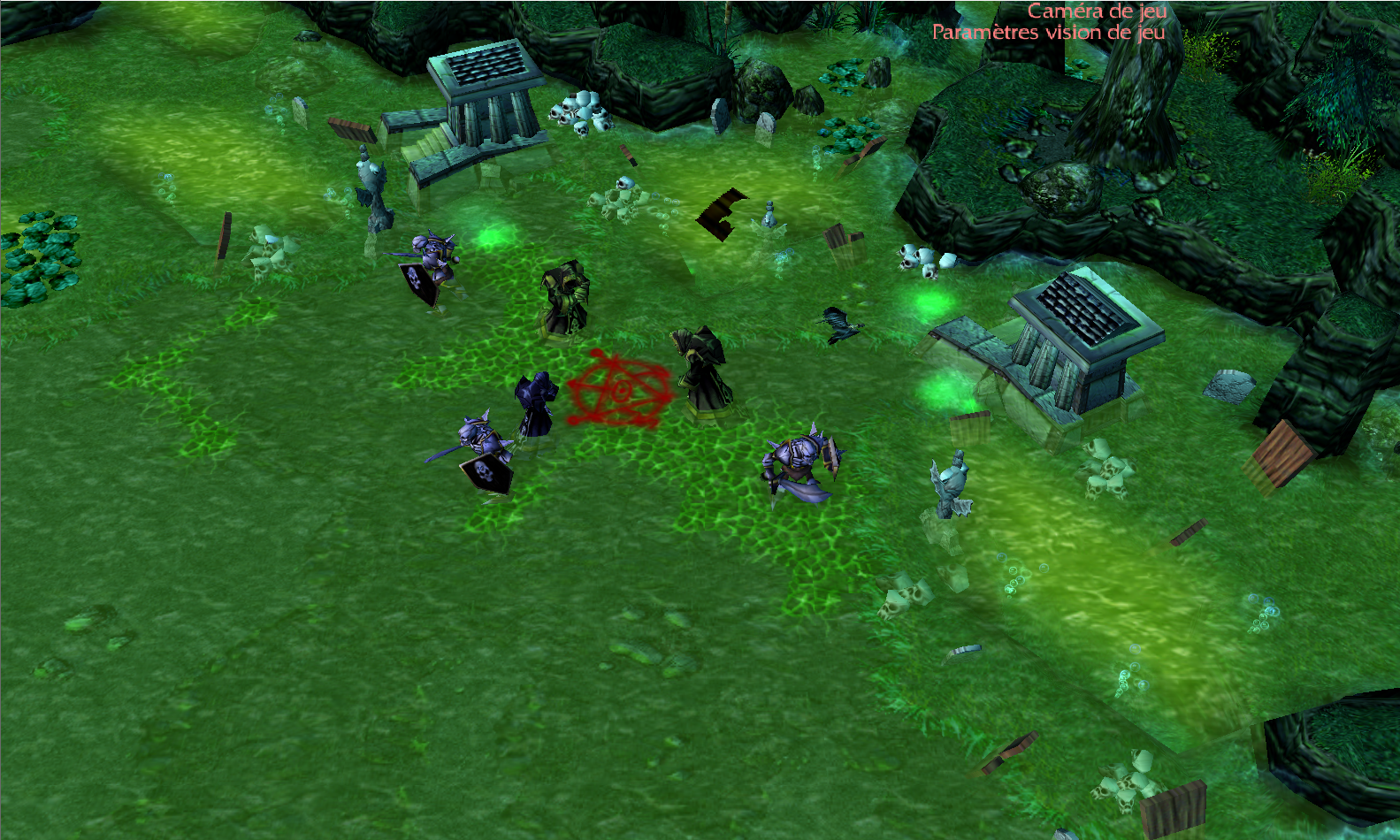 Between the payers bases, there are some islands that were not invaded by greedy magicians. The influence of Ashenvale's creature is still great here, despite the proximity of demons, wizards, undeads and satyres. All ressources are natives to warcraft3 the frozen throne.

mafe
Based on the reviews and results of the recent 2v2 Melee mapping contest ( Melee Mapping contest #4: 2v2 - Results ) , I think this map needs some improvements. Therefore moderated to "Awaiting update". Please contact me if you disagree or have any...
Read full review...
Reputation Statistics
Show Ignored Content