Understand the Numbers of WCIII

This ‘tutorial’, thesis or whatever you could call it, lectures about a couple of
things:

Range,
Colour,
How to recalculate numbers in the editor.

Introduction:
Last night, I had a revelation! … Of sorts.

I lay thinking about the numbers of Warcraft III, which had puzzled me,
before I got to this stage in my education.

A long time ago, I tried to do a ‘reverse TD’ where, the towers moved
through the maze, and units shot at them. You know, upside down world.
But, I just couldn’t seem to get the distance the towers moved, right.
I tried measuring one grid square off the World editor, by holding the cursor
over the lines.
Of course it didn’t go. I got the distance to be ‘round 120. The TD failed utterly.

Some months later, I thought back on this project, and eager to know about
what I’d done wrong, I went about a cleverer way, to measure the distance.
Using the system below, I accurately measured distances and such: 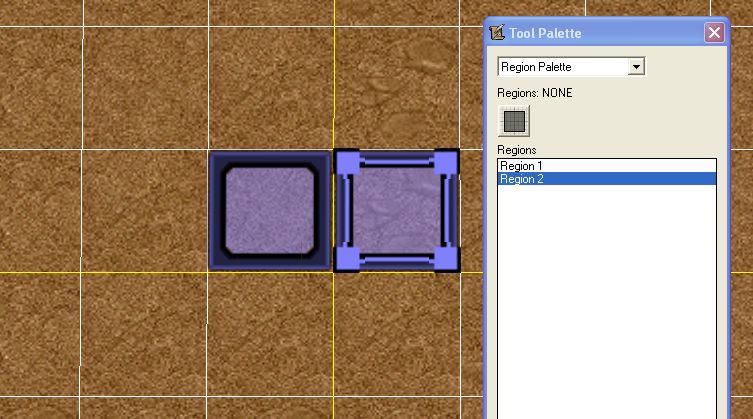 If you set up a trigger as so:

You’ll get a result, in game, showing the following message every 2 seconds:
128.000, which is the accurate distance.
It really helped me understand the game better.
Since I very quickly realized that this also was the distance used as ‘range’
in-game.
It also became clear to me, that this was a part of the binary counting
system.

The Binary numeral system
For all of you, not knowing what this system is, here’s a quick reminder.
All the 0101011101001000 – numbers that we have gotten to know as what’s
behind the computer – is binary counting.

Here’s a link to Wikipedia: http://en.wikipedia.org/wiki/Binary_numeral_system

Which, translated will be (in the decimal system):

There IS a system to all this nonsense.


If you didn’t understand my explanation, you could try counting binary on
your hands. But I’m not going to devote any more time to explaining this
system, try the wiki link, possibly.


To wrap up all this binary nonsense, I did it to help you get an understanding
of why and how the game has been put together.

Also, it should help you in-game to estimate, e.g. exactly how long 400 range
really is. (3 and 1/8 of a square)
This gives you a deeper understanding of the game, and you can make better
estimates to how to put your own maps together.

I know that I’ve learned from it, so why shouldn't you?

Note: The Title should perhaps have been ... 'as easy as i could'

So! Have you ever wondered why the hell yellow is also known as |cffffcc00
x|r ? (The x being your text) Whilst unit colours have been in a range of 0 to
255? And floating text triggers specifies the colour in percentages?

They’re clearly not based on the same system.
Or are they?
Well, I can tell you, that with a bit of calculation, they are! Let’s begin with
the text code. It’s setup is quite like this:
|cffxxyyzz{insert text here}|r. It looks odd, since I’ve replaced six of the
digits here with something else.
So! Here’s the trick: The x’s code for red, the y’s
code for green, and the z’s
code for blue.

This system is known as the hexadecimal system.

Here’s the wiki link, if you want to know more:
http://en.wikipedia.org/wiki/Hexadecimal
It is also known as Hex code.

I won’t explain it as I did with binary, but go to the link, if you really want to
learn about it, instead, I’m going to show you it’s use in colour codes.

And that’s where we know the unit codes from!
They range from 0 to 255, Which is the exact same as the text codes,
although less ‘code-y’.

Now it is possible to see a connection.

And, you know, to recalculate that number to percentage is easy.
But for those of you not knowing it, you just divide 255 by 100, and then
multiply by how many percentages you want.

It leaves you with how much you need to type into the unit colour-codes.
If you want an easy way to change it to text code, take the square root of
the result, and use find the nearest number from 0-9, A-F. And use that
twice after one another.

It will give you a, maybe a bit, crude result, but I would say that it would do.

I certainly hope that my hours of work will get used for a better
understanding of the numbers of WCIII, and get all readers to a higher level
of map-creating, and understanding.

Maskedpoptart, who did a little more on the numbers, link to his post here: It is number 12, if you want to scroll down yourself.
ap0calypse That li'l dude are always ready to help
http://www.hiveworkshop.com/forums/.../understand-numbers-wciii-148770/#post1387918

Icons 5 Maps 6 Spells 1 Tutorials 2
Why thank you. I also have it in word 07, and word 03 format, and the map showing range, if anyone's interested.

Umm, I seriously thought this was common knowledge already.

Icons 5 Maps 6 Spells 1 Tutorials 2
Yeah. But, this is not for experienced mappers. Some might not now this. And i generally wrote it to them. You can also see it on the language. It's not that difficult. Well, you didn't need this knowledge, i reckon then.

Icons 5 Maps 6 Spells 1 Tutorials 2
WEll, Seems like you already knew that one too then ^^ But it really IS a great way to do stuff...

Models 23 Icons 17 Skins 3 Maps 2 Tutorials 2
Yeah, I use the squares on WE (The medium ones) as a range like in Warcraft one ;P

Models 30 Icons 9 Packs 3 Tools 1 Maps 2 Spells 1 User Interface 1 Tutorials 3
This is very informative and all but I dunno if it's really tutorial-worthy.

Icons 5 Maps 6 Spells 1 Tutorials 2
Yeah, i get your point. But, eh, it IS a bit deeper than that... not much, but it is. you also get to know how to figure out accurate distances and such. Well, it probably doesn't deliver all THAT much different information, but i haven't found this anywhere else.

Spells 1
This tutorial is slightly informative, but you could use some work on your ability to explain things. Also, you have a false understanding of the binary numeral system.

Which, translated will be (in the decimal system):

It would actually be:

Binary is pretty much the same, except you can only use the digits {0, 1}. This means that we run out of digits after the number one, and have to add "1" to the place to the left, and start the current place from "0". So, the number two is represented by "10" in binary because there are no more digits to use after "1".

Icons 5 Maps 6 Spells 1 Tutorials 2
Yeah, i actually know that. Did i put it in wrong? Oops, thanks for spotting that one, you'll get a thanks ^^, and, i'll mention your post.

To all ye moderators out there, as i now read it through again, i realize that i've made alot of spelling errors and such, would it be deemed more worthy, if i fix all that?

btw - This is not really a tutorial that tells you specific things. It's more of a 'help yourself get better tutorial' (in response to Pyre's post)

I certainly hope that my hours of work will get used for a better
understanding of the numbers of WCIII, and get all readers to a higher level
of map-creating, and understanding.

Nope, the moderator of this forum was kidnapped and taken to a secret government facility for his crime of approving good tutorials.

Maps 3 Spells 1 Tutorials 1
I already knew all of this and it's not entirely correct...

The rest is correct though (1 square is 128x128, which is derived from binary, etc).
It could be useful, but doesn't addresses a lot of information (and it doesn't really go deep into the color codes, only the surface of the numbers and where they come from).

Icons 5 Maps 6 Spells 1 Tutorials 2
ap0: I'll fix it real fast, Well, the tutorial's primarily focused on letting people develop themselves, not exactly to provide all that much specific information.
Darkness-4-ever: I'm really tired, was up all night... can't see what you are saying?

Tutorials 1
I knew about binary and hex and all of that, but I never knew that a white square was 128x128...which must mean that a gray square is 32x32

Icons 1 Tools 1 Spells 4 JASS 4 Tutorials 8
Nice tutorial. It has its uses, and is generally good knowledge.

dude you should rework that part of your text, not say that you were wrong in the previous passage and that the link should be followed for correction. please just fix it yourself. (CTRL+C CTRL+V?)

Icons 6 Tools 1 Spells 5
Anything is wrong with my computer. (Even my hard drive starts failing and my video card won't load if my bluetooth adapter is in!)

vercas said:
Anything is wrong with my computer. (Even my hard drive starts failing and my video card won't load if my bluetooth adapter is in!)
Click to expand...

This is pretty off-topic though, how about you try to consult a technician or at least someone who has some experience with this?
I really don't know what could possible cause this.

This is pretty off-topic though, how about you try to consult a technician or at least someone who has some experience with this?
I really don't know what could possible cause this.
Click to expand...

Icons 5 Maps 6 Spells 1 Tutorials 2
I've experienced something similar. But mostly when the number is related to moving units around. I guess it's because the units gets moved to a nearby 'valid' spot. When just calculating, it's okay, i think.

Gamecrafter_DK said:
I've experienced something similar. But mostly when the number is related to moving units around. I guess it's because the units gets moved to a nearby 'valid' spot. When just calculating, it's okay, i think.
Click to expand...

Fuck, you're right!
It happened when testing my Velocity System!