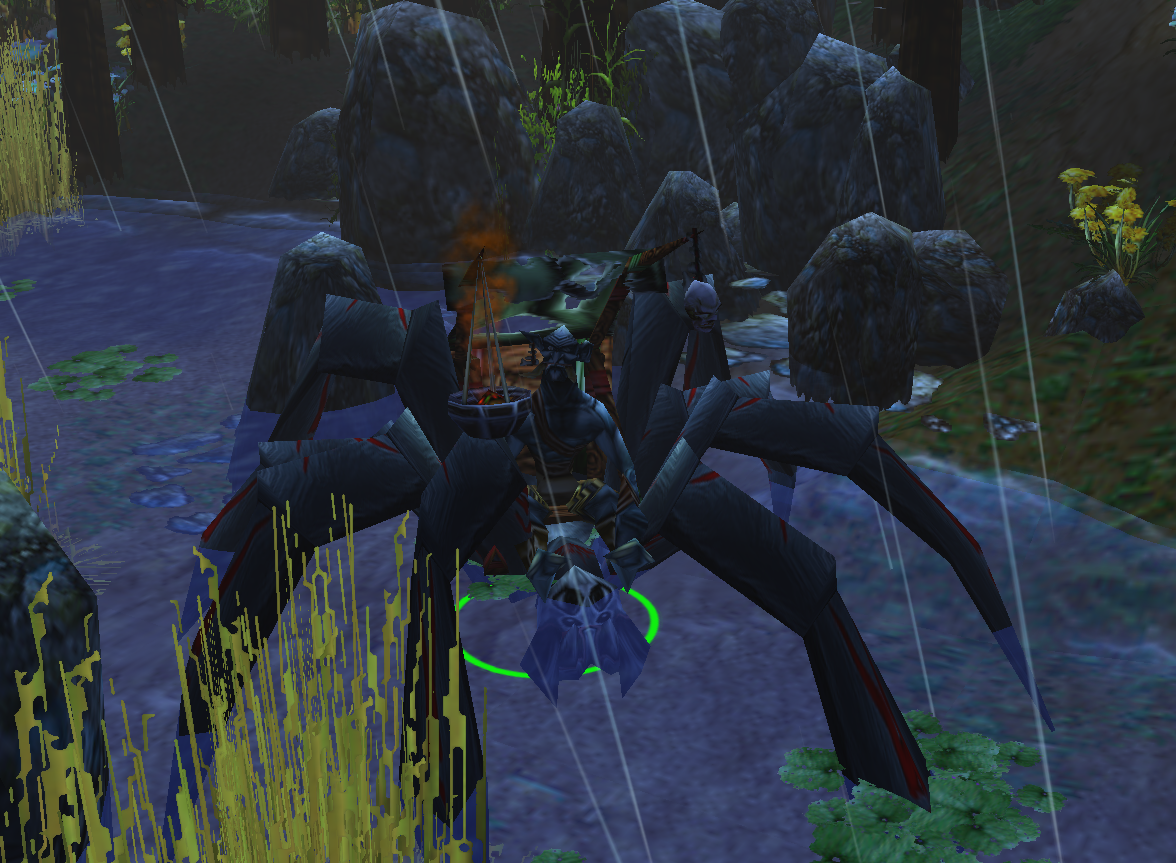 This bundle is marked as approved. It works and satisfies the submission rules.
View usage Statistics Legacy download
Reactions: tillinghast, stein123, y7` and 2 others
This model was inspired by an idea of @Kyrbi0: It is an old creepy troll riding an even creepier spider.

This model was quite the undertaking and possibly the most complex I've done to this date. I finally got around to work on editing some of the animations in Mdlvis (for the first time ever), and I believe I got rid of the most horrendous clipping, although with so many legs moving around, getting rid of everything is nearly impossible. The animations are actually the models of the goblin alchemist (without ogre) spliced with the regular spider, so initially there were some pretty bad clipping present in some animations. Some animations are a bit jittery after editing, altough it is not all that noticeable from the ingame perspective. The wrap on the spider's legs are difficult at best to work with, and there is some stretching, even though I've tried to keep it at a minimum. I'm honestly quite pleased with the end result, and hope this model can be useful to people.

Update 1: Reworked the walk animation, made the smoke more subtle.
Update 2: More or less redid the spell animation from scratch, tried to smooth the channel animation a little.
Contents

I really like this model, very creative and well designed.
The only thing I'm not fond of is the attack animation. Poor troll must be shaken very hard every time the spider attacks

Sieben said:
I really like this model, very creative and well designed.
The only thing I'm not fond of is the attack animation. Poor troll must be shaken very hard every time the spider attacks
Click to expand...

Thanks! Yeah, the attack anims was one of those that turned out rather jittery, it was even worse before though. It was a difficult animation to edit, especially considering I'd never even opened the sequence editor in Mdlvis before.

Icons 53 Maps 2
Very cool.
I really like the troll characters expression, he has a character and looks creepy. The design is really creative.

I don't have a issue with the attack animation, but more with the walking one.. The troll seems to be bouncing around way more than the spiders body.

Scias said:
I don't have a issue with the attack animation, but more with the walking one.. The troll seems to be bouncing around way more than the spiders body.
Click to expand...

Yeah, I haven't tweaked that one. Maybe I should. I thought is was ok, but in retrospect it might do with some work.

Some tips to improve it:
- The walk animation is horrible, the troll looks like a trunk bouncing over the spider. Please fix that.
- The troll has a really LONG neck, make it a bit smaller to look better.
- The hanging skulls is awesome! But the brazier is too low and gets messed with the spider and troll in some animations. Delete it or set it higher.
- The brazier smoke is weird, if you see the unit ingame, from distance, it looks like a steam tank. I mean, like if the spider were propeled and that is not just a voodoo brazier.
- The attack animation is fine, but in the Attack-Spell i would recomend you to make the spider be quiet and so the Troll can use properly his voodoo magic. Would look cooler and give more ingame options, with the current attack-spell animation the troll movement is nearly unseen due to the spider shake.

Maybe you can fix both brazier issues swaping it with a "Voodoo Doll" or somehting like that, haning like the skull. That would be 100% trollish. Also, you have a "zombie" skull, wich looks awesome, in the other side instead of the brazier you could add a bunch of tiny skeleton skulls.

Elbadruhel said:
- The troll has a really LONG neck, make it a bit smaller to look better.
Click to expand...

Funny that you think that. The neck is unedited from the shadow hunter

Updated the walk animation, raised the brazier a bit, and made the smoke particles more subtle.

To do: Stand Channel could do with some work. Attack and Attack Spell as well.
Last edited: Jan 19, 2019

Once you fix attack spell i will add into my map

About the neck, its funny yes xD. But it has a clear and logical explanation, the Shadow Hunter design has been done so his neck is unseen due to his "weird" position. You have "rotated" the model so all the neck is at our sight, making it look too long.

Maybe this wonderful drawing could explain what i mean xD. Nevertheless, now the neck looks better, due to the erasing of the weird "shaking" it previously had. 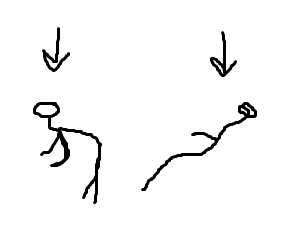 Models 63 Icons 1 Packs 2 Skins 4 StarCraft II Resources 2
Hmm.. i would like that roof to have TC, so the droll doesn't get rained upon or something xP and also, you should wrap the legs better so there isn't that black line on the underside of each leg.

Models 6
A very interesting concept, but:
-I think the spider shouldn't move during attack spell, this will make it more like the the troll is casting a spell as right now both the spider and the troll are attacking simultaneously and it seems rather chaotic.
-The stand channel animation is...weird.
-I think the troll should be a bit bigger, or maybe the spider smaller, however this is just a suggestion
Overall a creative design, but the animations need more work .

Models 51 Icons 1 Skins 1 User Interface 1 Tutorials 1
''Thanks! Yeah, the attack anims was one of those that turned out rather jittery, it was even worse before though. It was a difficult animation to edit, especially considering I'd never even opened the sequence editor in Mdlvis before.''

wait until you start selecting bones individually and, press the ''KF'' check mark box button, to show ''key frames'' of only that selected bone. then, you will find out how to make things less jittery. by deleting stuff.....

Models 15
Yeah. Not very easy to work with. Thing is, the animation is a combination of the spider attack animation and the alchemist one, so the number of keyframes created when the two merged was simply quite unmanageable. If I'd known back when I merged them what I know now I would've done it differently, but that is how we learn. And I learned quite a lot from this project.
Last edited: Jan 26, 2019

Models 51 Icons 1 Skins 1 User Interface 1 Tutorials 1
yes, alot of key frames does indeed make it harder, but not impossible, as long as you can swap quickly between selecting what you think are ''possibly bad frames'' you play the animation at one tenth the speed, using the small check mark box in the bottom right with the letters ''IFI'' and upon checking it you see a smaller box with the number ''1'' in it, and buy putting a ''0'' there, it should read ''10'', and watch your jittering glitches in slow motion, and at the same time, pay attention to where the red slider is, so you can atleast know what area, the bad frames in.

once you get close to the glitch, you can press those...um.... im starting to forget stuff..... arrow keys on the side next to... um... frame.. you can then manually flip through your animation frame by frame and watch the jitters and glitches happen in ways that can teach you to fix and change them. important to smooth *or atleast half ass-smoothed* animations.

I like it, I hope you keep working on it.

Icons 309 Packs 18 Maps 48
I like it, gives a different feel towards everything.

So comfy! I want such spider too!!

Models 194 Icons 126 Packs 7 Tutorials 2
Works in-game, performs appropriately and is a good addition to the model section. Good job!
You must log in or register to reply here.