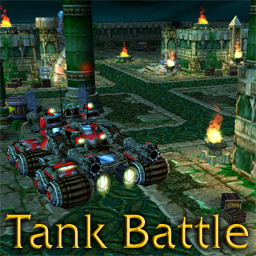 This bundle is marked as useful / simple. Simplicity is bliss, low effort and/or may contain minor bugs.
View usage Statistics Legacy download
I got the idea for this map while I was working on one of my other maps. I was messing with a tank system for "Resistance" and thought, wouldn't it be cool if people could fight each other with these? So I made this.
The game is not fully polished, but it works nicely if left alone.
The goal is rather simple. You and your ally control a tank. One of you is the gunner, and the other one is the driver. After each round you switch rolls. If you do not have an ally you will be assigned control of both heroes and will have to do both roles. In each round the goal is to destroy all the other tanks. When all the tanks but one, or in the case of every tank being destroyed, the map will be reset, the roles switched, and the game will start again.
The only real imports are from General Frank and WILL THE ALMIGHTY.
I use several of General Frank's space orc models, and I believe two of WILL THE ALMIGHTY's explosions/rocket models.

I was rather happy when the idea for these tanks occurred to me. I edited the model of the tanks (simply changed the name of a bone) so that I can use the animation 'lock unit head facing' to make the turret of the tank face a direction I want. In my map your tanks will look, and fire, towards one direction, while moving in another direction.
The terrain is almost completely destructible. Using your tank you can roll over small units and crates to destroy them. Your turret can also do a lot of damage and destroy the walls of the level, offering you vision and a new path. Shooting a torch/firepit will also put it out (something I thought was rather fun to do.) When you shoot the tank plays its animation and a ground fx ripple shoots off in the direction you shot, the first thing in it's path explodes damaging the ground beneath it (from tiles to dirt to rough dirt et cetera.) 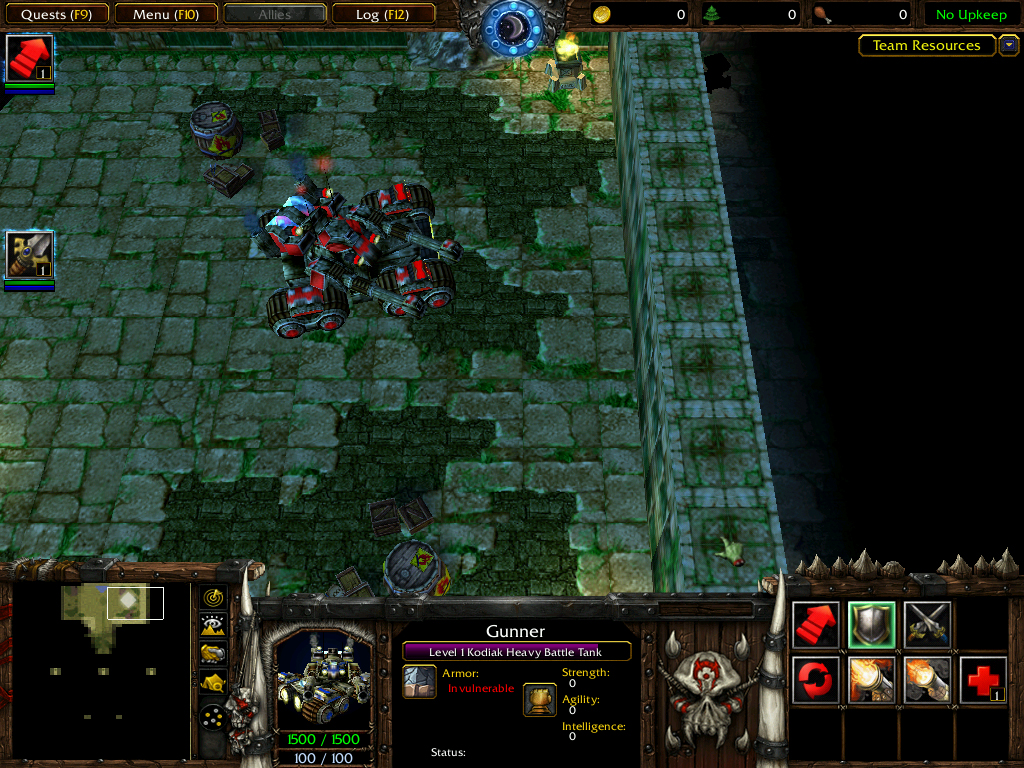 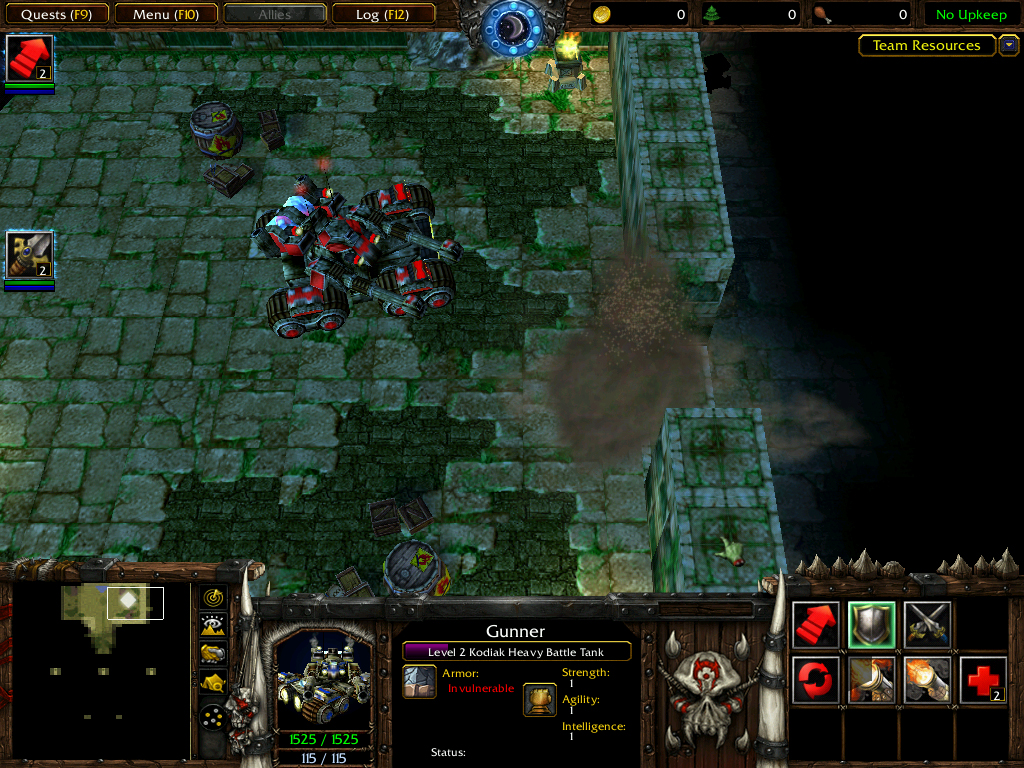 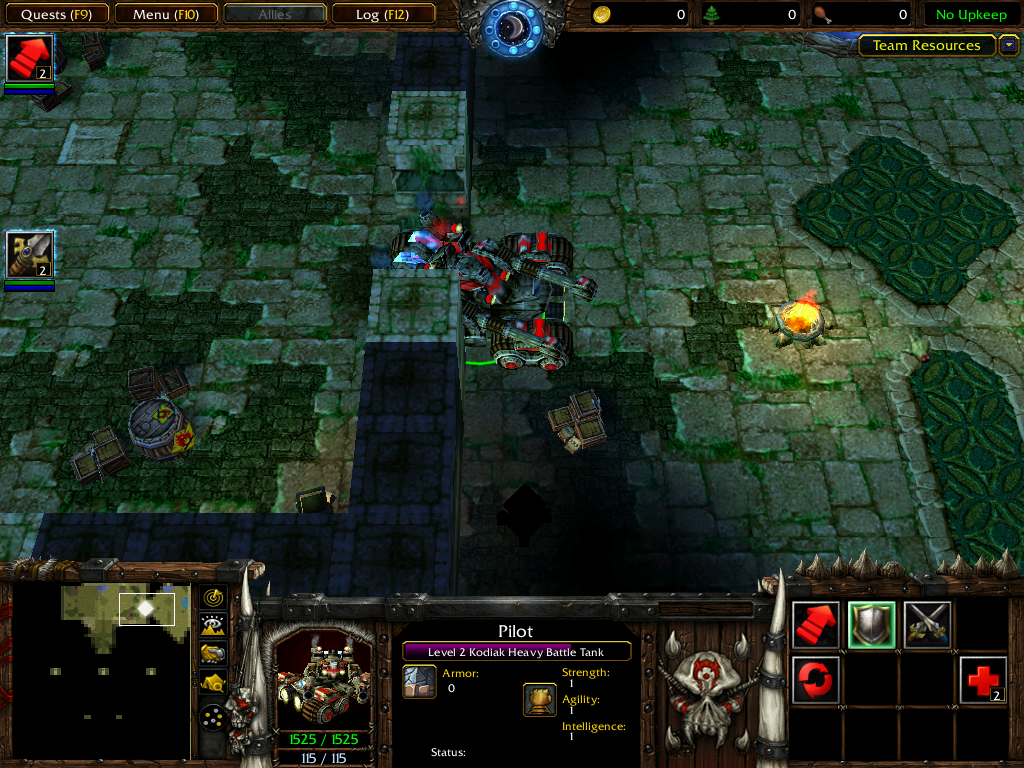 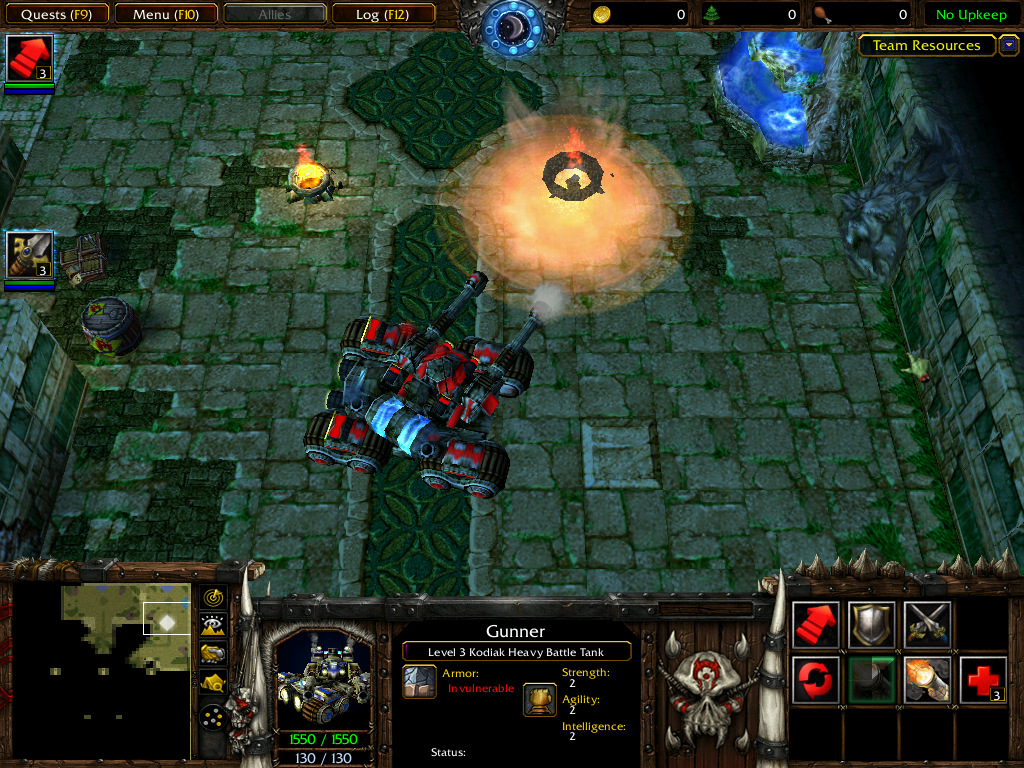 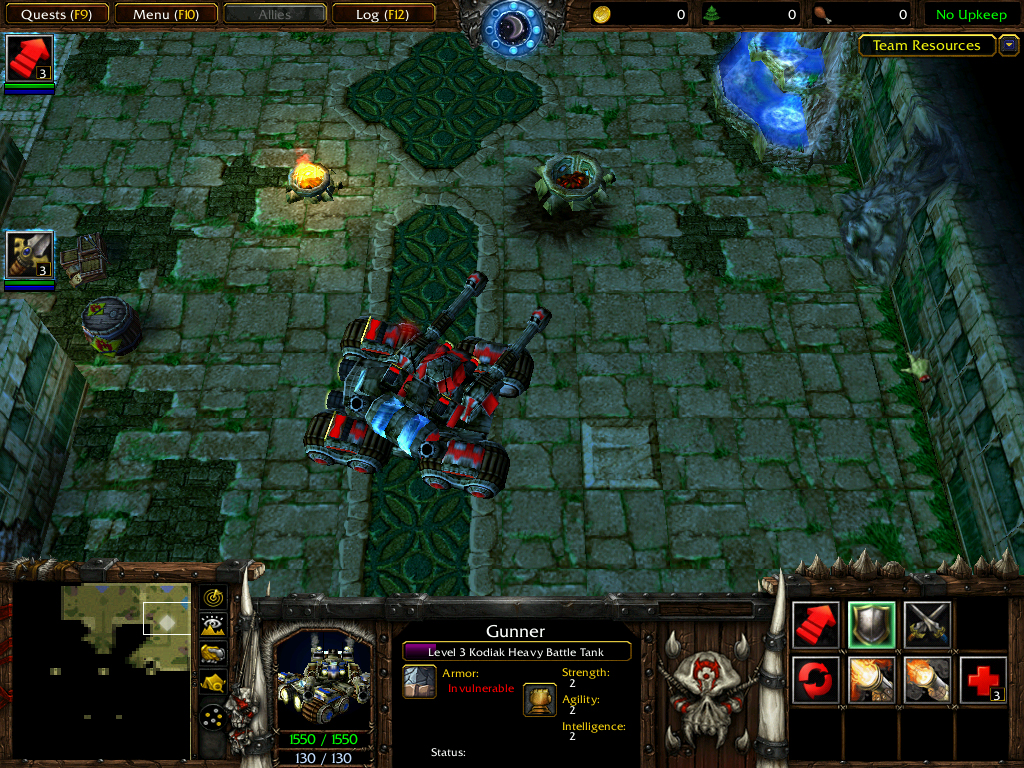 Maps 2
Maybe add a picture to the map and add some screenshots ?

Maps 1 StarCraft II Resources 2
You shoud really change the picture and maybe add screenies... heyy, why is the creator and uploaders with different names? Or is that just another name you use?

Models 2 Icons 24 Skins 10 Maps 5 Templates 1
[email protected] is my Bnet account. I will add some screenshots I geuss.

Anyways, here you go some suggestions:
-Use tanks like: the Ursa Major Super Heavy Tank, Grizzly Mk. II MBT, and even the Red Star Armageddon.
-More arenas, like one in a city or something.
-As everyone said, some screenshots

Models 2 Icons 24 Skins 10 Maps 5 Templates 1
I would love to post some screen shots, but I don't think they would be very interesting with only one tank and maybe some rubble around it. Without some more people the screenshots couldn't get any more interesting than the mappreview.

Icons 4
good map, even tho on it's early stage, and even more impressing made with gui. rating 3/5 and +rep until updated further with more possabilities

P.S: screenshot would be good if you capture it in the moment it hits a wall or something. i guess...

Models 3 Maps 1
Wow, this thing is awesome. I have to say I love the fact that shooting torches make them go out.

However, it will require more tanks, and you really should put the instructions about there being two players in the map description rather than in the team names, it screws it up.

Would it be possible to put in AI, or at least some creeps?

Exploding barrels don't damage you when you run them over, and I can't change tanks for some reason.

Also, could you give the attacks a projectile, so you can see what's going on?

Why does the tank have Tranquility (when the other abilities have been renamed?)
Last edited: Jul 22, 2010

Models 2 Icons 24 Skins 10 Maps 5 Templates 1
Ehh you caught me. I kind of rushed the game into production. I have a terrible habit of dropping projects in the middle of them and I wanted to see this get published before I left it. That was four months ago. Perhaps I will revisit it and revamp it.

I know, aren't the torches awesome?
I was editing the model of the big bowl torch (it wasn't making a light) when I noticed they had a 'dead' animation. I was wiggin out. I was so excited, "This is gonna look so cool!"

Looks awesome. Does it have AI?

I'm not sure is it bug or not. But your map seem gets a lot of problems.

Like: Sometimes when i was starting already, The game will drop out to desktrop screen.

Sometimes i use your "Far Sight , Tank skills"

My warcraft goes in Not respond and i have to end process my warcraft III.

Maybe u should look up in your code , and find out what happen.

I got a kinda this problems when i play a beta maps.

Maps 3 Spells 3 Tutorials 1
As a Reviewer of the Map Reviewers Group, I joined the THW Cleaning Event.
I end up writing a fast review, or just posting the end state of the map, rating is not always included!


Current State for this map: Rejected

I will contact the moderator to Approve/Reject the map, depending on what you recieved.