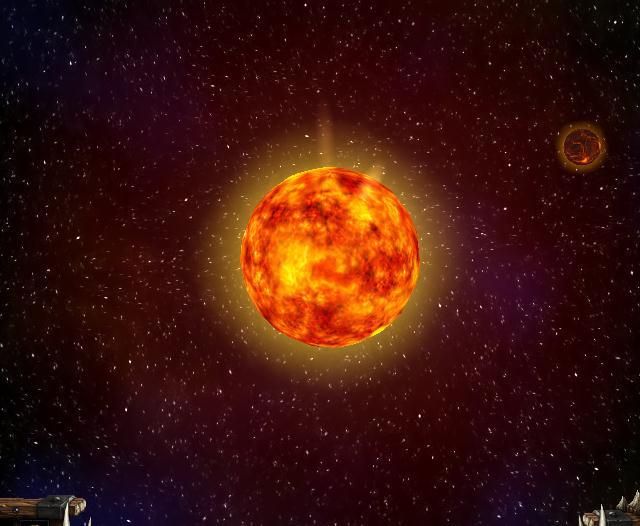 This bundle is marked as approved. It works and satisfies the submission rules.
View usage Statistics Legacy download
Reactions: deepstrasz, NightStalker, ILH and 1 other person
This is model of red star, how its actually looks, im not founded a real star model anywhere, so made it on my own

22:08, 21st Aug 2014
MiniMage: It's a neat little star and features a similar level of quality to Fingolfins space models. It fits well. Approved.

Maps 3 Templates 1
This can be used also as a sun model. Well, the sun is actually a star so it's a good idea. It also looks much realistic, really cool.

Icons 3 Maps 1
Well, this is awesome. Very usefull and looks completely stunning. Cant wait to see it in space maps.

Models 147 Icons 1 Packs 4 Skins 2 Maps 1 Spells 3 Tutorials 1
I really like these, the atmospheric glow of your planets is also a nice touch. I like the general atmosphere in your sample map. A piece of advice though:

*Don't use skyboxes to represent space. They are really bugged in warcraft and will notably jitter, as you might have seen. Try to solve it by making a "floor" model with a looping image of space instead, use an alpha tile for the ground, and place the space model a fair bit below the ground. Also trigger the "Far Z" of the camera to be at least in the ranges of 10,000-15,000. Perhaps this could be used together with the sky model for more reliable results.

*Make sure your planet units don't have pich/roll, and also when moving them, don't use the jass natives SetUnitX and SetUnitY (use SetUnitPosition instead), otherwise the planets will also jitter due to them trying to move back into position. Could perhaps be solved by setting their movespeed to 0 (but this instead breaks SetUnitPosition).

Models 3 Maps 3 Sounds 1
What did you use for the space in the backround? just asking.

Explode animation?
You must log in or register to reply here.