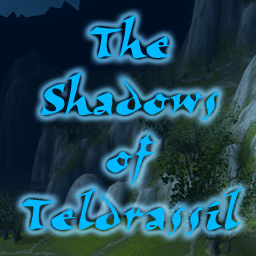 Maps 5
Make sure you've watched all the previous Chapters, and then watch this one and give me some feedback.

Models 22 Icons 5 Tutorials 16
Like the previous ones... Full of surprises... Well done. Awsome effects. And overall, a very good story. 5/5

Gonna watch it right away!

It`s perfect.I saw all part, but this is the nicest. I like the atmosphere and the story, effects are cool too, but u could have improve your terrain

Have you considered combining them into one campaign file when you finish the series?

Maps 5
Actually, I intend to do just that, after all seven chapters are released, I'll roll them all into a campaign file and add a few extras as well.

Thanks for the feedback, hungry for more.

Tools 4 Maps 11 Sounds 1 Tutorials 14
You want more feedback? OK, it's time for some critisizm.
There's not much of it only a few small issues:
-You don't trust my feedback, do you? PLEASE start the next part with Map Initialization. The game interface in the first moment looks so... unprofessional and interrupts the atmosphere, which is all in all, very good. Change the event in Trigger 1 to "Map Initialization" instead of "gametime = 0 seconds" and the thing is done.
-the music during the first scene doesn't match the atmosphere so well, I think. Too much percussion, too less contrast in speed and rythm to the music during the following demon attacks.
-Some of the dialogues are too fast. This happens nearly everytime when the message is longer than 2 lines. I still could not read them completely after having seen it 3 times.
-you should move camera faster during the battle scene at the well of eternity to give it a bit more action.

The terrain is still not perfect, but it's OK for a cinematic. The rest is really good, especially the VisualEffects. The story doesn't deserve critisizm in any way.

This is really the best part of the 4, every part gets better than the one before. Go on like that!
But for the campaign version you should update the older parts :!:
I'm looking forward to the next part...
Yours truly
Waldbär

"-You don't trust my feedback, do you? PLEASE start the next part with Map Initialization. The game interface in the first moment looks so... unprofessional and interrupts the atmosphere, which is all in all, very good. Change the event in Trigger 1 to "Map Initialization" instead of "gametime = 0 seconds" and the thing is done. "

Tools 4 Maps 11 Sounds 1 Tutorials 14
This reduces loading time? May be, but it's such a short difference that it's useless and better 2 seconds more loading screen than one second "close eyes please, you're watching a cinematic"!

I love it! im gonna use the Firefly skin for my maps and maybe the char to if ye dont mind.

Good job, nice cinematic, amazing story, wonderful atmosphere. Again, i will be the first who rates this map. What a shame, such a wonderful cinematic and part 4 is unrated here on hive. 5/5! Great job!!

btw one question: I havent seen so far part 6 & 7. Will there ever be these part? I hope so!
Anyways, great job!

Maps 4
3.5/5.
How/when did Illidan and the dreadlord get out of the lightning explosion site?
The archers up there shoot randomly but not towards the enemy units. Some of them don't even shoot.
You must log in or register to reply here.

Shadows of Teldrassil- Chapter One