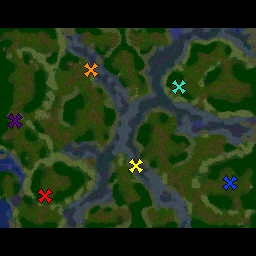 This bundle is marked as approved. It works and satisfies the submission rules.
View usage Statistics Legacy download
If you have ever played my Warring Nations map (http://www.hiveworkshop.com/forums/maps-564/warring-nations-v1-24-a-112857/?prev=status%3Dp%26u%3DArchangel_Tidusx), this is just a very large extension of the game.
If you have never played the map, which is what I expect; This is an altered melee map.
The special features of this game are as follows:
-A protect-the-king type map
-Builders that require escorts
-Castle wall creation with opening and closing gates
-Multiple race indoctrination
-Multiple custom units
-Stockpile that determines maximum resource limit
-Removed food limit
-Revenue generated from houses
-Custom upgrades
-Beasts
-Unique specialization for each unit

Some of the similarities include:
-Re-edited warcraft units
-Added custom abilities to make every unit necessary
-Original Warcraft terrain from Enkaro's Way
-Research expansion, including multiple new levels for research

I will continue to edit this map as necessary. New updates are soon to come.
Also, I tried my best in crediting everyone for the models and beta testing help.
If I left you out be sure to notify me and i will give you the necessary credit.

Author
Archangel_Tidus. Terrain by BE

does this crash after about an hour of play time for anybody else? A couple friends and I all have that problem and one of them has a really good computer.

Icons 3 Maps 5 Tutorials 1
*The purpose of this comment is to allow me to rate.*

Maps 3
Gameplay
I tried the map, and though there wasn't actually really anything wrong with it, I kinda meh on it. It reminded me a lot of a Builder version of like Vampirism or Genesis of Empires 2, which I haven't decided if that was a good think.

So, first off, lets talk about the number one main problem every Builder map has. Infinite Money. The more mature maps, like Kingdom Conquest, Medieval Builder, and my own Colony Builders, have a sort of income cap. This stops the player from amassing such a large amount of income that he cannot just spam 12 production buildings, set the rally point at his enemies base, and spam troops at the guy until he dies.

Your map doesn't doesn't have a hard income cap. Instead you have a soft income cap in the nature of Stockpiles. Problem is that the cap is very soft. Too soft. Get 2 Warehouses or just 4 Storage Pits, and you'll probably never have to worry about it again. Then just get 60 Huts or 1 Story Houses and you'll have unlimited gold in no time.

This is annoying because once I got to Castle, and it came to looking for the buildings I needed to advance to a Citadel, it was a pain in the ass. I completely forgot about the War Builder, and couldn't find the War Factory between the Human, Dwarven, Orc, and Elven Builders. That's another problem, you've intertwined the racial Tech-Trees, which is more annoying than beneficial. If you look at GoE2, you have access to all the Tech-Trees, but they're in no way intertwined together at all. And trying to maintain several Tech-Trees at a time is extremely hard and extremely stupid. Here, you encourage it. There's no penalty for getting all the Treaties, and a severe penalty for not getting them.

Which brings us to the next problem, the Builders. Vampirism has a lot of Builders. It does. But the difference here between Vampirism and that in Vampirism, once you tier up, you rarely need your former Tier's Builder. You have your Human, but then once you get your Goblin Shredder guy (Vamp Beast), you don't need to bother with your Human outside of repairing unless your base gets owned. Then with the next Builder, you don't need your Shredder anymore. Nothing new is unlocked two Tiers later in your Shredder. In this map, half the stuff is locked away in the War Builder, and you can't access it until you get the Dwarf and Orc guy out. As I said earlier, I had forgotten about him, and when it came to looking for the War Factory, I was just like "Where the fuck is it!?"

If you look at Warcraft 3, every race has about 12 units, and (not counting Upgrade Levels) around 16 upgrades and 10 buildings. Starcraft has around 4 more units than Warcraft 3, but around the same amount of buildings and upgrades. Warcraft 3 and Starcraft are considered to be some of the best RTS games that have ever come out, and emulating them wouldn't be a bad idea. Meaning, streamlining the Tech-Tree would probably be a good idea.

Fine I guess. I would have liked something bigger than just 6 players, though. It restricts a map's ability to be used for Clan Games. Play Azeroth Wars: LR with 12 players, then play a game of Europa or Shogun, and then come to your game, and we have to tell half the players to go do something else.

You have a shitload of races, upgrades, units, and buildings. Problem is, with infinite income that you can get, this can all by researched/used/built within a single game. That doesn't help Replayability that well.

I still probably have to try this online. But the simply fact that I could get infinite income really doesn't help the matter. Nor the very low player limit.

Models 9 Icons 27 Skins 2 Maps 12
I think a lot of what you said is misobjective. But thanks for the review. It's hard to get an actual feel for the map without playing it with other people.

It doesn't really seem like you even looked much into the map.

Maps 3
Those are just my initial thoughts. I'll get around to trying it online. Also, those be some big words you gots thar.

Maps 5
This has actually got the same name as a seperate computer game : /

Models 9 Icons 27 Skins 2 Maps 12
Really?! lol wow!
Totally incidental. This is my original game. Not really based on anything. Inspired from that "New World" map on hive, but original concept.

Maps 3
Not to mention that King Leopold has a map called Rise of Nations also.

Maps 3
Didn't say it wasn't. Just pointing out another map with that name. I think there's like another 3 maps with that name by other people.

Maps 2
I can't build an outpost at the beginning. It costs 1 food and there's nothing that apparentally gives me food at the start.

sigh lol well that was fun game i just played u cant build outpost it requires food and since farm ( it also provides food) requires food to build with is >.<

crappypappy said:
sigh lol well that was fun game i just played u cant build outpost it requires food and since farm ( it also provides food) requires food to build with is >.<
Click to expand...

Just fixed it, sorry guys. It was something I implemented.

EDIT:
Thanks to all for the patience, I have fixed the map and the goblin race and all should be well now!
I appreciate all the help from my dedicated players.
Last edited: Apr 2, 2010

Maps 2
i can't load the game when i save it

Rajaco said:
i can't load the game when i save it

It's protected. It is in no way, shape or form openable.

Or do you mean that when you save in singleplayer it won't load?
If that's the case, I have no idea what to tell you. It's in GUI so I can't imagine it not being able to reopen. If u saved in battle.net, maybe your partner isn't present or something.

Archangel_Tidusx said:
It's protected. It is in no way, shape or form openable.

Or do you mean that when you save in singleplayer it won't load?
If that's the case, I have no idea what to tell you. It's in GUI so I can't imagine it not being able to reopen. If u saved in battle.net, maybe your partner isn't present or something.
Click to expand...

Models 9 Icons 27 Skins 2 Maps 12
Just redownload it and make sure you put a .w3x at the end of the filename. Sometimes that is a common issue.
You must log in or register to reply here.