Maps 2 Spells 2 Tutorials 1
I have NO IDEA where to put something like this, but I HAVE to tell people! It's amazing/hilarious!!


CHAIN LIGHTNING NOW HAS EVERY SINGLE DATA FIELD IN THE EDITOR!! 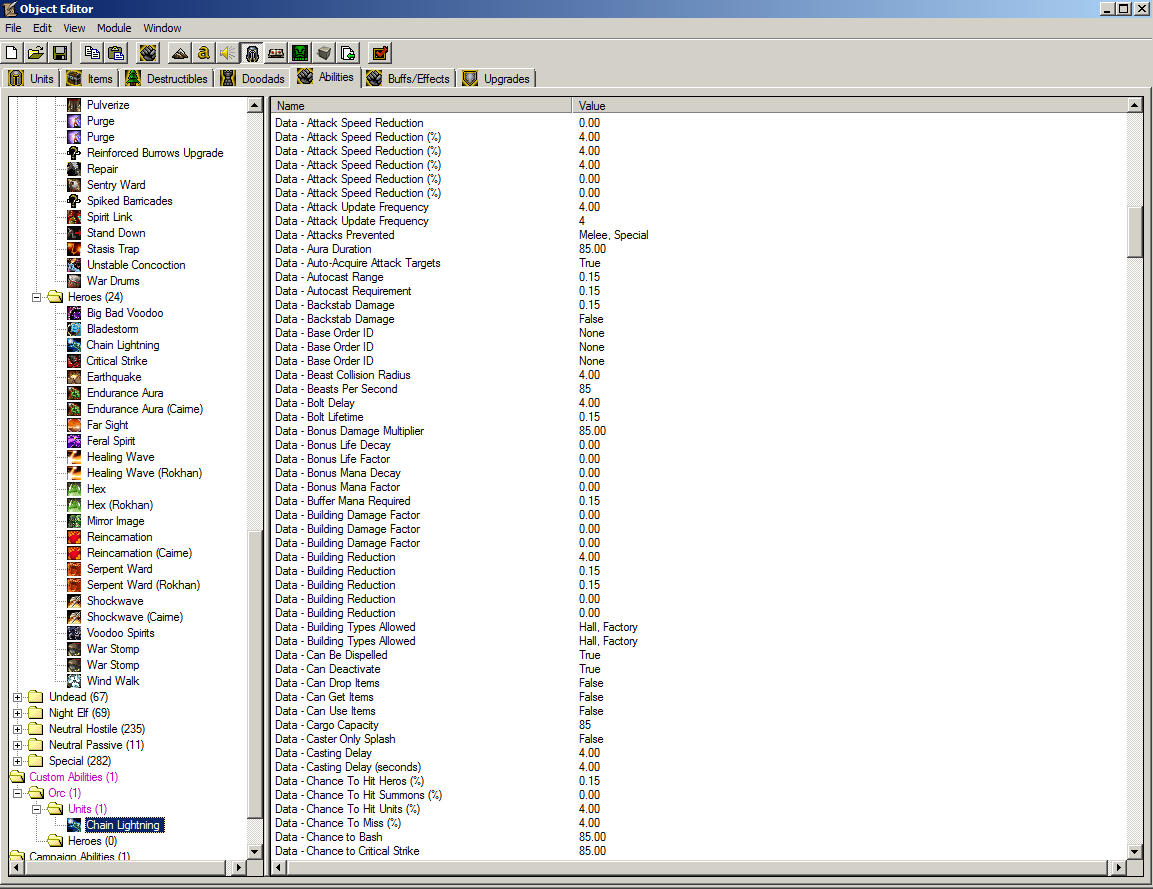 They are all DataA through DataD, though. Which means if this probably wasn't just a visual-only glitch, it'd probably crash the game because the same Data is trying to pull more then one variable... And it seems to fix itself when you export the map. This was just really freaky, IMO!

Spells 1
It doesn't happen with just Chain Lightning. As far as I know, if you edit a campaign map and go to the object editor, all the map's custom abilities (the ones that are unique to the map, not the ones from the campaign data editor) will display every single possible field.
It won't crash your game. At least, in my case it works fine. And I think I read somewhere (didn't test it) that all the fields not related to the ability won't have any effect. For example, modifying healing or stunning values for the Chain Lightning shouldn't do anything, because the Chain Lightning doesn't have healing or stunning effects.

Models 32 Icons 3 Packs 1 Maps 5 Tutorials 1
Campaign editor is full of weird bugs, some of them http://www.hiveworkshop.com/forums/world-editor-help-zone-98/campaign-editor-abilities-bugs-250789/
You must log in or register to reply here.

Campaign's Object Editor Only Creating Custom Stuff not for Campaign