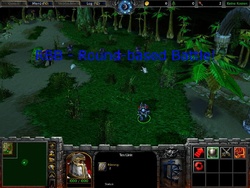 VERSION 1.00
Added: Battle Indicator Arrow, idea by TheBlooddancer.
Added: A fire spell for the player and the ability "Enrage" for the creeps.
Added: Improved the attack ability of the player very much.

VERSION 1.01
Added: 2 new commands and now you cannot move a unit while a fight.

VERSION 1.04
Added: 2 Functions: Revive, Revive All.
Added: New Command: -cam changes the cam to the second cam while in battle, and vice versa.

REMOVED: Manuals, if you want the manuals, pm me.

If you got any suggestions for additional features (like damage text, more battle messages and such) just tell them! I need feedback!

This is the kind of game I wanted to imitate with my system:
Lufia

Inspired by: Lufia, Mystical Quest, and all turn-based RPG's.