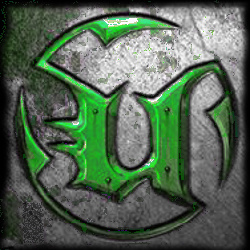 Gameplay:
You play as Ranger in deadly tournament. The goal is to be the first who make 25 kills.
The basic attack ability is Arrow Fire that fly directly to target location. Most of your kills and deaths coming from your playing skills.
You can pick up special Orbs that upgrades your attack. The Orbs are spawned in different places around arena. Every orb has different speed, graphics, damage a range. Some Orbs are special, makes you resistant to damage or heal you.
The secondary skill is Jump. You can jump whenever you like and wherever you want. Over the cliffs too. Some Orbs are hidden on cliffs.
The jump ability is also good for avoiding enemy attacks. The fired orbs must touch your body to hurt you. (you can jump over them without taking any damage)
Anyway, some orbs are very strong, you can kill an enemy with one touch.
When you are killed, you can instantly spawn by pressing ESC, dont waste your time throught

Announcer comments the gameplay too. (First blood, double kill)
Lot of sounds are added from game Unreal Tournament, specially the game music. The gameplay is very similar too. Enjoy the play

Thanks to Epic Games for their sounds, music and original preview image.
Also thanks to model and skin creators.