This bundle is marked as pending. It has not been reviewed by a staff member yet.
View usage Statistics Legacy download
Reactions: QuantumMatter, Vinz and Devalut
Polymorphic Energy 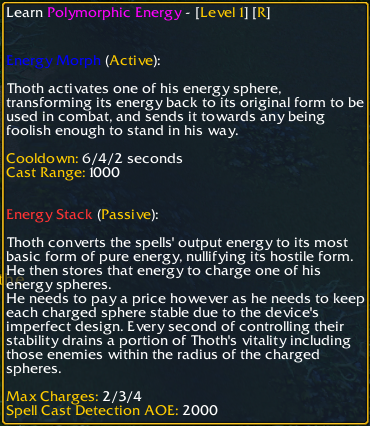 1. Install all the required dependencies listed above and (optionally) the optional dependencies.
2. Copy the ability object data for the spell, named 'Polymorphic Energy', found in the downloaded map.
3. Copy the 'Polymorphic Energy' folder in the Trigger Editor from the downloaded map into your map.
4. Spend some time to configure the spell to suit your liking.
5. You're all set!

Spells 13 JASS 12
Thanks!
You must log in or register to reply here.