THE PLAGUE 1: THE EAST 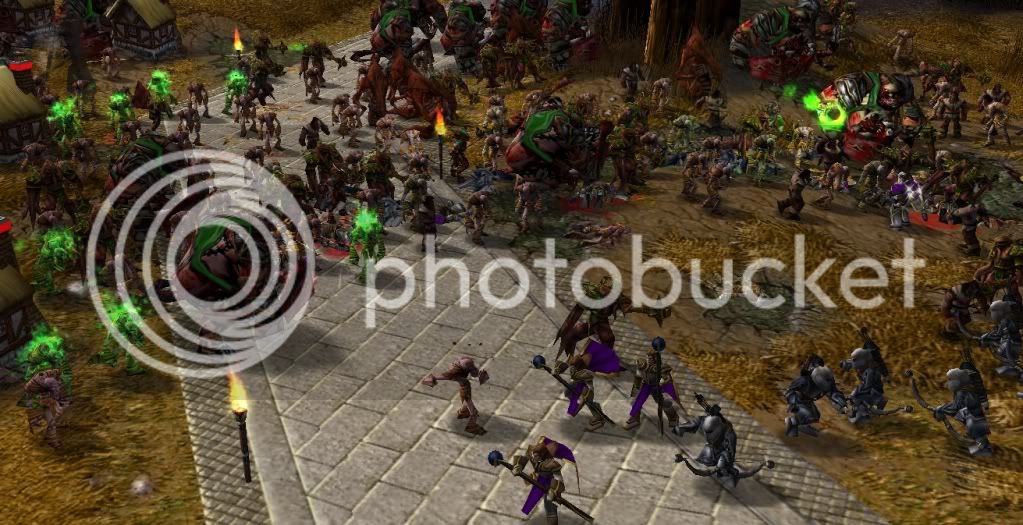 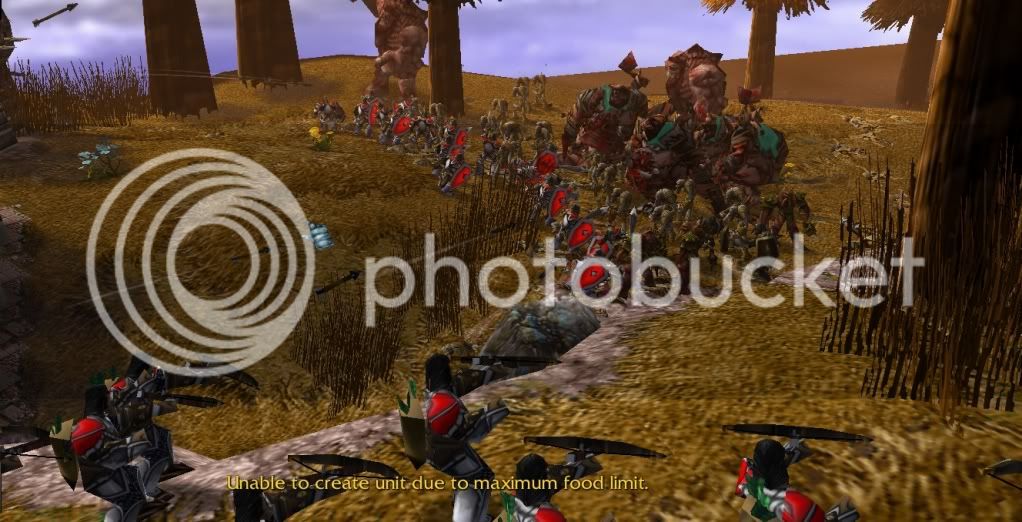 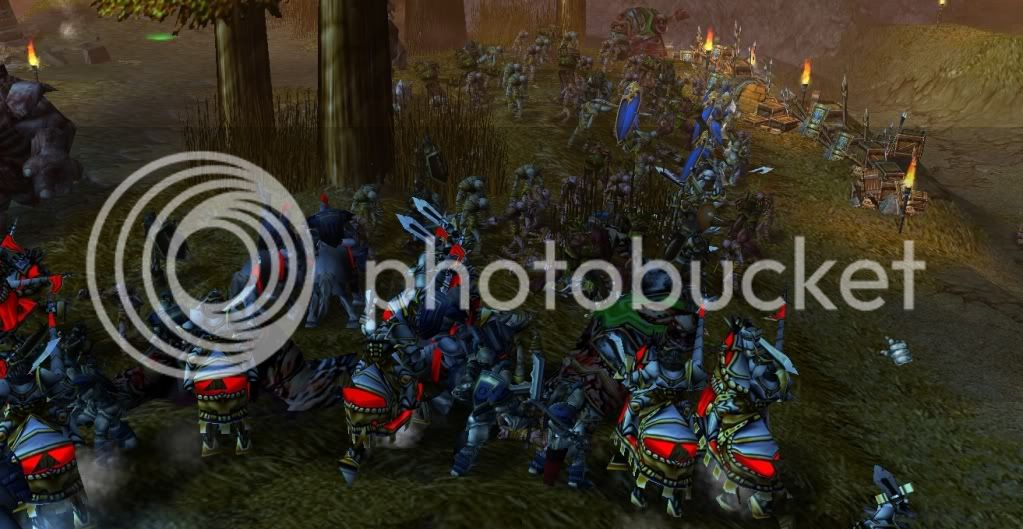 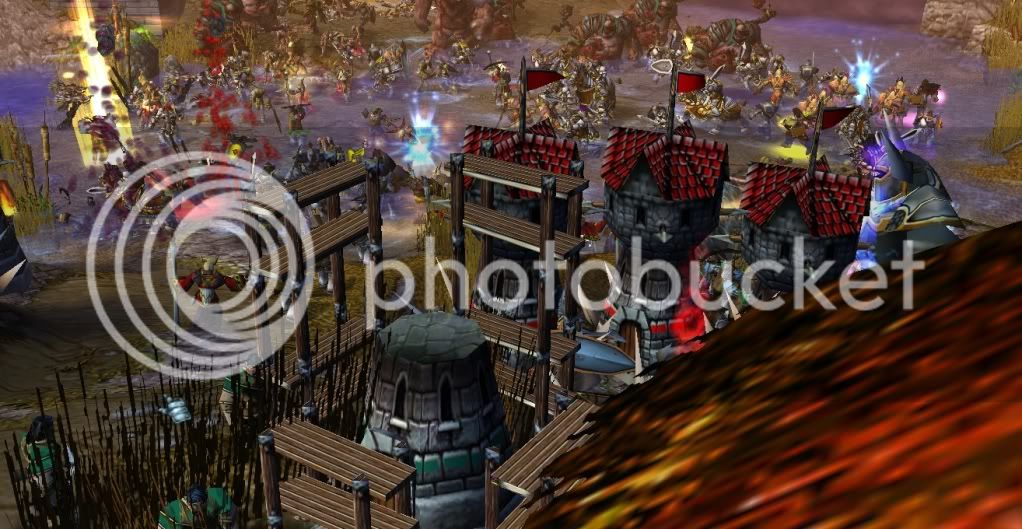 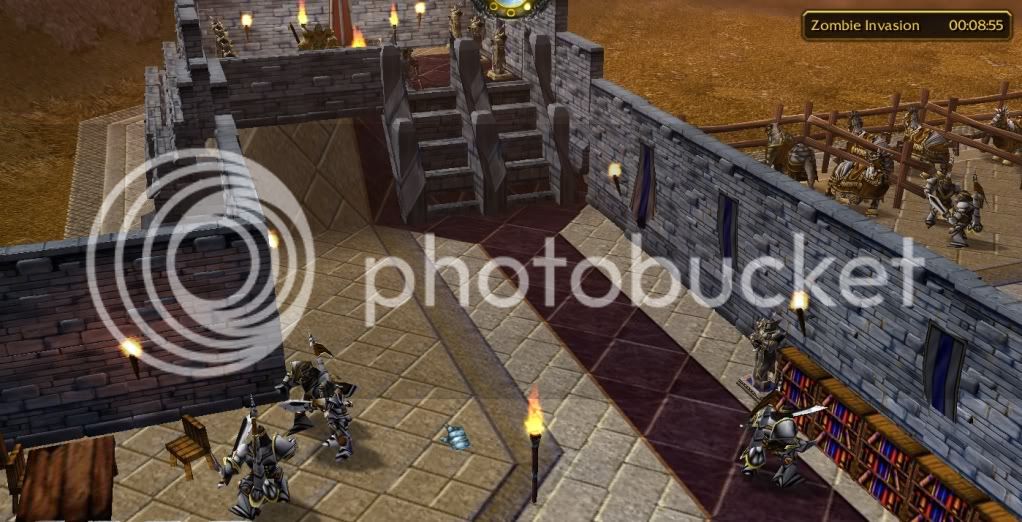 The Plague 1: The East is the Prequel to the Plague 1. It is a hybrid Offense/Defense game involving intense combat between your forces and the forces of the Undead. The objective of the game is to destroy the Hive Mind of the Undead, located at the top left corner of the map. On the contrary, your king is located at the southern capital of Ironstead. If your king is killed, you will be defeated.


STORY
It is one year after the initial infection, and the West lies in ruins. The survivors of the plague flee to the east, hoping to find refuge behind it's borders. The eastern nation still stands tall, although its king, Theseus Glacus, has only recently been notified of the impending undead invasion. He sends out messengers to all guilds and nations, desperately crying out for help. The undead are rapidly mutating to become smarter, faster, and stronger. Massive hideous creatures are beginning to appear wreaking havoc on the armies of humanity.

All while this is happening, the Palonians, a race of magic users that have long neighbored the east, has put aside its differences with the humans and has allies the east. Past tensions between humans and palonians have always been a wall between an alliance, but since the undead have appeared, the two have finally joined forces.

PATHS AND RACES
This game contains 6 races overall, and 2 paths. At the start of the game you must choose 1 out of 2 paths, either East or west. There are 3 Masteries per Path.


EAST
The Eastern Nation is currently the largest organized human civilization still standing, if not the only one. It's armies consist of large numbers of well trained soldiers. Choose this if you want to spread out across the battlefield while still maintaining strength.


PALONIAN MASTERY
Once a shunned nation, the Palonians are a group of powerful spellcasters. They can unleash massive damage from a range AND in close combat. A well rounded race, good for beginners. DEFENSIVE MASTERY
Defense Mastery is pretty self explanatory. The powerful structure upgrades make your bases resilient, and the units are all adept at holding the line. Choose this if you want to defend your cities. 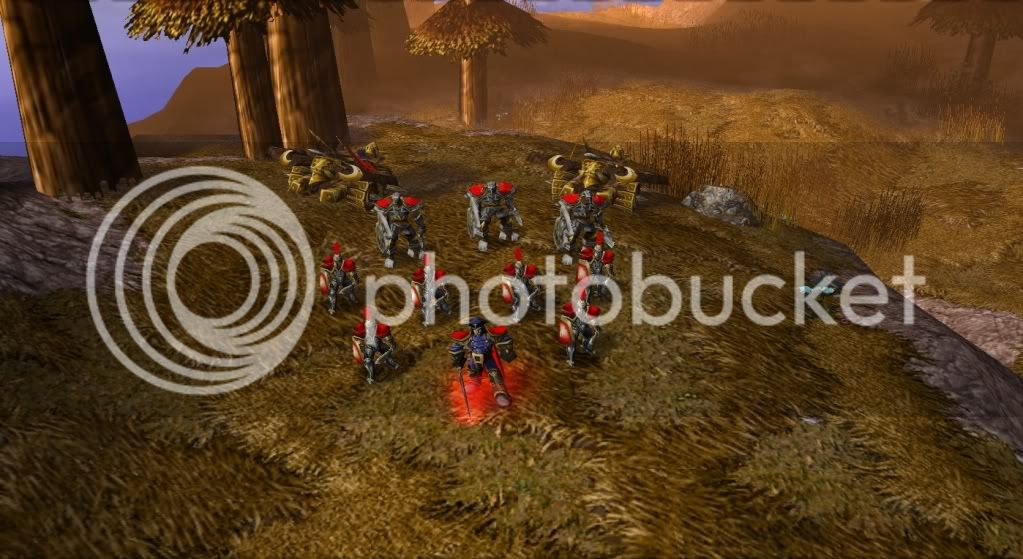 RAPID RESPONSE MASTERY
Rapid response mastery is the perfect fast attack race. All of its units are fast moving, and you are given the unique ability of mounting up some units. Although hard to play at some times, use this mastery if you want to traverse the map to get to positions quickly. 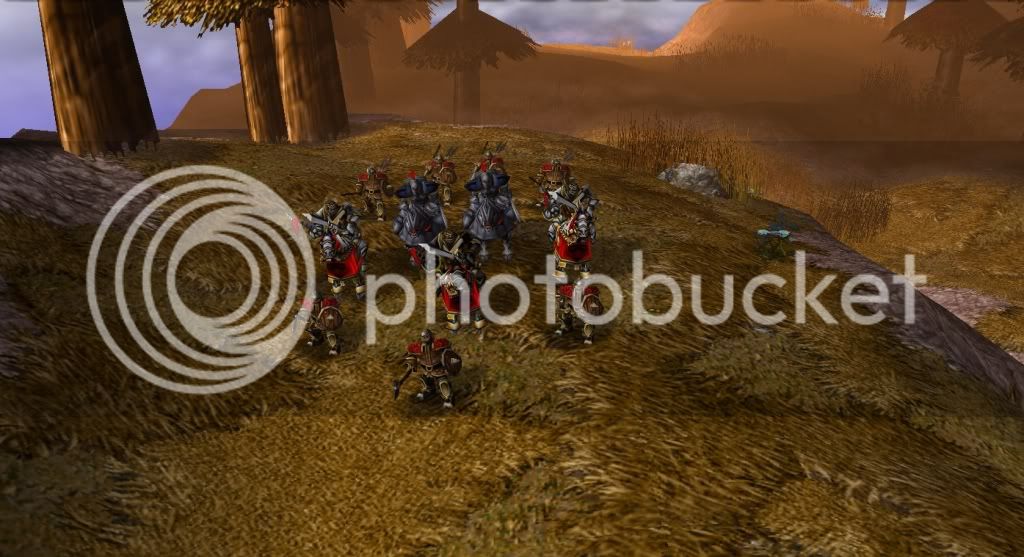 WEST
The remnants of the Western Nation are a shaken but still proud people. The infection started inside of the west, so the west was hit hard. Choose this path if you want powerful elite veteran units.


BORDER GUARD MASTERY
The elite Border Guard have once again come to defend humanity. Although their numbers are limited, the Border Guard can easily defend or attack any position. Choose this mastery if you want overall powerful units that can excel in any situation. 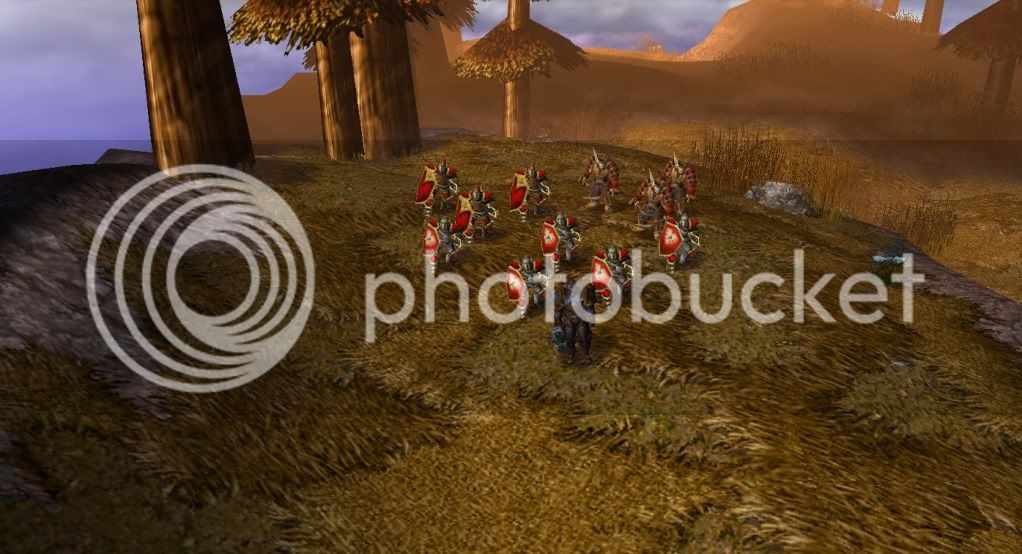 OFFENSE MASTERY
The offense mastery excels at dealing damage and killing undead before they can kill you. Although hard to play, at some times the offensive players can be pivotal to success or failure. Choose this if you want to kill the Hive mind fast, but beware of their weak defense.

PALADIN MASTERY
The paladins of the west have been long revered as the defenders of the weak. This mastery is extremely useful for its massive healing, and not to mention its powerful Inquisitors. Choose Paladin Mastery if you want to support other defenders. 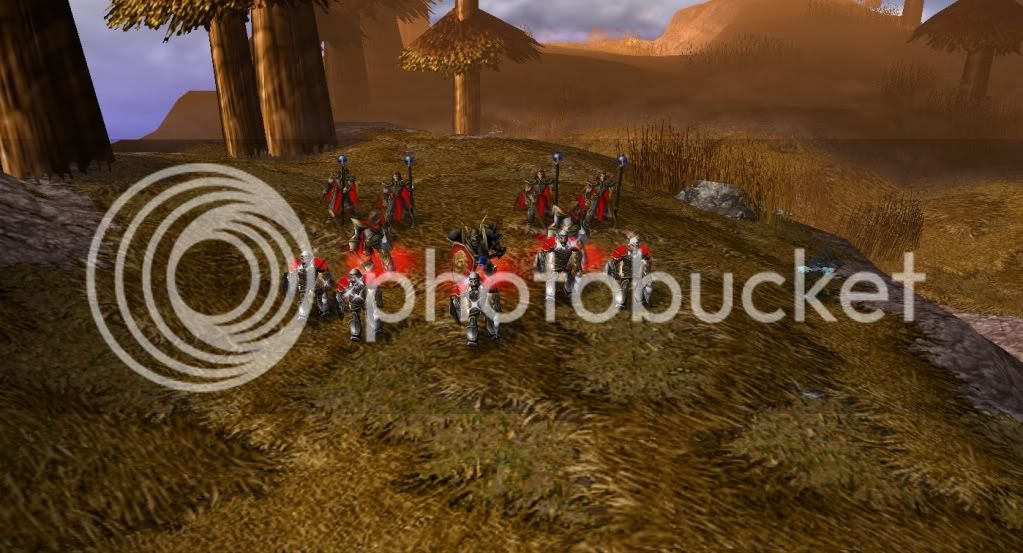 Difficulty
There are 6 levels of difficulty in the Plague 1: the east, all of which can be chosen at the start of the game.

EASY This Difficulty is chosen by typing nothing.

MEDIUM Type -medium at the start of the game

HARD Type -hard at the start of the game

NIGHTMARE Type -Nightmare at the start of the game. This difficulty is where it gets really hard. I've beaten this once.

WORST NIGHTMARE Type -Worst Nightmare at the start of the game. Choose this if you want an EXTREME challenge. I haven't beat this yet, if you beat it, please tell.

HELL Type -hell at the start of the game. Beat this, your a god. Tell me PLEASE if you beat this.


Losing and Retaking Towns
In this game, there are several towns that may be taken by undead. Losing a town is overall a terrible blow against you. Towns give money periodically to all players, and when taken the towns will spawn unique and powerful undead units. Retake the town by destroying the necropolis that spawns once the town is lost.

Sewers and the graveyard
Scattered throughout the towns are sewers. Shortly after the invasion begins, Sewer Dwelling zombies will spawn periodically at sewers. If you do not defend the sewers, it is more than likely that the town will be taken over.
There is also a graveyard which will spawn undead. You must hold this as well.

Mountain Passes and Roads
On the edges of the map there are roads leading out to other nations. After a period of time after the initial undead attacks, they will spawn large undead armies periodically. It is essential to victory for you to hold these towns.

Bosses
Bosses will spawn after some time. These powerful undead units are able to wreak havoc among all humans, and it is pivotal that you destroy bosses as soon as possible. Bosses also drop valuable loot that can turn your heroes into powerful defenders.

It has been a while, and I apologize for leaving any of those who wanted an update sooner in the dark, but I had some serious personal issues that came up that required me to delay Warcraft 3 map making indefinitely.

The update isn't nearly as large as I said it would be, but it still is the biggest update yet.

Once again I am sorry for not keeping up with my responsibilities.

Expect this to be the last update.

-Added many new skills for units

-Completely redid damage tables for a more clear view of counters
-All heroes are now roughly twice as powerful in early levels
-There are no longer farms. Food is provided from towns, and the food limit is 60
-Heroes can now use up to 3 rare or higher items
-Many units have had their damage/health/armor changed
-Bosses now come quicker
-Demon Lord Valith now has a new ability
-Single Target spells such as invoke flames have been nearly doubled in power.
-I'm sure I've done more, but I don't have the memory to list them

-Added a bunch of new random items
-Added A new "God Mode" Difficulty
-Added abilities to the Palonian Mage and Apprentice
-Buffed the Offensive mastery overall
-Changed around an event so that it is more balanced
-Buffed Heavy Axemen
-The Defensive Tactician now can be made at Tier 2, he is also more powerful

-Increased the size of walls around the capital
-Added new random item drops.. including one that is a MUST see. Keep farming.. when it drops you'll know!

-2 New heroes, 1 for the east, and 1 for the west
-Changes in balance for many masteries and races
-A new boss for the undead
-Randomized loot from undead
-Several Bug fixes.
-Increased the food limit to 60


There may not be any more versions, but if I plan on adding more it will go here.


I hardly play Warcraft 3 anymore, but in the rare case that I am online, message Cazeoj on Azeroth (US East).