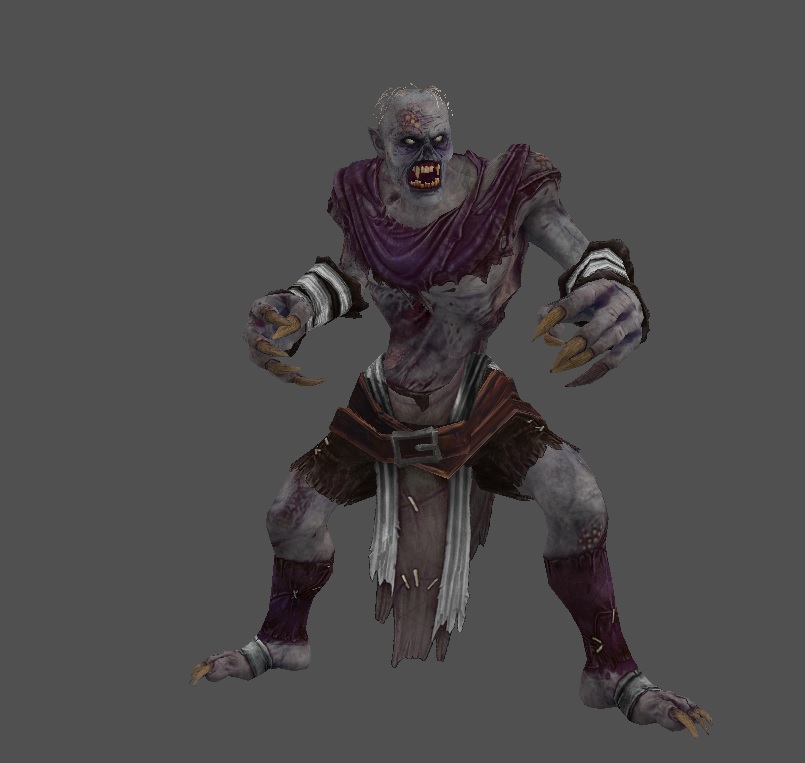 This bundle is marked as pending. It has not been reviewed by a staff member yet.
View usage Statistics Legacy download
Reactions: Fugrim, khang2000, Flinn and 1 other person
I'm developing a Vampire - The Masquerade game for which I need custom models, and I believe this one may be useful to some of you.


The model: It's basically a retextured and thorougly reanimated zombie, with portrait, hero glow and slight model alterations (like bigger fangs or pointy ears). In game, it looks fairly different from the regular zombie despite sharing the same model (albeit this looks better with 1.3 scaling). I really liked the base model for it, so I didn't alter it much (though I'm considering adding a cloak or pauldrons).
The texture can be used for replacing the regular zombie as well, if you want a less descomposed/grayer look.
Comes with custom icons.


The background: Vampire - The Masquerade is a tabletop RPG, similar to DnD, from White Wolf Publishing. It's set in the World of Darkness, a dystopian version of our universe where vampires, mages, wraiths, werewolves and other creatures roam hidden from mortal eyes. The main purpose of Vampire is to maintain the "masquerade", which is to not let people know of the existence of vampires. My game aims to recreate this RPG as a Diablo-esque RPG.
(The drawing at the end is property of White Wolf Publishing. This is what I aimed to achieve).


Nosferatu: The name of the model comes from one of the playable "clans" of Vampire - the Masquerade; which, in turn, comes from the film Nosferatu: A symphony of horror. This clan of Vampires are cursed with utmost ugliness, but they have innate stealth abilities in turn.


The game: The game is still in the earliest alpha stages, as I still need a group of collaborators to help me do it. If anyone is interested, PM me. 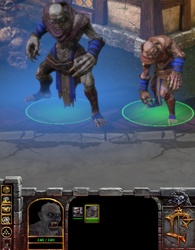 Tools 1 Reforged HD Models 16 Reforged HD Skins 3
could be used as a nice base for Wretched/San'layn custom models, nice!

It might be very useful for many people included me. Thanks a lot for this sharing and this good work, 5/5, it is looking great
I like claws, showing the dangerosity of the zombie kind on that model! Plus, nice icon going perfectly with it!

Reforged HD Models 3
Any Undead is Useful especially a well made model such as this, looking forward to more Deadites.

Glory to the Scourge!!

Thanks for your comments!

very good.
could you add weapons and armor?
It would be very useful as units of the forsaken by sylvanas

Reforged HD Models 23 Reforged HD Skins 1
WOW such an ugly bastard...I love it!
Thank you for your work!
You must log in or register to reply here.