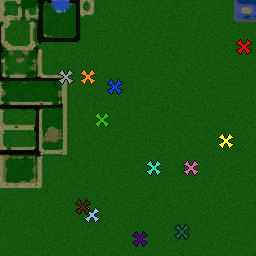 Maps 3
Ok the creator are written above
If you have any ideas for the map go to
http://shinobirivals.ucoz.com/
to tell us of your ideas

Maps 10
Nooooooooo it appears the idea of a Naruto Mini Game Map has been taken, anyways, it doesn't seem that good so far but definately has potential, yes there are imbalances, many, many imbalances but you guys can fix those with just a little bit of work, the biggest one I've seen is Kisame's ability to kill 6 people with his grand water technique. The modified stampede I mean. Also, while playing deathmatch the game ended before all my enemies were defeated, however I still ended up winning.

Maps 1
You know your trigger has like advance, but your map is needs improvement, use the picture. Like picture of Naruto.

I like your mini-games.
good luck your future.
You must log in or register to reply here.