Maps 1
So, I've been registred on this forum for around 4 years now but I haven't said anything during this time. All I've been doing here is browsing through all the resources and stuff like that x) I think the reason why I registred an account 4 years ago was to rate one map a friend of mine had uploaded here, haha

But anyway, I felt like I had to introduce myself. So here I am, the name is Samuel and I'm from Sweden. Friends in real life have preffered to call me Wazte sometimes. I don't really know why. They say it is because of that Wazte is easier to pronounce... lol.
I'm a happy and creative guy who loves good feedback for the stuff I make such as Youtube Videos, Songs I write, Resources I create, and everything! The only things that pisses me off is when I discuss poltics with ignorant people and when other teenagers complain about my music taste.

My interests are Gaming, Music, Roleplaying, Science, Jalapeños, and orientation. (I don't know if orientation is the correct word but I guess you know the sport where you are out in the forrest running after control points )
My favorite games are Mass Effect (1, 2 and 3), Warcraft 3, Team Fortress 2, and Garry's Mod at the moment but I think RPG Maker VX has to be in that section aswell.
When it comes to roleplaying I use Warhammer, WoW RP Private Servers, Warcraft 3 (SotDRP and Titan Land), living roleplays, ...and I guess there's more I haven't thought of right now.
When it comes to music I preffer the heavier stuff like Metal, Punk, and Grunge, but there is always good music in every genre. I am a musician aswell and I play Drums, Guitar, and I sing sometimes. Right now I'm the drum guy in a local punk band but me and some other friends have thoughts of starting a grunge/metal band. With me as a "mystery" guitar man

Now I don't know what else to tell you. I always suck at these introduction threads but... It's something :O

Oh well, xD I'll try to keep that in mind next time

Wazte said:
The only things that pisses me off is when I discuss poltics with ignorant people and when other teenagers complain about my music taste.
Click to expand...

soooo... people who dont agree with you? 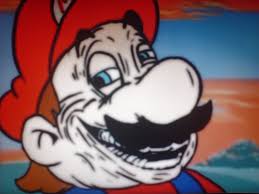 twat said:
soooo... people who dont agree with you?
Click to expand...

Exactly! Actually they might not be ignorant but I just keep fighting and never accept their beliefs xD
You must log in or register to reply here.

I
So Far Away