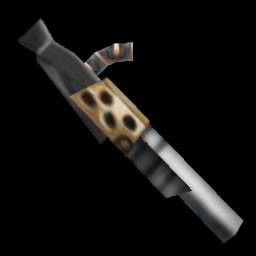 How do you attach this to marines?

Maps 2
How To Attach Gun!

megamanx52 said:
PLZ PLZ PLZ tell me how you attach the gun to the model(s)

How to: Attach a Model or an Effect to a Unit provides complete, detailed instructions.

Models 2 Skins 1 Maps 2
IN ORDER TO ATTACH THESE

Go to Abilities, make a NEW custom ability, then for the base ability, use item armor bonus, then...

Remove ALL the bonus's

- Go to attachment points
- Type Weapon as the first string, and right as the second string
- Find the Target variable, and put the weapon model as the target (you must import it and restart the editor first)
- Now, find the marine unit you want to hold the weapon, and give him that ability as a natural ability

Now hes holding it, for the Effects/Sounds you have to use triggers

To find sounds for these guns, I recommend opening the map Curse of the Lost City 4.0 from epic war and using the gun sounds.

Icons 1
If you turn this gun upside down then it looks like L85A2
You must log in or register to reply here.