Models 11
This is a small preview of the starting area of an as of yet untitled single player project. Needless to say, this is an early alpha, and everything is subject to change. 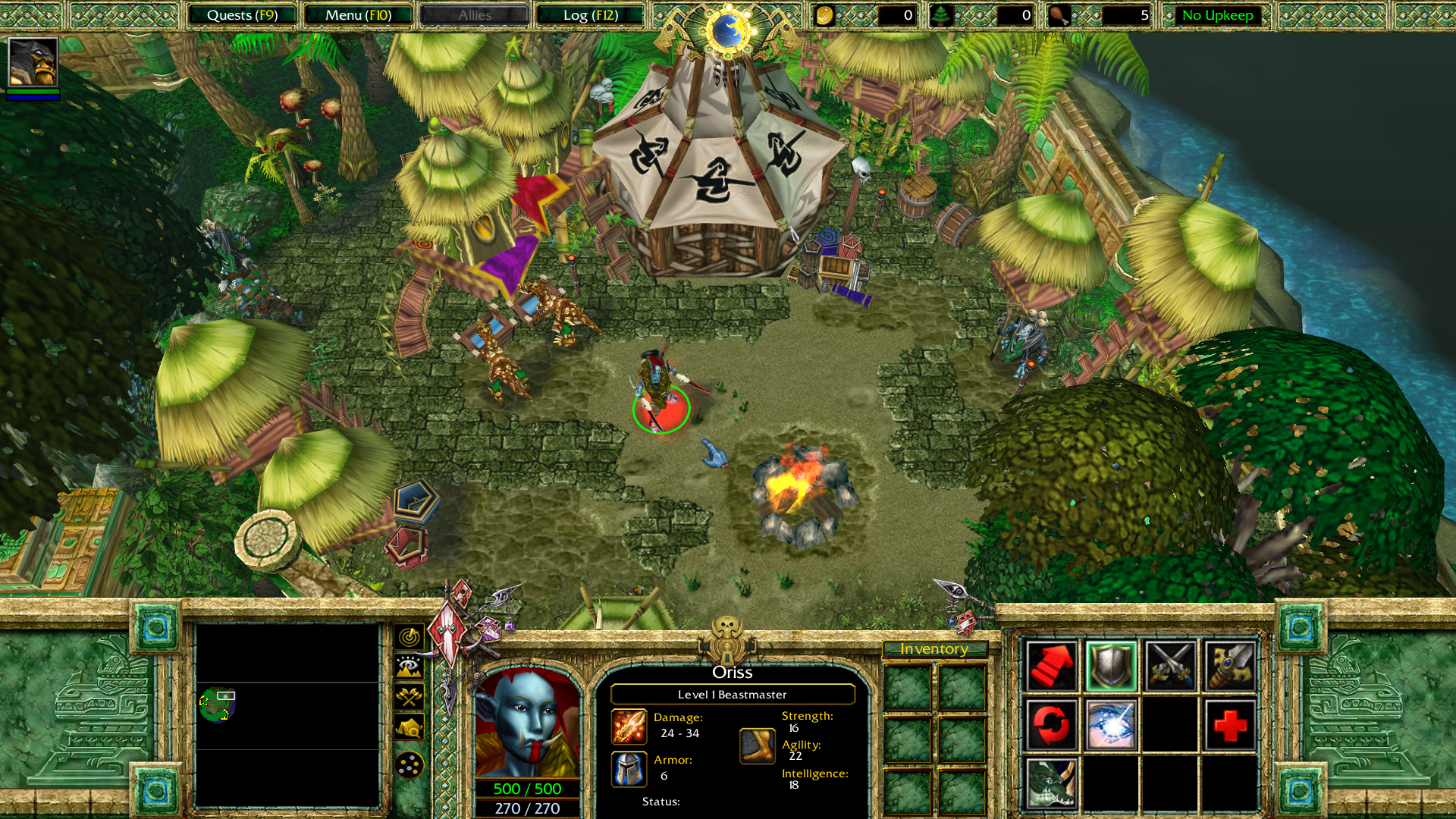 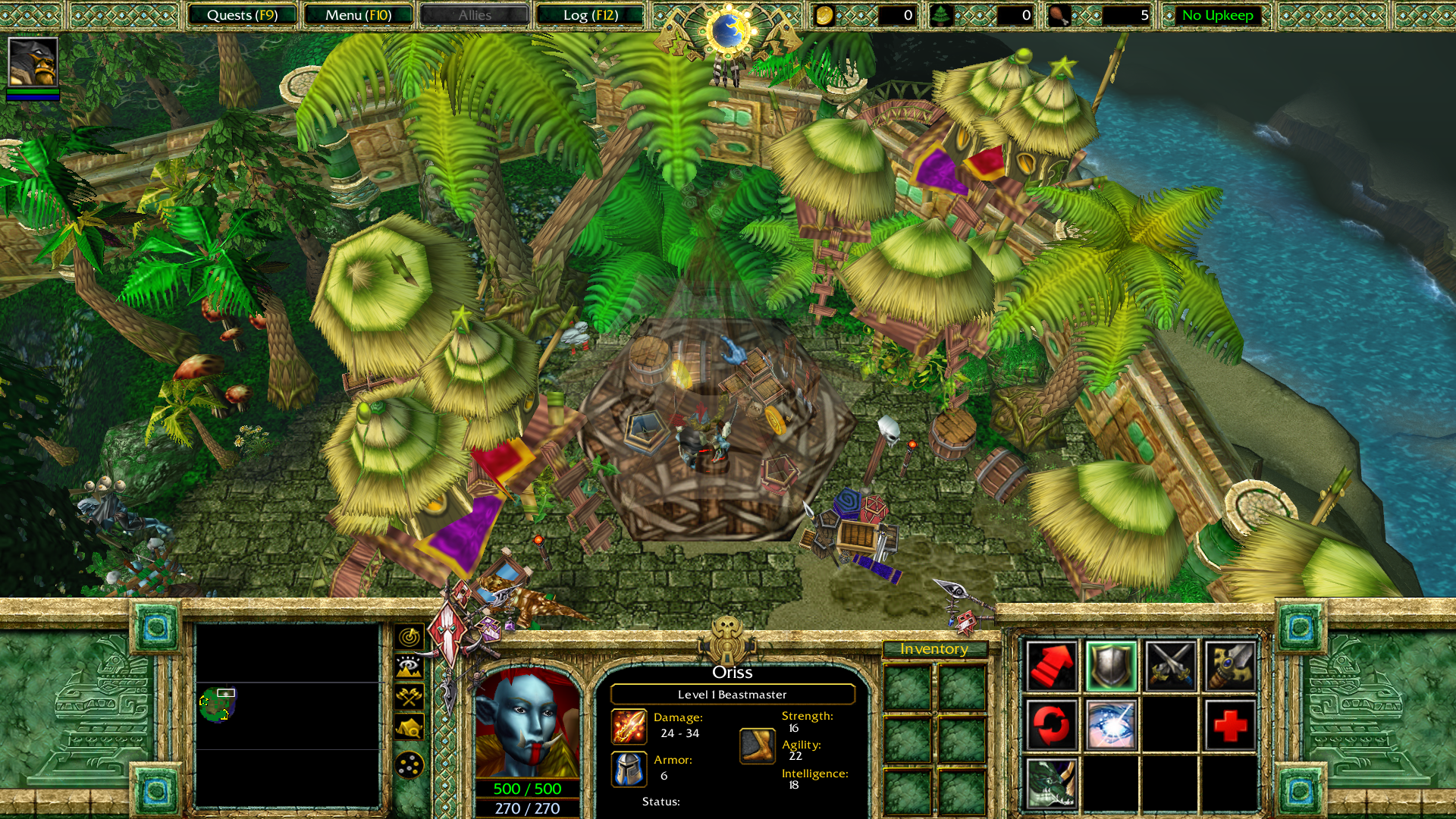 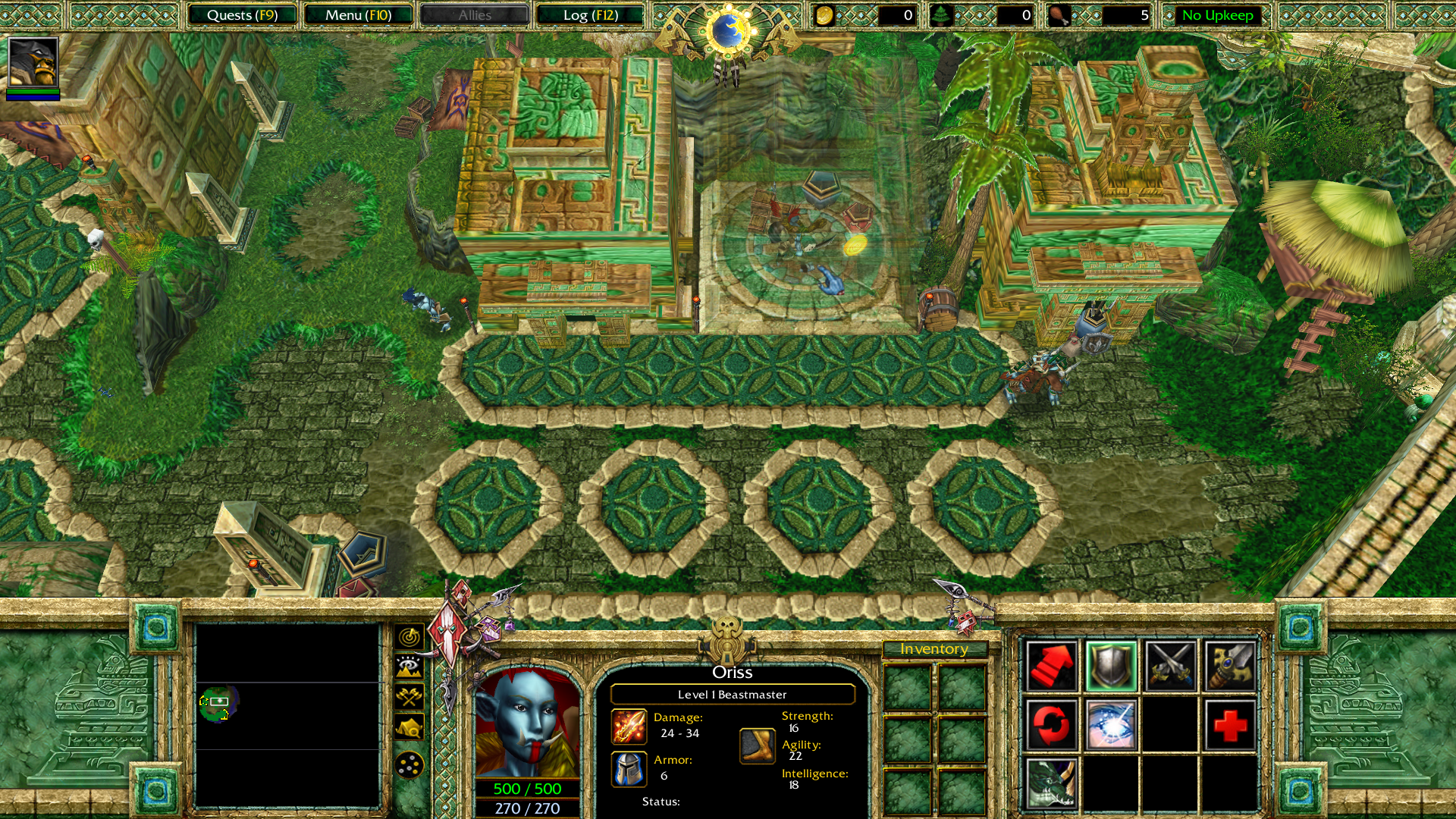 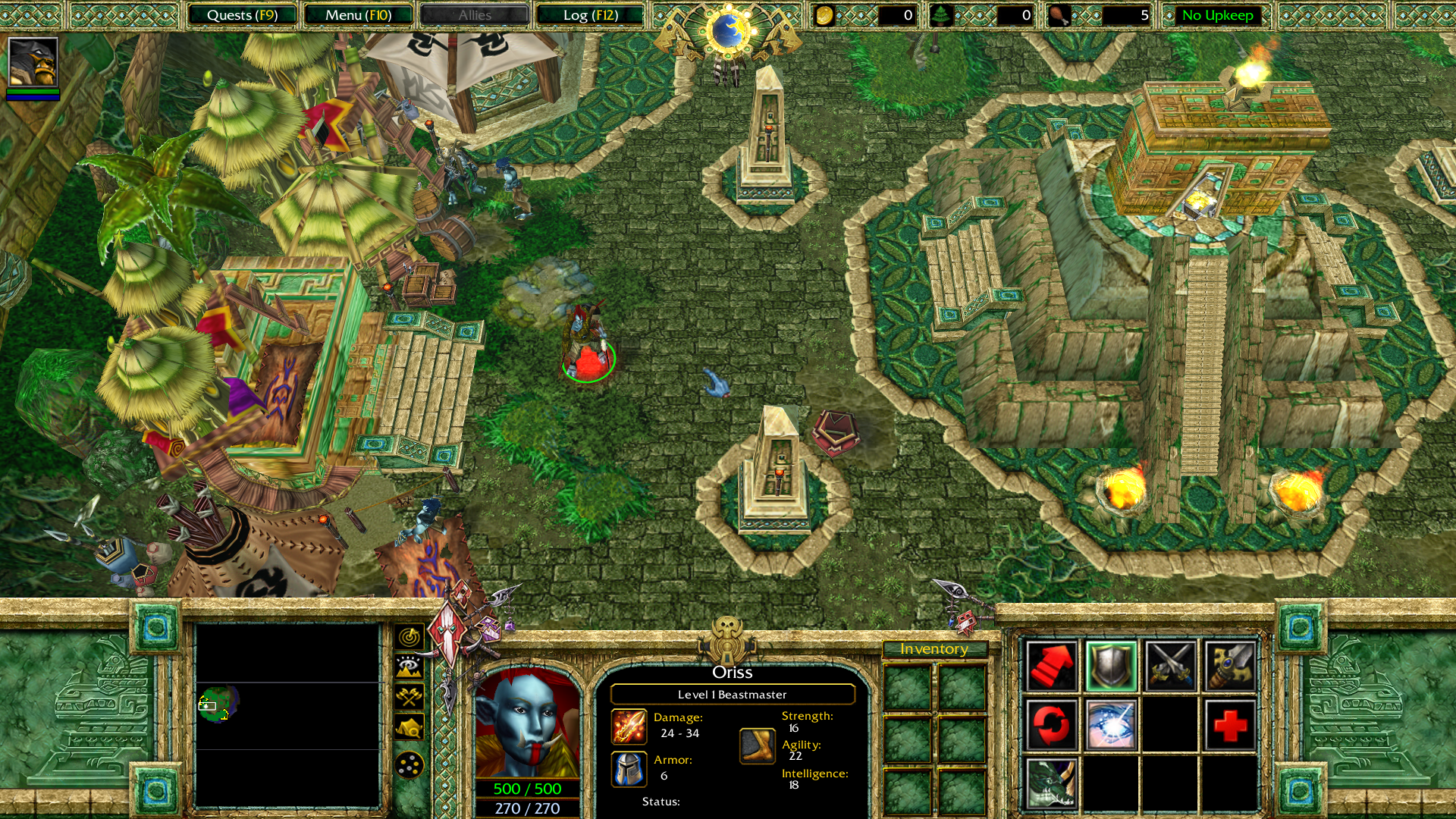 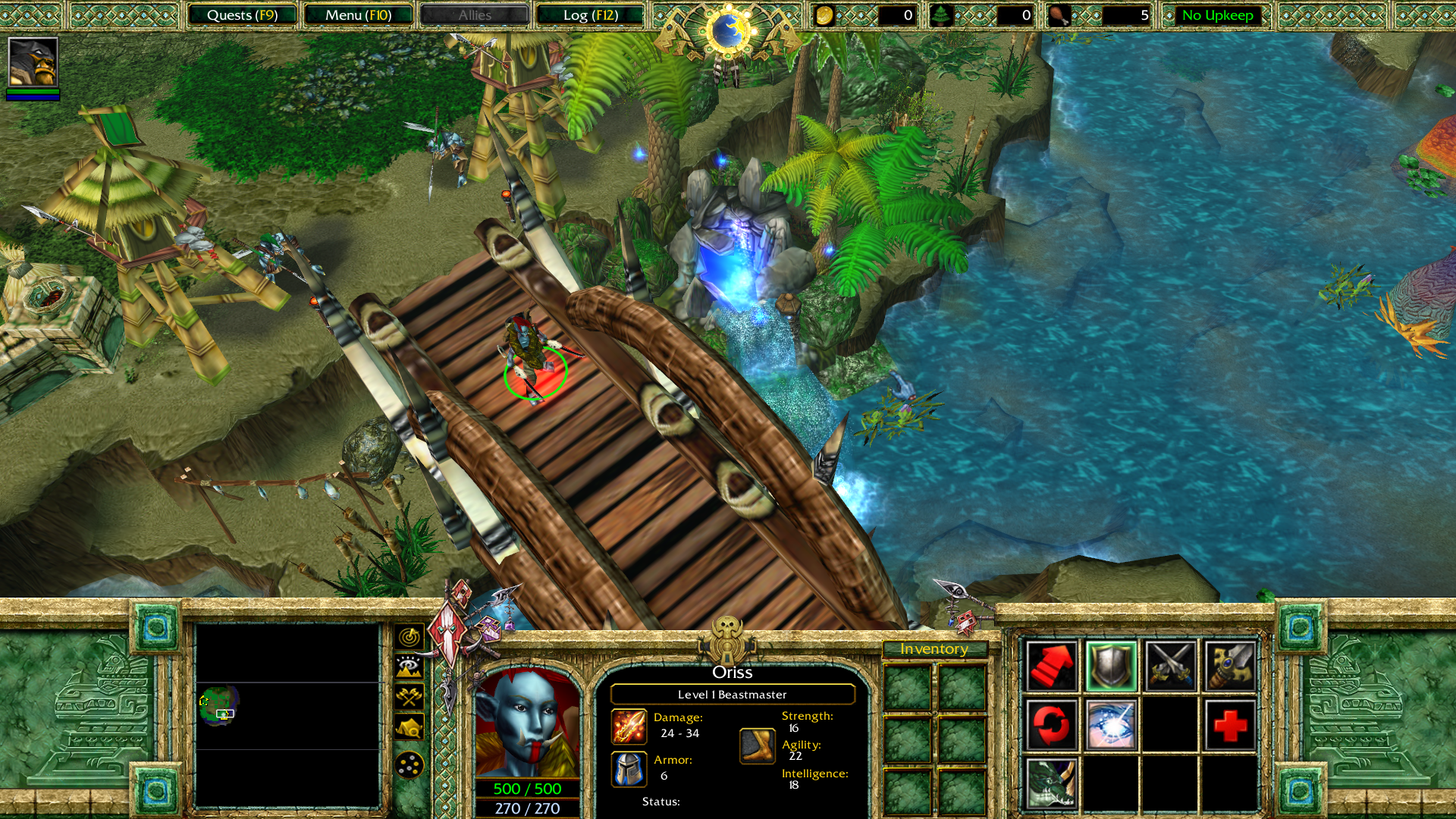 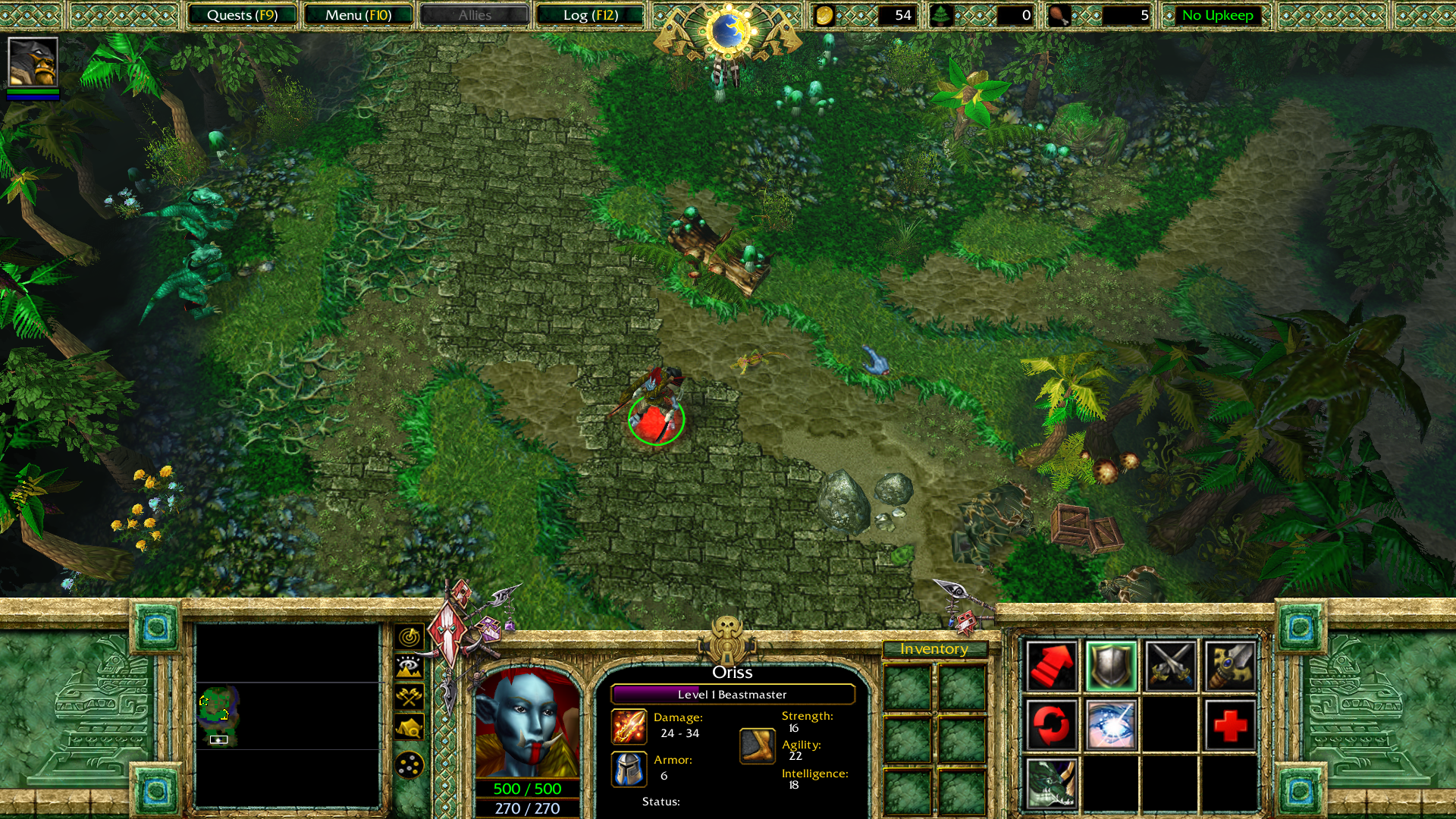 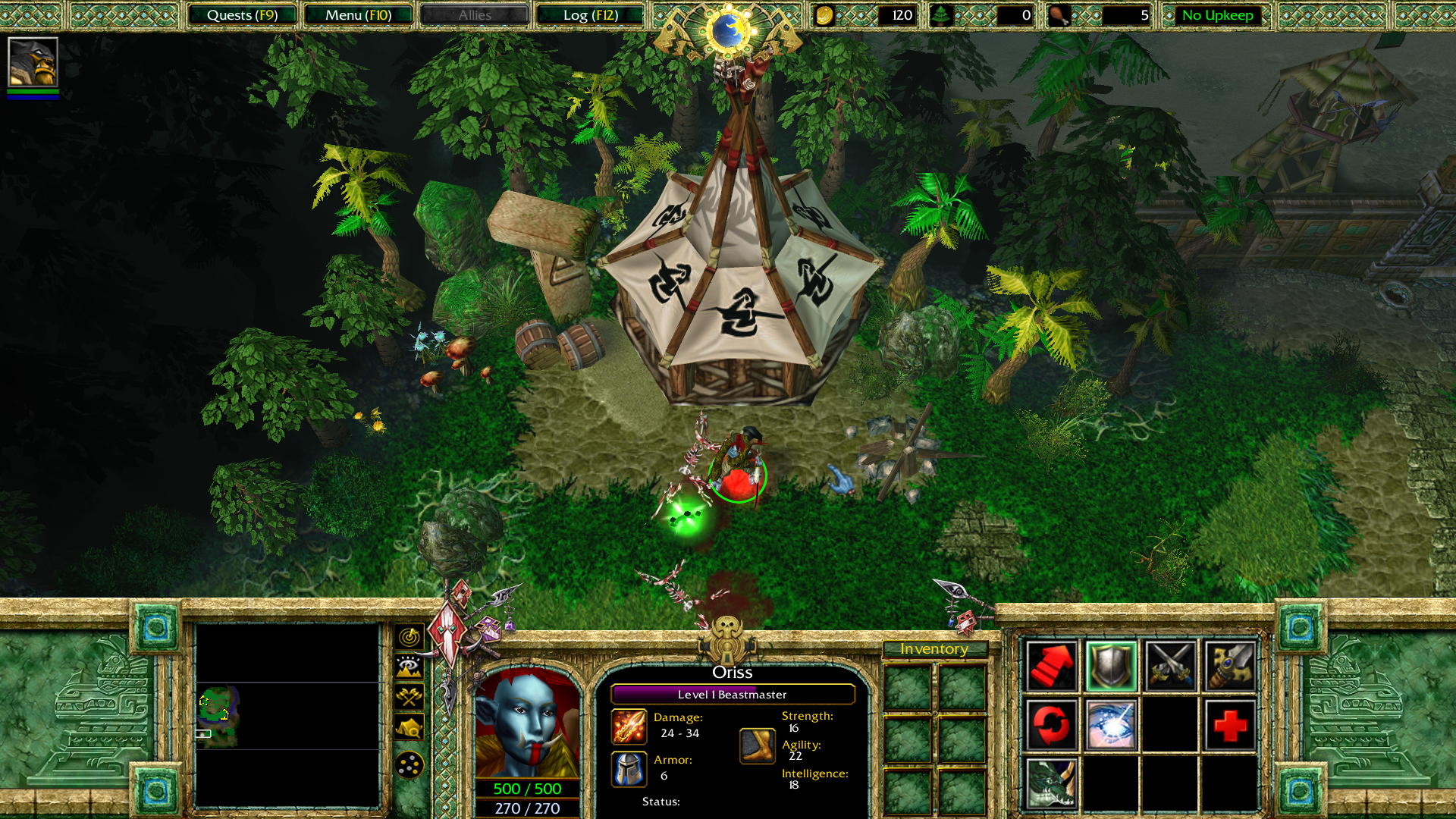 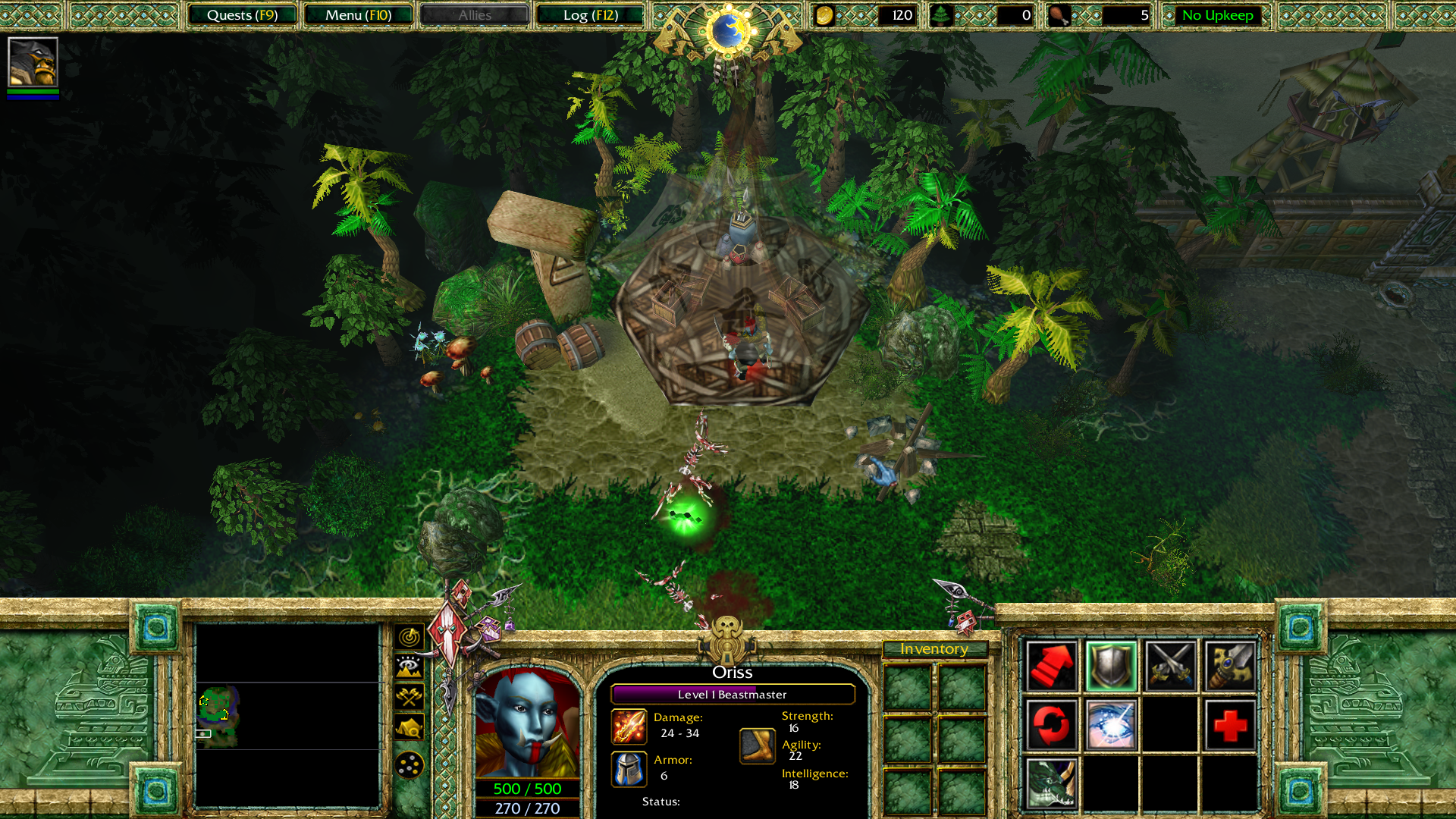 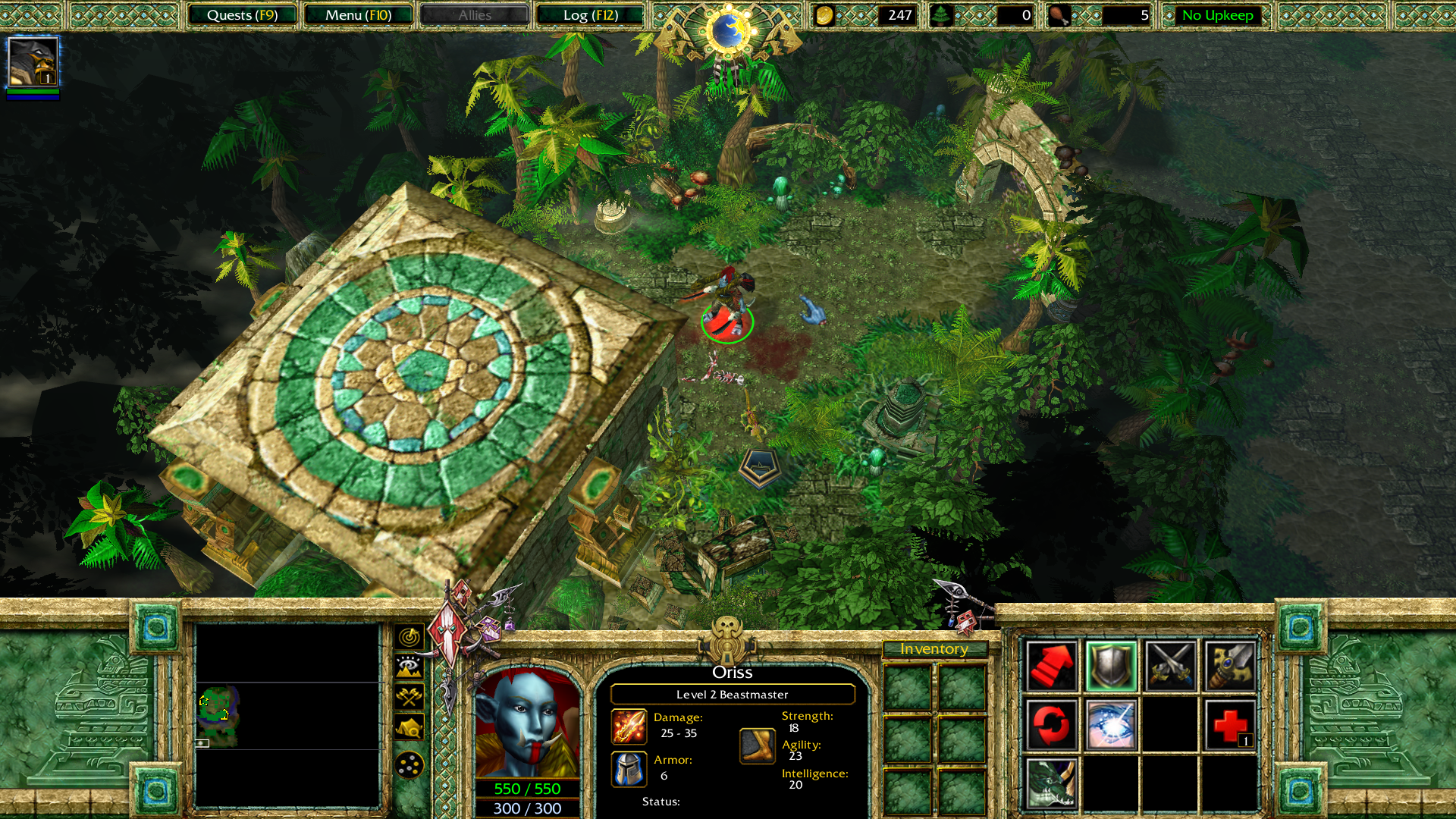 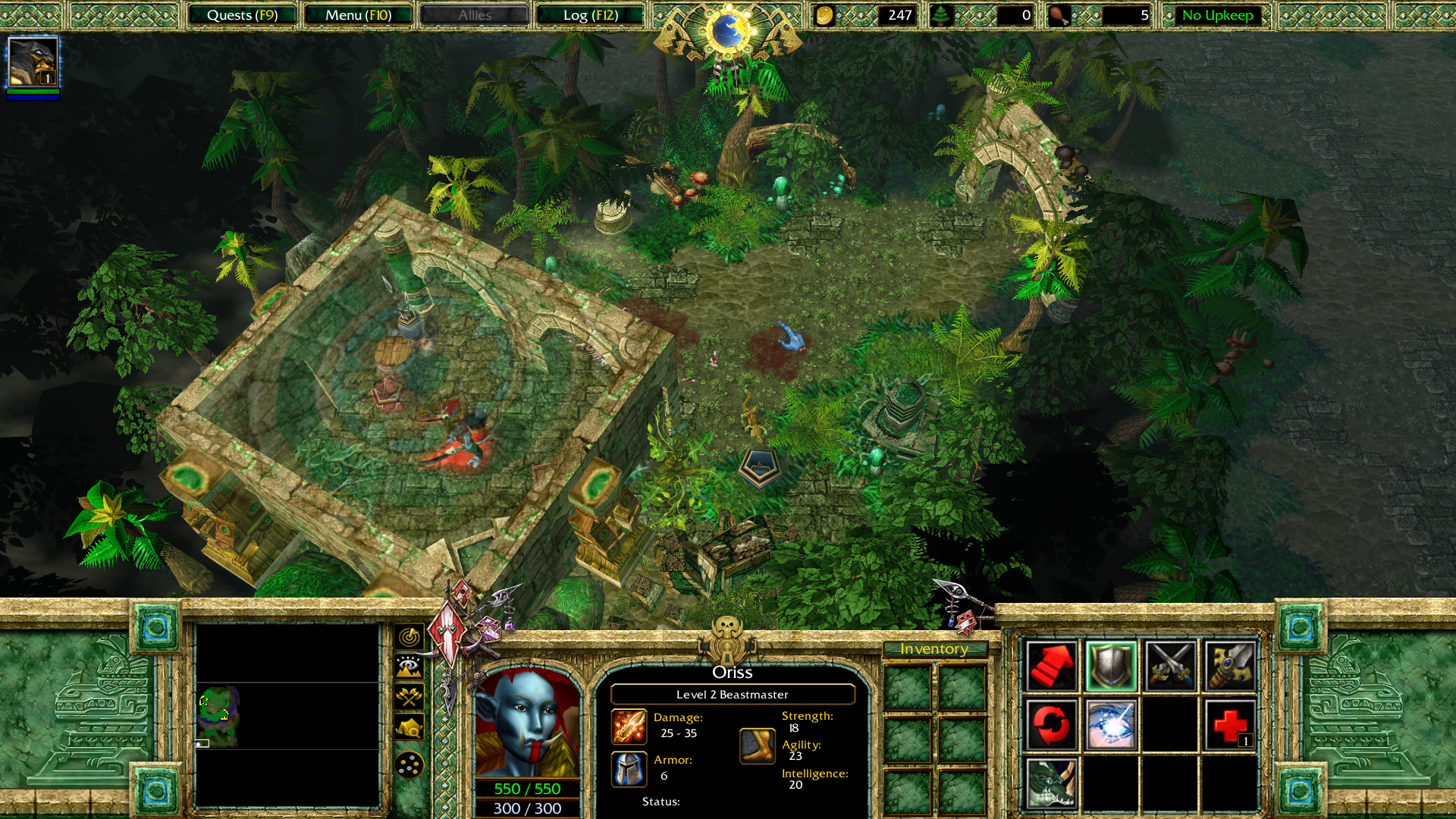 You are indeed a welcome sight. Looking good! portraits that nice vanilla feeling!

Models 11
Thanks! I was surprised at how little troll content there is in the single player department, but also motivated. This project draws inspiration from minds like Tommi Gustafsson and Med. MapGuy who've made some of the most influential custom gameplay I've enjoyed over the years.

I'll be updating this thread as I move development along.

Speaking of - this is a proof of concept. Using a pre-made terrain screenshot on top a custom sky texture as part of the skybox to create an illusion of depth in the scene during low-angle camera shots. This village is at the edge of the map in what is supposed to be a mountainous region, so it felt out of place having it against a pure sky backdrop. The texture is a placeholder, merely 512x512 at this point, so that will be appropriately upscaled in the final product. 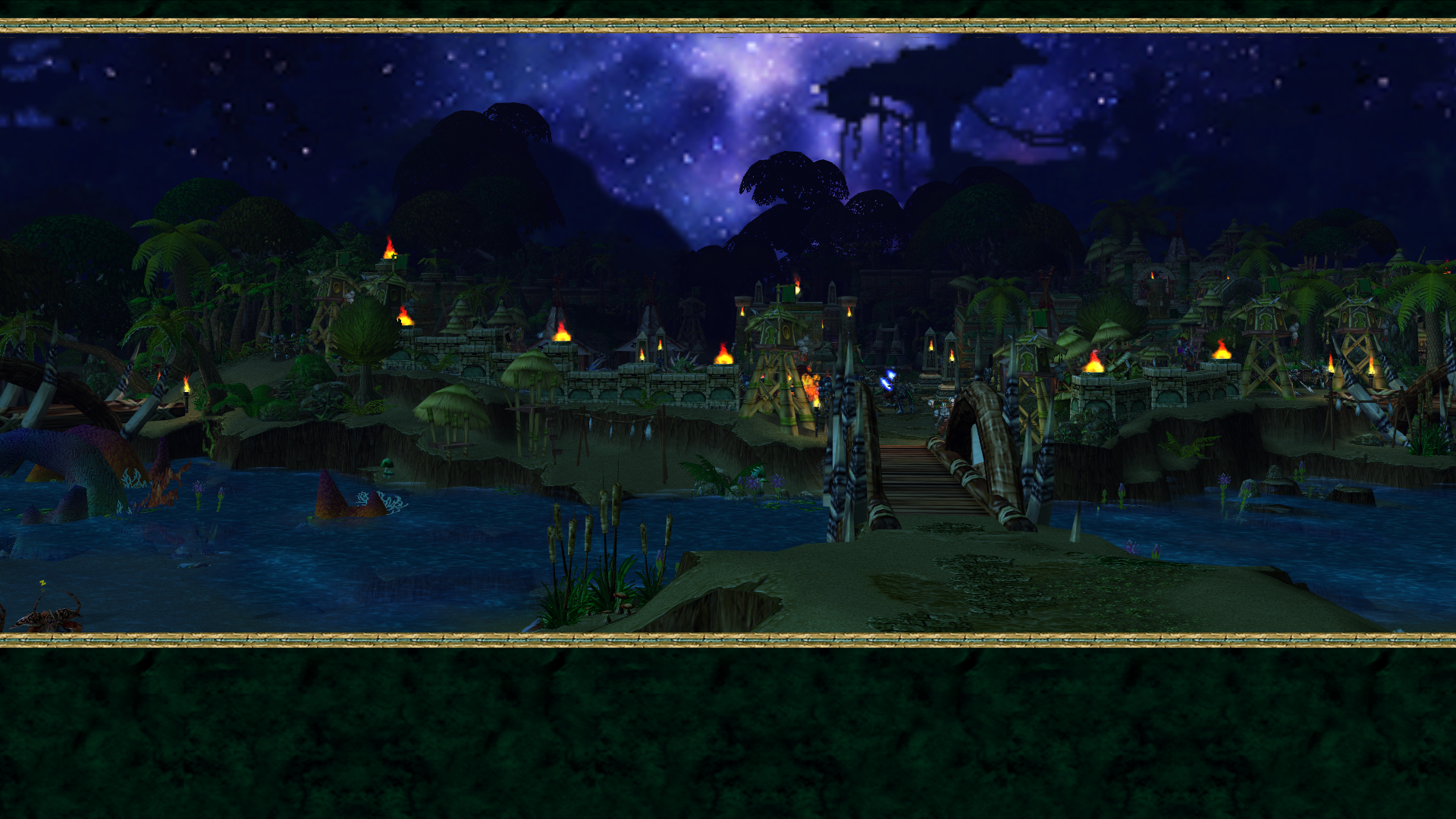 Models 85 Icons 5 Packs 2 Skins 1 Maps 1
That is a really clever idea, I like it. Adds an incredible amount of depth.

Models 11
More on the custom skybox/backdrop. Upscaled the texture so it doesn't look blurry and pixelized. Initially tried tinting the backdrop manually, but it seems to blend in better by simply matching the fog colours being used in the particular scene. 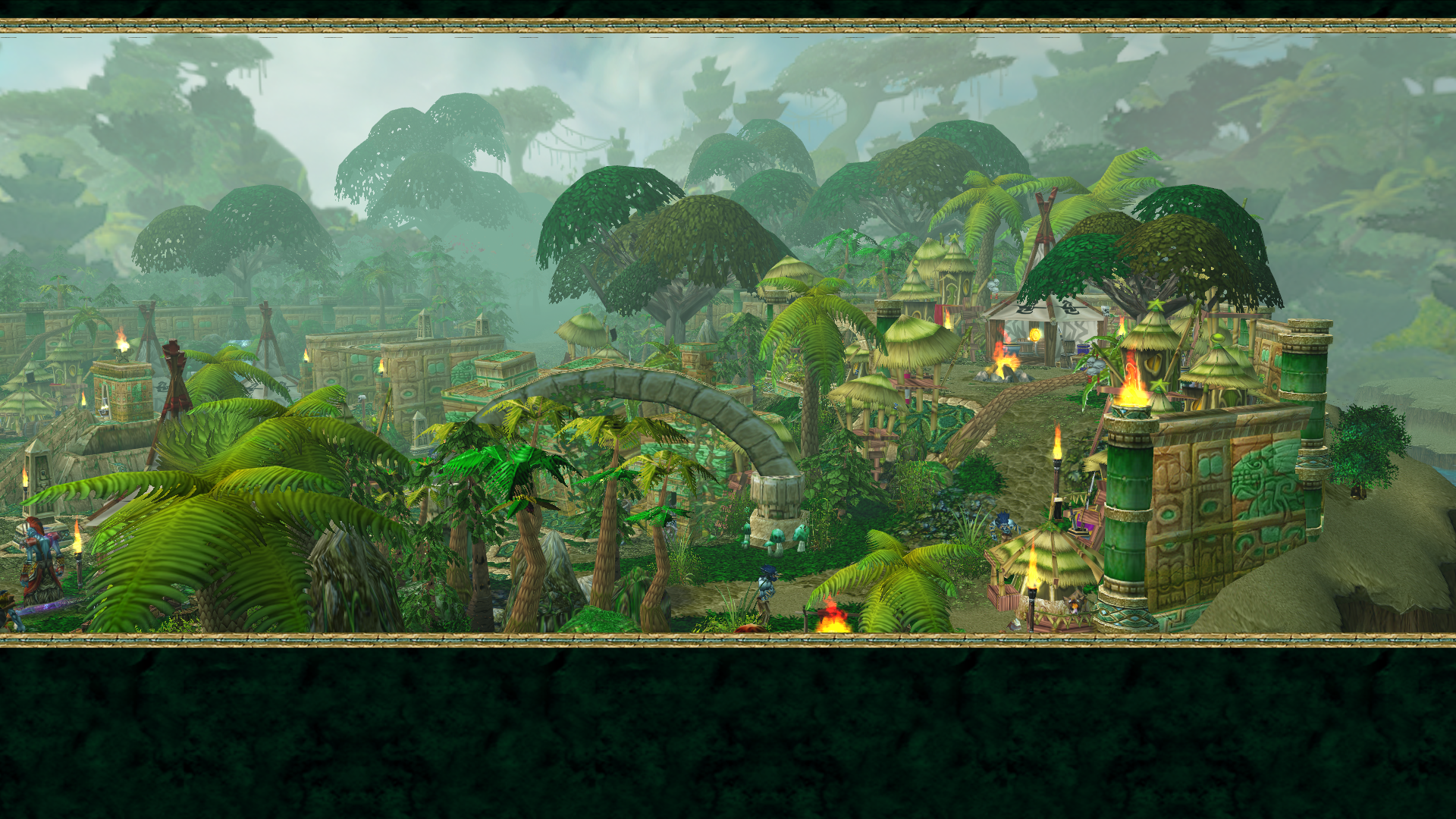 Making the backgrounds seamless was an interesting challenge, due to the higher level of detail than your average skybox.

Models 11
Updates. More from the areas surrounding the starting town. All part of of the map's first of four sets of quests. 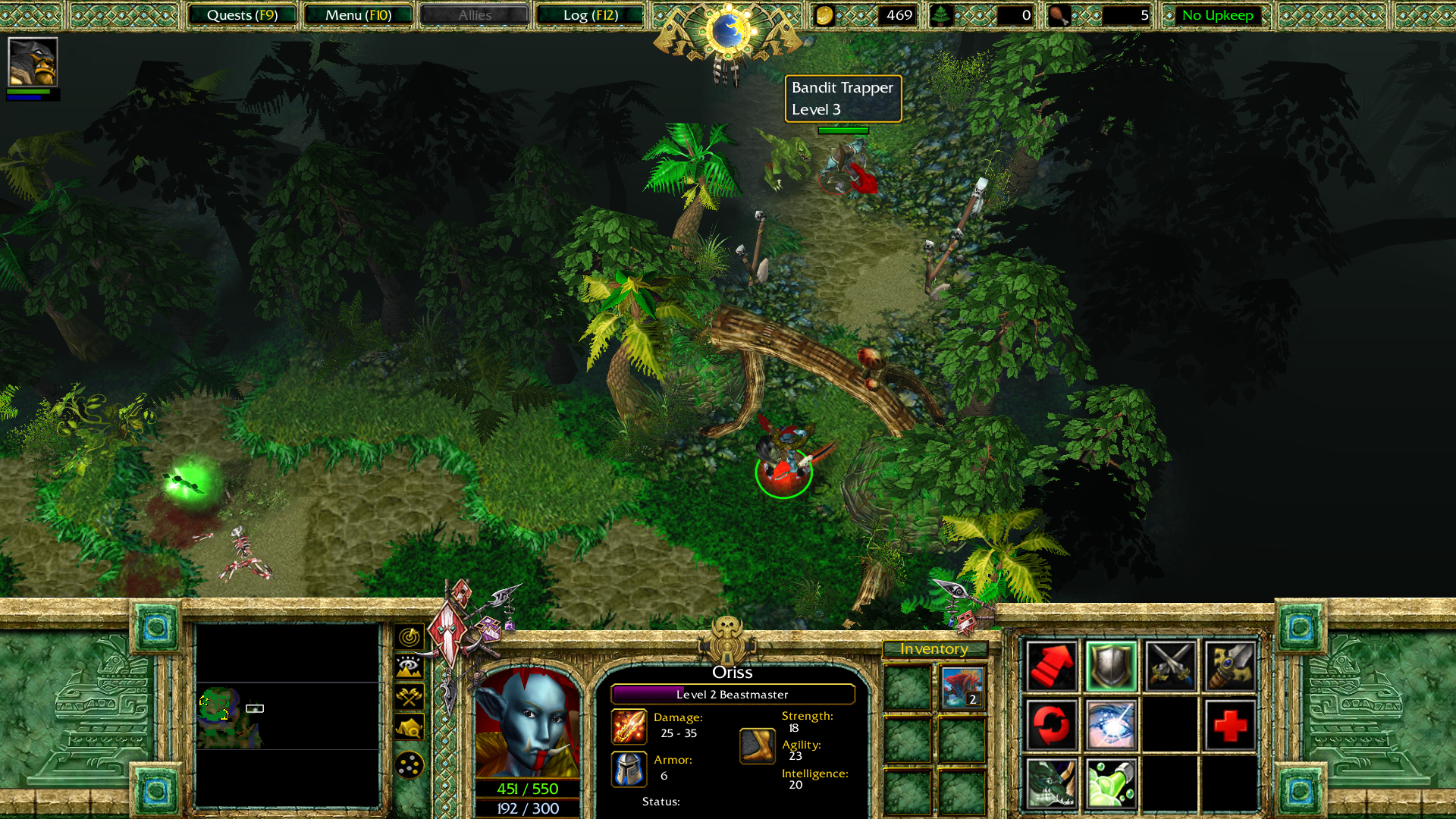 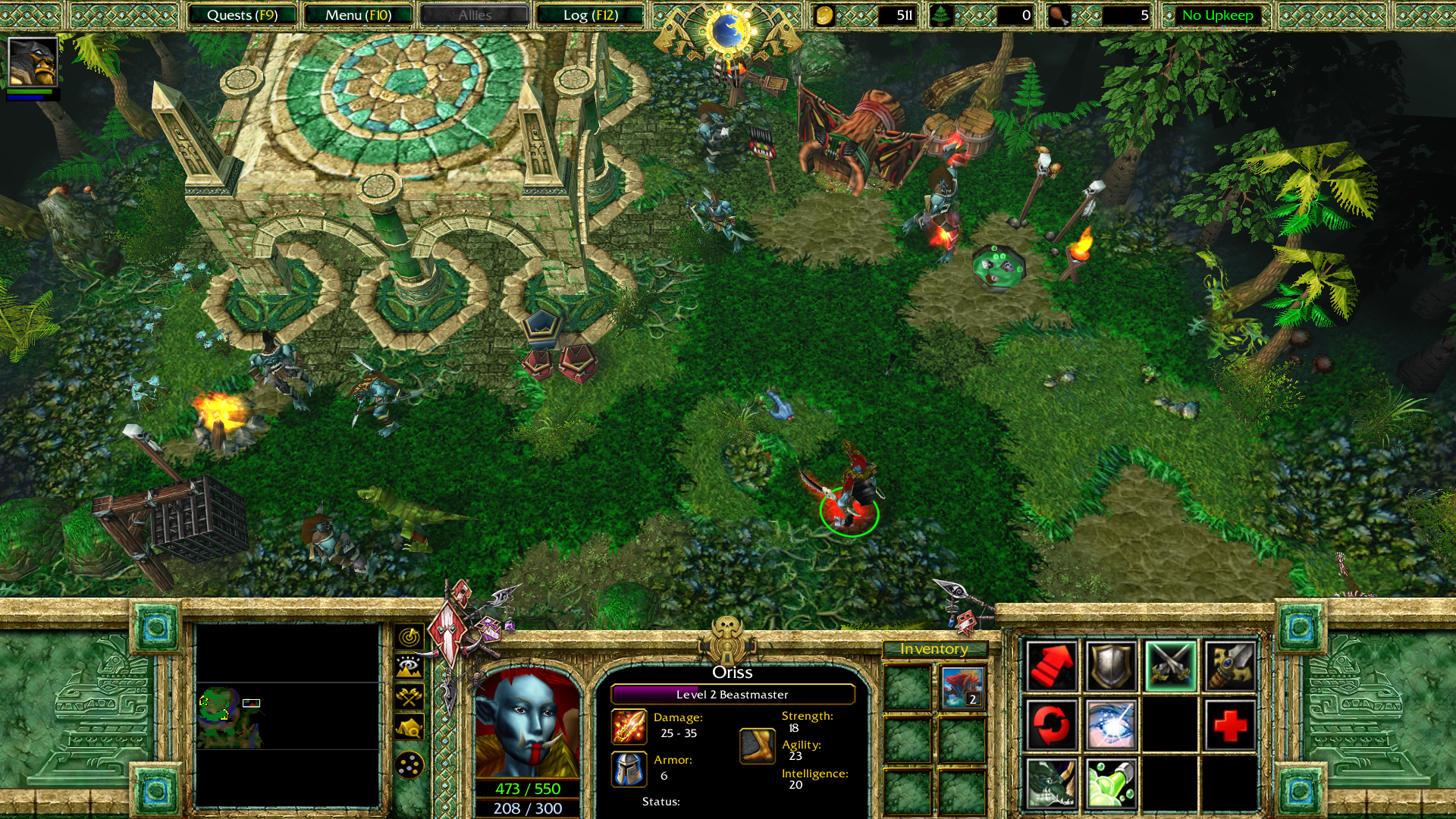 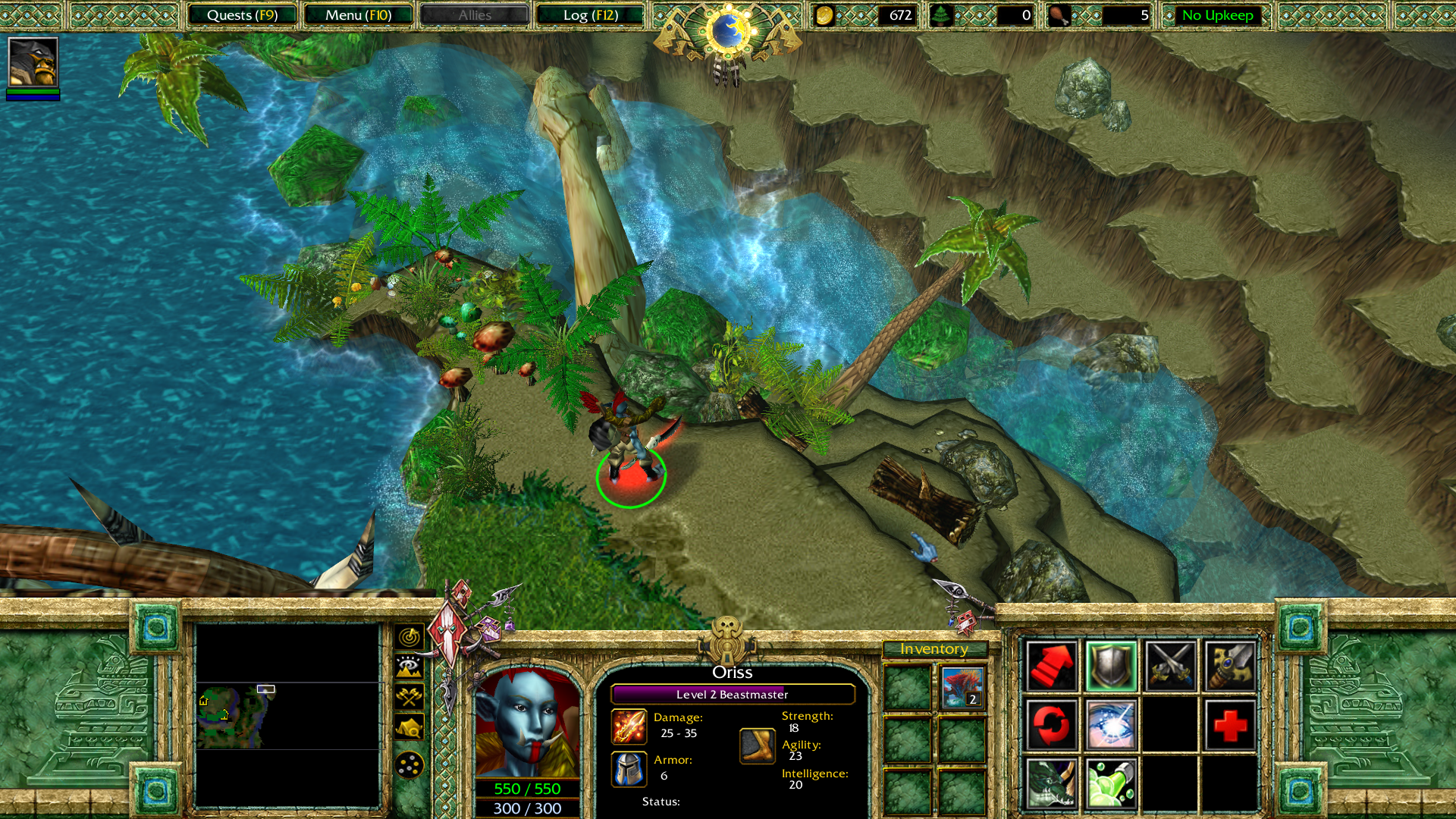 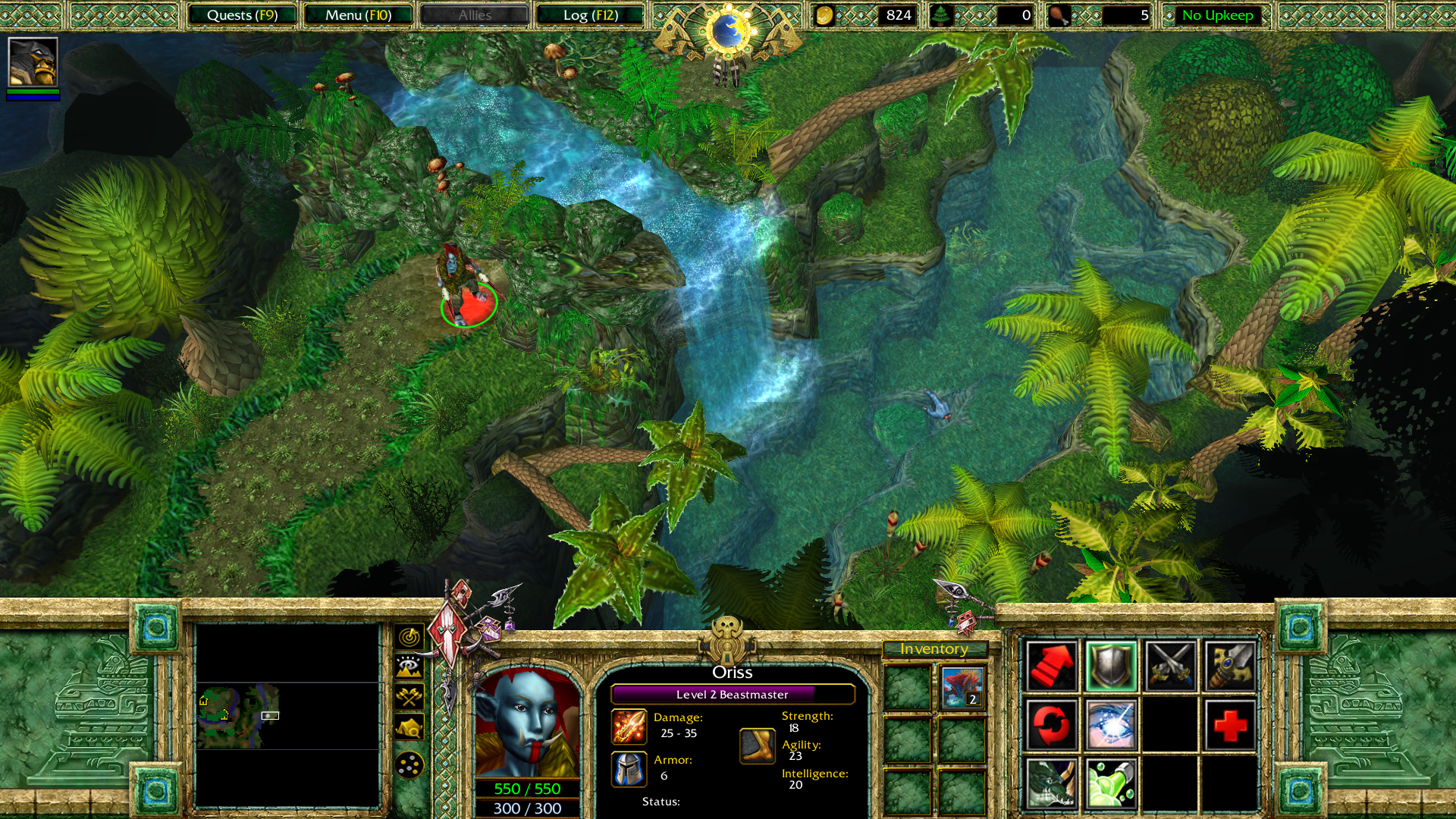 I also like that you use blizzard cliffs, because while they can look completly atrocious, if used right, they can be alright and come in very handy.

Models 11
The blizz cliffs are a conscious decision, exactly for that classic warcraft 3 feel you mentioned. A certain area later on doesn't use them, but throughout most of the map that's what I've been sticking to. Also sprucing them up with non-pathable rocks and foliage seems to cover their inherent roughness quite nicely.

Some scenery from a swamp part of the level:

Interactive scenery, to match the enterable buildings of the town:

Lower levels of a cave system (there will be jumps between above-ground and underground areas):

As always, your thoughts are appreciated. I am glad to say that we're close to the stage of a playble alpha, so watch out for playtesting opportunities that might pop up (campaign/troll enthusiasts especially).

Models 85 Icons 5 Packs 2 Skins 1 Maps 1
Very nice! I really like the world tree being used as big trees; it's not that uncommon but still I like to see it.

Cave also looks great. I dunno why, but your terraining style gives me nostalgia. I'm a big fan of strong light choices.

You gotta be careful though: In the second picture (Batch3-1b) you've put too many light sources in close proximity, creating the lightning bugs around the tilegrid-edges. Deleting lights one by one until the bug dissapears should do the trick.

Models 11
Thanks for pointing that out. Upon closer inspection I discovered the whole cave is filled with that kind of light pollution - some places worse than others.
Basically what I did was add light sources attached to @Uncle Fester 's crystal models, but for the sake of avoiding such bugs I'm remaking the cave environment as a mixture of edited and unedited crystals.

Maps 4
Well, well, well - look who it is! Welcome back frosty the mojo-man. ^^ I must admit I never saw this day coming. What a gust of fresh old air you are to this old section

I'm currently on my phone, so I can't see much, but those tiny screenshots look very classic and neat. I'll see if I can't give a little more in-depth feedback once I get on a PC, but for now I just wanted to say hi. Also, would you care to tell us a little about the idea for the campaign? Like lore and story and such.

Models 11
Thanks, man. Appreciate it.

With regards to the campaign, I'll be making a thread in the project development forum once I've got a playable map. But the jist of it is - Troll-Aqir war; pre-sundering Azeroth; the first great conflict that forced the troll tribes into forming a world-spanning empire; based within the outline of cannonical lore, but expanding on it. Mostly original characters, fully custom techtree for the troll race. Over the years I've had a lot of fun playing this particular kind of campaign (Dwarf Campaign, Joe's Chronicles to name some examples) that rides the edge of canon without contradicting it, so that's the direction I'm taking my idea story-wise.

This looks promising to me

Models 57 Icons 21 Packs 2 Tutorials 1
Once again I haven't seen absolutely everything yet but my god am I loving what I did see.

Reforged HD Models 2 Reforged HD Skins 2
I really like the environment of the terrain. I am also struck by several similarities with something I did a few months ago that made me smile. Maybe we share the same inspiration since I did not know about this project until recently hehe. Beautiful terrain