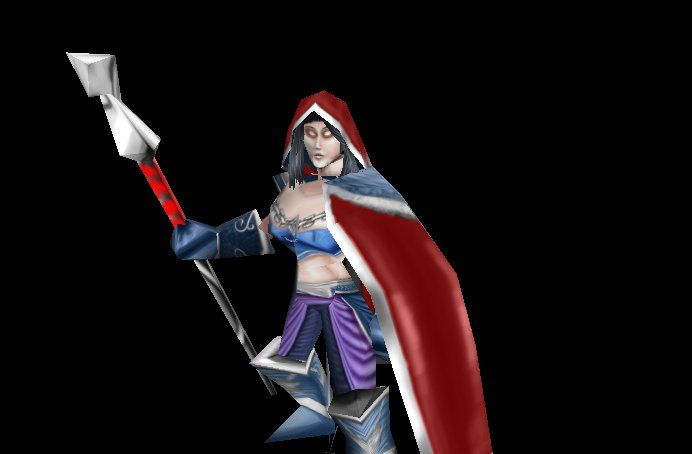 This bundle is marked as approved. It works and satisfies the submission rules.
View usage Statistics
Reactions: Hawk
Uploaded in 512x512 because the 256 version loses a LOT of detail. if youd rather have it then let me know though because ill update this.

Skins 2 Maps 1
I like it, but the eyes are a little large, don't you think?
And the top looks a little low cut.
Maybe a nice ingame shot?
I like the detail on the boots and gloves.
It would be cool if the brown part of the skin was team color.
4/5 : )

Models 1
Neat! But shouldnt her eyes be like nethery and purply? Also, its not Netherwind, its Netherwing Dragonflight.

Icons 3 Skins 3 Maps 1
It's awesome but 2 things, ((Has nothing to do with the skin ofc but, since when have Nether Dragon names ended to gosa? Answer is never, gosa is from Blue Dragonflight.)) And the second thing is exactly what Ala said the eyes

Also, there is no Aspect of Netherwing, since Aspects were made by the Titans, but this could be Karynaku, the broodmother of nether dragons.

Models 3 Skins 4
She's from the blue dragon flight. Netherwind is a term forarcane stuff in WoW. If I'm not mistaken Malygos is referenced with Netherwind. The eyes are orange because Malygos is the inspiration for this, but I wanted it to be female.
thanks for all the comments btw :]

Models 3 Skins 4
The blue dragonflight is all about mages and magic.
also quit crying about the name, either you like the skin or not. just quit crying

Ported Models 1
Her face looks like the face from a little sister from bioshock^^
I like it. Skin looks beautiful

I think the cape and staff unwrap is messed up, but it's beautiful.

Models 57 Icons 21 Packs 2 Tutorials 1
It's great, but I do believe the brown color ruins it. If the cape was teamcolored, or blue like the rest, it would have had a set color scheme, and in general would look a lot less messy, and nice. I do believe that the Aspect of Malygos would have a more royal and decorated looking armor; runes, diamonds and perhaps some "blue gold" of some sorts would improve this skin greatly. The cloak especially looks a bit too "rugged" and "simple" for such a royal wizard, plus a DRAGON aspect.

Besides, a black reptile-like "eye pupil" would help improve the simple look of the eyes.

Debode said:
It's great, but I do believe the brown color ruins it. If the cape was teamcolored, or blue like the rest, it would have had a set color scheme, and in general would look a lot less messy, and nice. I do believe that the Aspect of Malygos would have a more royal and decorated looking armor; runes, diamonds and perhaps some "blue gold" of some sorts would improve this skin greatly. The cloak especially looks a bit too "rugged" and "simple" for such a royal wizard, plus a DRAGON aspect.

Besides, a black reptile-like "eye pupil" would help improve the simple look of the eyes.
Click to expand...

hmmmm yeah. should i make the cape (and hood) purple like the "sash thing"
also, the only problem with being too decorative is it becomes a blur ingame. i'll fiddle with it though

Models 57 Icons 21 Packs 2 Tutorials 1
I believe you should make the cape azure blue with runes, or just plain teamcolor(with LOTS of shading for better effect in-game) because the skin lacks it. And, detailization never hurts, especially for cinematics and closeups, but I'm referring more to, for example, golden\blue borders for things like the boots and the cape, some diamonds or gems on the boots or gloves or something, a more detailed and decorated stuff etc.

About the wow lore.. There is no such term as netherwind. The only position it has in wow is on the mage T3 Tier, Netherwind Regalia, and on a mage talent Netherwind Presence

There are dragons called the netherwings, but they don't have much to do with Malygos(if anything)

2. The purple .. thing on the panties - purple doesn't really fit in there IMO.
3. Light skin, dark hair, oversized yellow eyes. They don't fit with each other IMOD).
4. A few other minor stuff not yet worthy of mentioning. And.. why the hell didn't you show the lower part of the skin

Overall the skin looks more like a casual mage ( or even less - a poor, skill-less mage ) than a "netherwind aspect" . Shit that's my longest comment ever.. Would give it a 3/5 right now, but I'm not going to since it's still in development, you have yet to polish it.

Models 3 Skins 4
With the cape, I'll mess around with it a bit. and make the eyes smaller
edit: also the necklace is a chain
this is my reference 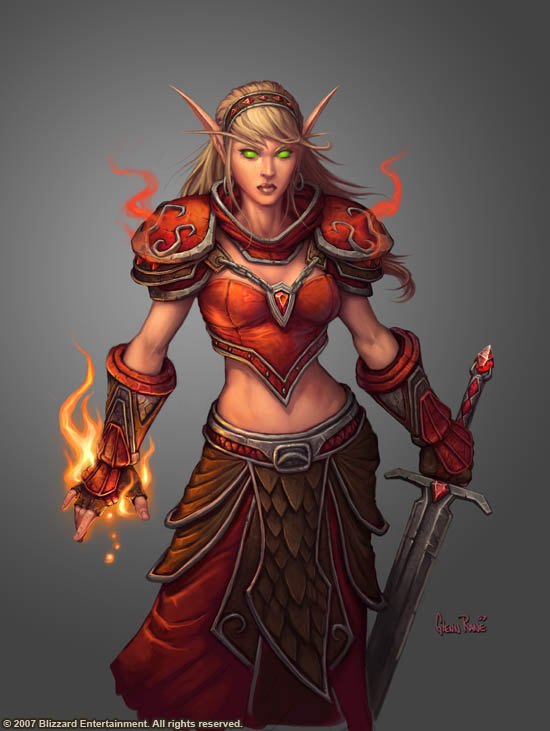 Models 57 Icons 21 Packs 2 Tutorials 1
Well, umm. The cape looks like plastic to be honest. The highlights are way too heavy. Check the Apprentice Mage's cape for inspiration.

And on the picture you've shown, the chick is more like a battle mage. Wearing heavy leather and some mail (I think) + a sword. A big-ass chain fits better on such a mage than on a half naked one, don't you think? Oh btw. I can't tell whether or not you've changed the necklace... But I think it looks better now..

Anyway, it still looks.. kind of streaky. It would look better if you took the original cape ( the purple one) then edited it a bit, so that it would fit the whole skin. The decorations on the original cape are team colored, you should keep them like that. The result - a better cape without the lost of team color.

The only thing I don't like now (except the cape) is the purple on the pants... It looks wrong.
..Oh, I almost forgot. The lower part looks good, the unwrap is nice.)

A suggestion - move the chain up a little bit. It looks awesome on the picture where you got the idea from, but on the model it looks weird.. IMO, you should make it so that it's more of a necklace, going around the neck.

Then again, it is your skin, modify it however you want. These are my ideas of improvement, I'm just trying to help you improve your skin

Maps 7
What the hell has this girl anything with dragons to do?

Lageron Doom said:
What the hell has this girl anything with dragons to do?
Click to expand...

Models 3 Skins 4
It has nothing to do with dragons. It's a serial killer. Jack the Ripper.
Now quit the QQ and talk about the skin.
Also, thanks for the comments. ill see what i can do. i'm getting kinda bored of the skin tbh... nobody seems to really wanna use it anyways

Maps 7
ok, just wondered why she did pop-up when i searched dragon :S

Models 57 Icons 21 Packs 2 Tutorials 1
She is a human aspect of a blue dragon, servant of Malygos.

Debode said:
She is a human aspect of a blue dragon, servant of Malygos.
Click to expand...

Skins 1 Tutorials 1
It looks ok. But name... Jack the Ripper, I'm confused
You must log in or register to reply here.