This bundle is marked as pending. It has not been reviewed by a staff member yet.
View usage Statistics Legacy download
Reactions: Hawkknight97, W.D. Passaland, Ageron and 6 others
Heroes of the Storm Mercenaries from the Alterac Pass map by Blizzard Entertainment.

These are the final units present on the Alterac Valley battleground. The Gnolls generally carried the same animation so they were not difficult to do (the most difficult thing was the fact the flail was not obeying gravity, which is probably supposed to be handled by the physics engine). The Gnolls are fairly contemporary units, while the Mountain Giant here is more comparable to the Ogre Creep in Warcraft 3 than the actual Night Elf unit.

By default the Mountain Giant's team color is... a bit lacking. An alternative skin is attached if you want to go the other extreme with it.

"The Stormpike clan bows to no one, especially the Horde!"
"If the Alliance won't leave Alterac on their own, the Frostwolves will force them out!"
Previews 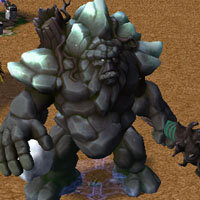 Maps 7
wonderfull models, bizzard take inspiration in they reforget gnolls from this gnols they some similar aspect

Packs 3 Maps 1 Templates 1 Reforged HD Models 23 Sounds 22
how were you able to port their animations cleanly ?

Not really. Buildings are really not that different from what's in Reforged anyway and I wouldn't even know where to begin with the environment.

Hogger pls
You must log in or register to reply here.