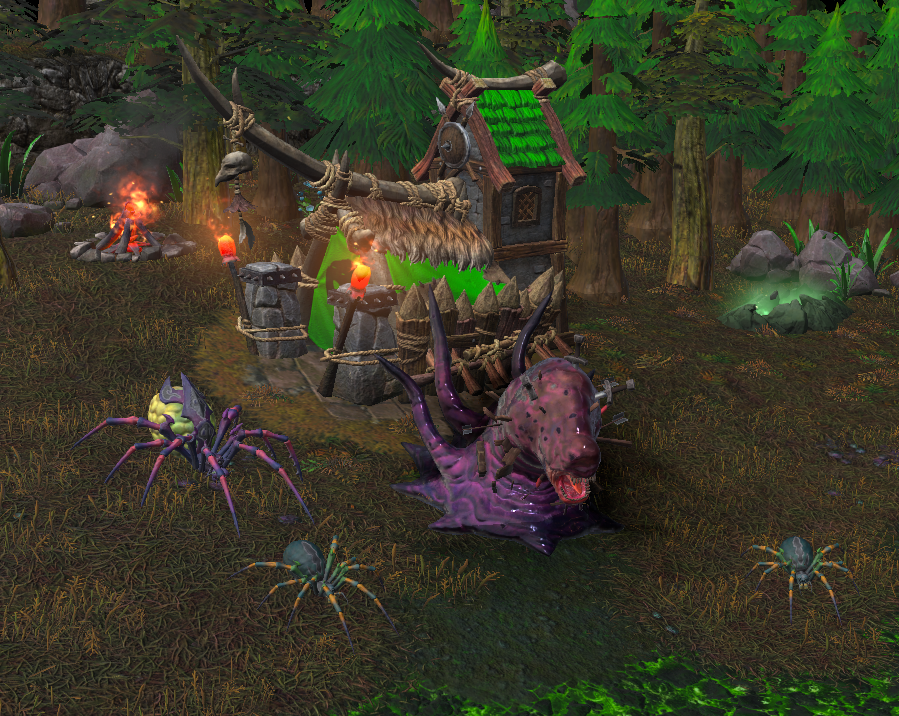 Mapdiscription:
Only recently, there is a story told in the taverns about a haunted, flooded valley where toxic waters and creatures can become the grave of the incautious.

Creator's Note:
I always loved to see SV played and only recently people started to mention the map and suggesting it. Following the balancediscussion I decided to give it a try. 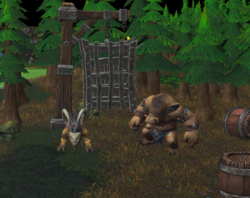 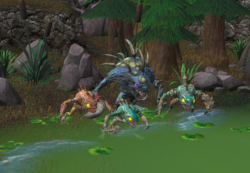 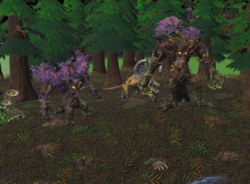 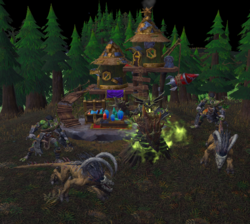 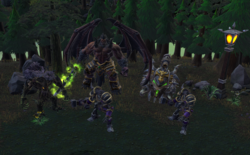 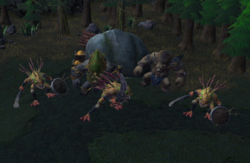 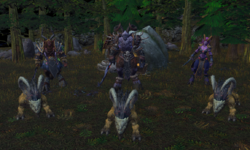 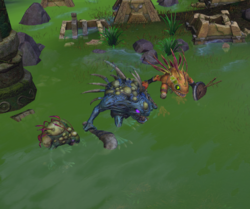 mafe
Ok, a nice variation of Secret Valley. It looks quite good in the new tileset actually. There is a minor bug with the ramps at the lategame expansion: The ramp-cliff transition are not smooth, comparable to this screenshot: Regarding gameplay...
Read full review...

Maps 10 Tutorials 1
Ok, a nice variation of Secret Valley. It looks quite good in the new tileset actually.

There is a minor bug with the ramps at the lategame expansion: The ramp-cliff transition are not smooth, comparable to this screenshot:

Regarding gameplay, there are several details which I think have room for improvement:
-Creeps with disease cloud are just a bad idea. Undeads are immuns, while every other race takes 120 damage on each unit that touches this creep.
-Generally very few medium armored creeps. This should make creeping with melee units slower than on other maps. Unfortunately, there is a general lack of medium armored creeps on many tilesets, including Felwood.
-The placement of doodads makes it easier to AoW-creep the merc camp in the southwest than in the northeast.
-In the north, the murloc flesheater between the highground expansion and the main base has a 50% chance to drop a lvl 2 item, while his equivalent in the south has a 100% chance for a lvl 1 item? A similar situation happens at the expansions.
-I don't recall SV being an easy map to expand on, and these creeps look even harder then the original. At least the opponent doesnt have a fountain to heal here.
-At the creepcamp in front of the base, why does the lvl 3 felhound drop the item instead of the lvl 4 furbolg?
-Not really an issue, but with a Felwood map, you could use dark trolls instead of forest trolls.
-I'm convinced the Felwood merc camp is imbalanced (discussion in the guide in my signature). To keep with the theme of the map, outland mercs might be a better choice, but unless either mercs are really playtested in 1v1s, it is mostly theorycraft.

Other than that, the creeps and items look good.

Most of this is debatable anyway. I hope that you will fix the ramps and the flesheater drops as the only "objective" mistakes. Of course, feel free to consider the other stuff too. Given the general quality of the map otherwise, and the fact that I believe you are likely to make these updates anyways (or explain why you dont want to), it would be excessive to insist on an update. Therefore map approved.

Maps 4
Thanks for you feedback and the pointed out stuff!

1. Creeps with the disease cloud

- Ill keep them since its a Camp far away and only little important + in the later stages the camp is not that hard to creep (kill the disease guy first, keep melee away)

3. different drop % at some creepcamps

- tested it, the camp is relatively easy to creep, combined HP of all creeps = below 2500 + no bloodlust or alot of dmg

8. minor bug with the ramps at the lategame expansion

- fixed it for the upper one, no idea how to fix/if there even is a a visual bug down at the choke
You must log in or register to reply here.